If you're a fan of the paranormal, then here are ideas of what you should watch this week. The paranormal themed television shows listed below will be airing over a seven day period from Monday 1st July, 2019.
These television listings include paranormal television shows airing in the UK on free-to-air channels, as well as pay TV services like Sky, Virgin Media, Freesat, YouView, BT TV and TalkTalk TV. Here you will find paranormal reality shows with tales of real ghost stories, ghost hunting shows, and supernatural dramas and comedy. 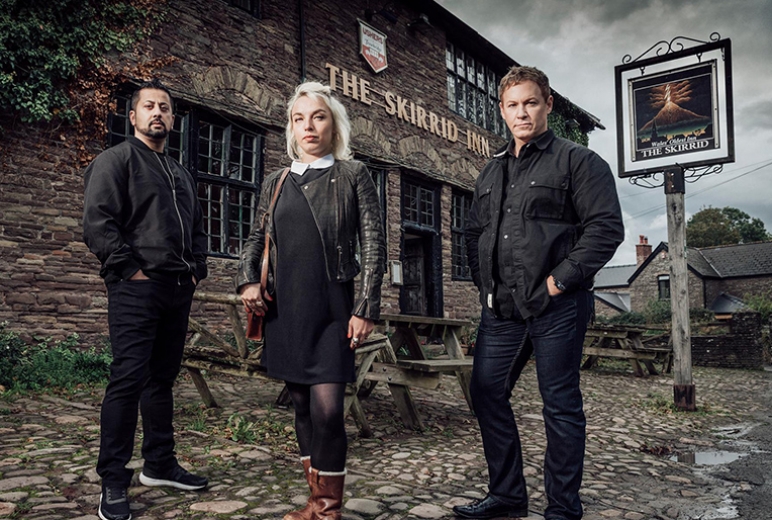 On Friday night at 10pm on Really there's another chance to see Sandy Lakdar, Barri Ghai and Chris Fleming investigate the oldest pub in Wales, which is said to have hauntings associated with the inn's grim past of murder and execution.
The Skirrid Mountain Inn in the Welsh town of Abergavenny is a seemingly homely pub and hotel, which first opened its doors nearly a thousand years ago. It's home to terrifying reports of a malevolent spirit. The pub's owner, Geoff Fiddler said, "it certainly had a fearsome reputation for ghosts and strange happenings, but I was quite willing to take it on and find out for myself."

Since moving in, Geoff has had a fair amount of paranormal experiences, including a sighting of a full apparition, ghostly music drifting through the building and a member of staff hearing the name "Fanny Price" whispered in her ear. Drinkers often report feeling sick, nauseous and dizzy.