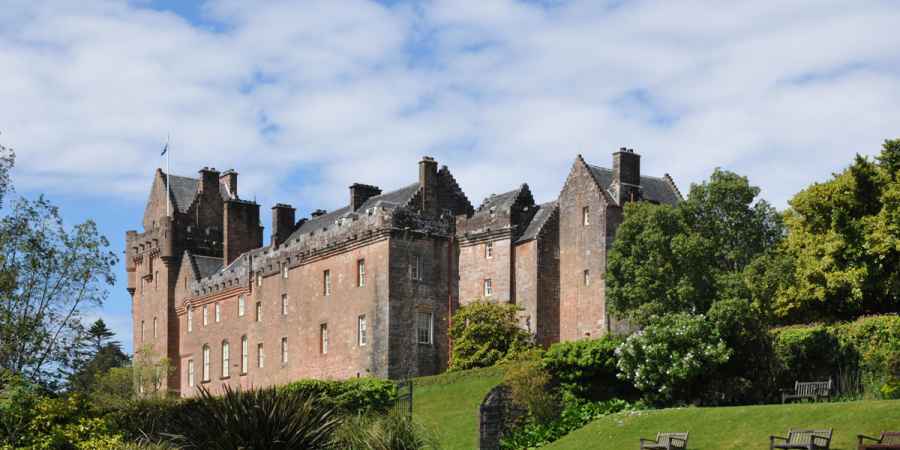 Situated on the Isle of Arran, Brodick Castle has a history dating back to 1510. With so much history, including stories of suicide and murder, comes claims of the supernatural. Almost every room in Brodick Castle is said to be home to paranormal activity, which includes dark shadow figures, unexplained whispers and trapped sprits that are forced to play out moments from their lives over and over again.

Several parts of the castle, including the kitchen, the battlements and the east tower, are said to be haunted by a Grey Lady. She's thought to be a former servant of the castle who had an affair with the captain of the guards. After falling pregnant, she was forced to leave the castle and with nowhere else to go, drowned herself near the castle.

The castle's library is said to be haunted by an unidentified ghost of an old man, while a female spirit has been reported who is believed to have died of starvation after being locked in the dungeon while infected with the plague. There's also been sighting of a phantom white stag in the grounds that appears to warn of imminent deaths.