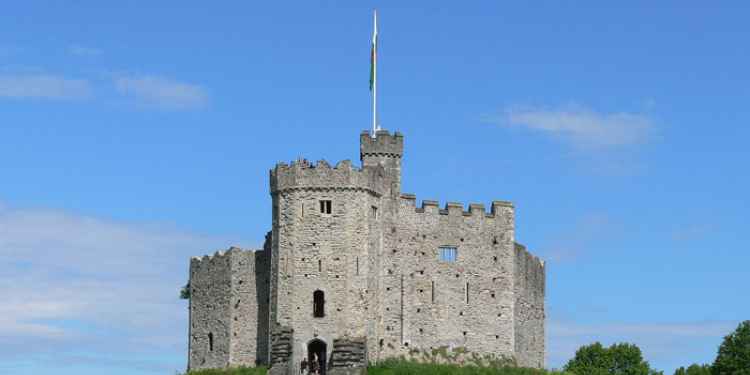 A medieval castle located right in the heart of Cardiff city centre. There's been a castle of some form on the site going right back to the 11th century. The castle is now one of the most popular tourist attractions in the city.

Like most castles, Cardiff Castle has its share of resident ghosts, most of which can be found in an area known as "the palace" in the south-west corner of the castle grounds. Visitors to this part of the castle have reported seeing a strange mist, which takes the form of a faceless woman in a grey dress. The ghost is said to move things around in the early hours of the morning in the stock room. The ghost has also been blamed from opening and closing doors, causing lights to flicker and rearranging furniture.

The Second Marquess of Bute, John Crichton-Stuart and six generations of his family lived at the castle. The Marquess died in the castle and is said to have been seen walking through walls and fireplaces as well as in the chapel where he died. His wife, Lady Sophia Rawdon-Hastings has also been spotted floating through the castle grounds at night.