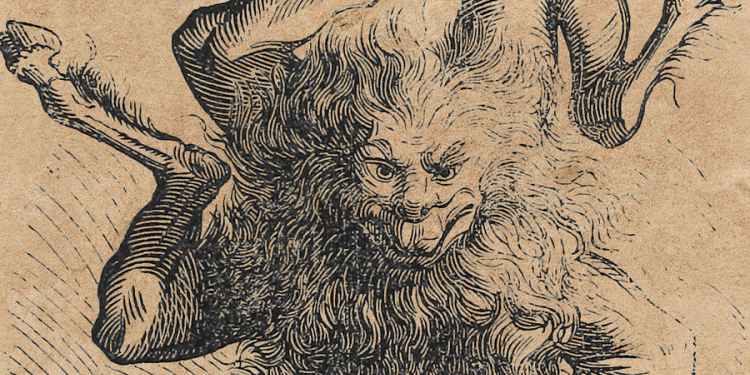 Photo: © Louis Le Breton
There are countless demons with their origins in ancient theological, occultism, mythology, and folklore. In some cases the religions that consider them deities, other times they are deemed to be pure evil.
Demonologists from Ancient Greece to modern day have made it their life's work to identify, name, and categorise the demons they encounter, but how much do you know about these often malevolent supernatural beings?

1. Which demons is said to be able to stop runaway people running and can cause earthquakes?

2. Beelzebub is the prince of all demons, he is said to resemble a giant version of an insect, but which one?

3. Which demon represents the third of the seven deadly sins, lust?

4. A Phoenix is a demon that appears as a bird, but how does it lure people to their death?

5. Which demon is said to appear as a mermaid and can cause storms at sea?

6. Where would you find a type of demon known as Hydriel?

7. Which demon is believed to kill newborn babies, as well as causing stillbirths and miscarriages?

8. Baphomet's appearance is used as a symbol for satanism, he is half human and half what?

9. Which demon is blamed for tornadoes and the destruction they cause?

10. What does the demon Valefor encourage people to do?


11. Which demon is supposed to be responsible for separating the soul from the body at death?

12. Perhaps Kunda is a demon many of us have experienced, it's said that he is the cause of bad behaviour during which activity?

13. Which of these demons do NOT attack their victims during the act of love?

14. What is the demon Autak said to be responsible for making men do?

15. Which of these demons is often used in the Christian bible as another name for the devil?

16. Which common ailment is the demon Antaura said to cause?

17. Which demon has such a powerful smell that anyone who summons him must wear a magic ring to protect themselves?

18. Itzpapalotl is the patron of all witches and thanks to her magic cloak transforms into what creature?

19. Which destructive demon is blamed for great fires that destroy towns and cities?

20. Mammon personifies the second of the deadly sins, greed and serves as hell's ambassador to which country?