The 'Are You Haunted...?' Team Officially Launch Their Countdown To Halloween With A New Episode This Sunday 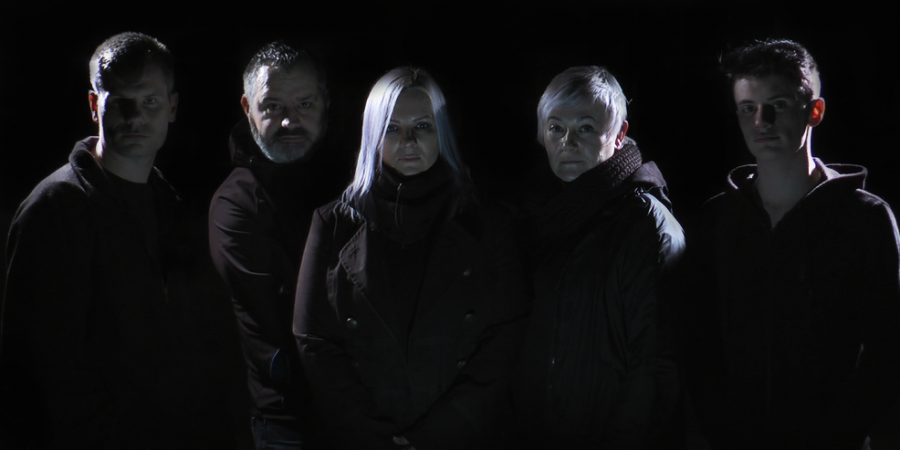 Phil and Sara Whyman have announced that a new episode of their paranormal web series, 'Are You Haunted...?', will drop on Sunday.
As always the husband-and-wife ghost hunting team will be joined by fellow investigators Jane Carrigan, Dale Dickinson and Ben Woodward for their first episode in series since before lockdown.
The second series of the award winning paranormal series started earlier this year, but was put on hold during the global coronavirus pandemic due to lockdown restrictions.
Now for the first time in five months the series will resume as fans will get to find out which location the team will choose to investigate in episode four.

Not only does Sunday's new episode mark the return of the second series, but also the countdown to Halloween. The team are set to release three new episodes before the big night in October and Sara says fans are in for a treat. She said one of the locations is very unusual and unique, "I know people will enjoy watching this one for the venue as much as anything else, we were very honoured to be allowed access in there.
The three episodes build to the team's two-night Halloween special which they filmed at Tutbury Castle last month. Not wanting to give too much away, Sara said, "I will just say we had a VERY good experience at Tutbury and it certainly did live up to its reputation!"
The Halloween special will feature paranormal historian Lesley Smith, as well as one lucky AYH viewer. Last month we teamed up with the show to give one viewer the chance to spend a night hunting ghosts with the team during their filming at the medieval castle.
Our lucky winner, Anita, got to investigate with Phil, Sara and the rest of the team, adopting their trademark back-to-basics approach to ghost hunting, relying purely on their own senses rather than questionable ghost hunting gadgets.
Tutbury Castle served as a prison to Mary Queen of Scots, and offered shelter to Charles I during the Civil War, but today the castle is just as famous for its ghost sightings and paranormal phenomenon as its important history.
The castle, much of which was dismantled by order of Oliver Cromwell, is said to be haunted by a dark hooded figure and the ghost of a man seen wearing full Tudor armour. In the king's bedroom visitors are said to have suddenly fainted for no apparent reason.
You'll be able to find out what the 'Are You Haunted...?' team uncover at the castle in their Halloween special, and perhaps we'll also find out why a mysterious hand keeps popping up in the show's social media posts.
The first of the three new episodes will be premiered on Sunday August 30 at 9pm on the show's official YouTube channel. Phil and Sara will announce more episode dates as we get closer to Halloween.
Tags:
paranormaltopcialare you hauntedhalloweenhalloween 2020