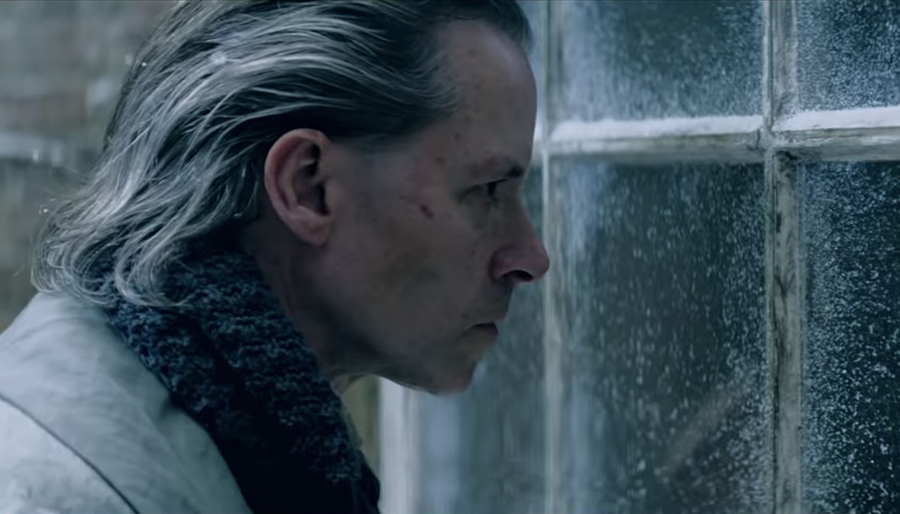 A new television adaptation of 'A Christmas Carol' from the creator of 'Peaky Blinders' is coming to BBC One this December. Charles Dickens' classic Christmas tale of the miser Ebenezer Scrooge is possibly the greatest ghost story ever told.
The three-part festive drama starts December 22nd on BBC One and iPlayer, and stars Guy Pearce, Stephen Graham, Andy Serkis, Joe Alwyn, Charlotte Riley and Vinette Robinson.
The cold-hearted money-lender, Scrooge, has been portrayed by several actors over the decades, including Patrick Stewart, Reginald Owen, and our personal favourite from the Muppets' version, Michael Caine. This time around, Guy Pearce ('Memento' and 'L.A. Confidential') will play the tight-fisted boss of Bob Cratchit.
The BBC's Christmas offering is the first major adaptation of Dickens' timeless story since Robert Zemeckis' re-worked it for Disney in 2009. Zemeckis' 3D computer-animated version of the Victorian classic starred Jim Carrey as the pointy-chinned Ebenezer.
Fans of the original Dickens story will be pleased to hear that the writer and executive producer off the new BBC version, Steven Knight, has tried to stay faithful to the original text.
Knight said, "this production of 'A Christmas Carol' will respectfully present what we believe to be a timely interpretation of a timeless story." Although true to the original plot, he added, "expect some surprises and lots of snow."
Knight, who is re-working other Dickens books for the Beeb, said "it is a true privilege to have the opportunity to offer a new interpretation of a timeless classic."
The BBC describe the festive special as a unique and original take on the Charles Dickens' iconic ghost story by Knight and a haunting, hallucinatory, spine-tingling immersion into Scrooge's dark night of the soul.
Piers Wenger, Controller of BBC Drama, said earlier this year "we're incredibly excited that filming has begun on Steve Knight’s brilliant interpretation of 'A Christmas Carol,' with Nick Murphy directing a phenomenal cast in what promises to be an iconic version of the classic tale."
Speaking about the new version of the story, Guy Pearce said, "I think what Steve Knight wanted to do with this was to look at Dickens' original material and dig in further. There's a brutality and a gravity to it that reflects real life more than a lovely, safe, snow-covered Christmas story."
Pearce says when we meet his character, Scrooge, we get a sense that he misses his business partner Marley, who has died. He says "we also get the sense that he has a toughness to him, he doesn't crumble under things that are difficult for him, he just gets tougher and tougher and builds this wall up that enables him to continue to function in the world. Through the course of the story, that begins to come apart and unfold and we really see how vulnerable he is."
As arguably the most famous ghost story of all time, the special will echo back to the forgotten Christmas tradition of ghost stories at Christmas. Although the annual Christmas Eve ghost stories haven't a been a regular part of a Christmas TV listing for a good few years, for decades it was a long-running tradition at the BBC.
Since the 1920s, ghost stories at Christmas were regularly broadcast on BBC radio. Then more recently, in the 70s, for eight years they broadcast a television version every Christmas Eve, 'A Ghost Story For Christmas'.  Most of the stories portrayed by the BBC were from the Victorian era including those of M.R. James.
'A Christmas Carol' will air on BBC One over Christmas and will be available to watch on the iPlayer. The first part will be shown at 9pm on Sunday 22nd December, with parts two and three airing on the following two nights from 9pm.
Tags:
paranormaltelevisiontopicalchristmas