This article is more than four years old and was last updated in November 2019. 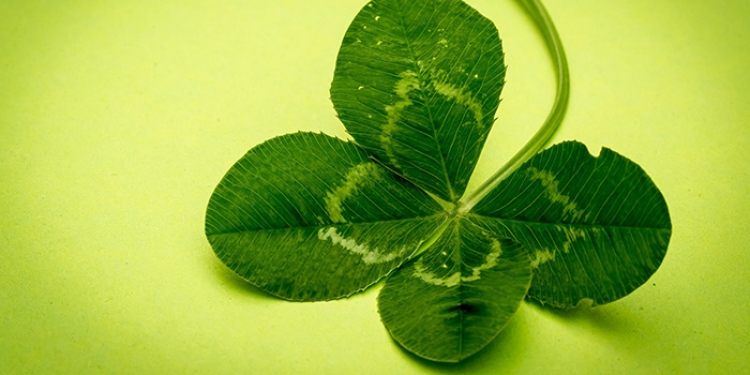 Photo: pixabay.com
Friday the 13th is said to be the most unlucky date in the calendar. If you're superstitious, then you may be looking for ways to repel bad fortune this Friday 13th.
There are two Fridays this year that fall on the 13th day of the month, one in April and one in July. So now is a good time to luck at the most common good luck rituals that people believe actually work, which includes keeping a penny on you, blowing on dice before you roll, and wearing lucky pants.
A poll of 2,000 adults found that many people always try to avoid cracks in the pavement or wear a pair of lucky socks whenever they need things to go their way. One dog-lover even admitted to kissing their pooch on the nose every morning for luck before they leave the house, while another rubs their pup's belly "like a lucky Buddha."
A lucky dabber is an essential charm for one Bingo enthusiast when they go for a game, while a more spiritual Brit puts their faith in an arrangement of crystals around their home to bring positive vibes. It also emerged one in four people enact their lucky ritual every day, and considers it bad luck to skip it even on a single occasion.
Greg Tatton-Brown, who knows all about luck, said "luck is a tough concept to reckon with. Is it a real, invisible energy acting on our lives, or does it all exist in our head to explain when the scales tip in our favour?"
"Whatever the case, it seems Brits aren't ready to chance it, just in case luck really does make a difference. If so, it's probably worth slipping on those lucky socks."
Seven in ten people are convinced that observing their fortune-boosting rituals have brought them luck in the past, with 14% relying on a pair of lucky socks when they need a charm to see them through the day. And one in seven have a particular pair of undies they consider luckier than the rest.
One in ten have a lucky catchphrase or mantra they utter to themselves and 42% keep their eye out for their lucky number wherever they go as a sign of good karma.
A third attribute an unexpected windfall of cash they have received to their ritual, and 12% believe their lucky superstitions have helped them to avoid injury.
One in eight thank their lucky stars for putting them on the path to meet the love of their life and one in ten believe they would be having a tougher time in their work life were it not for their good luck.
Researchers also found that one in seven have a secret lucky habit which they believe is completely personal to them, and to tell anyone about it would cause it to lose its good-charm powers, and one in ten have been made fun of for observing their lucky habit.
But while one in five believe luck in life has generally smiled upon them, 23% currently feel on the wrong side of the coin.
Greg added, "it can be a comfort to apply a system of order, like the idea of good and bad luck, to the unpredictable movements of our lives, and it is nice to feel like we are in control of our destiny in some way."
"And who are we to say? It's wonderful to read some of us believe good luck brought us together with loved ones and changed lives for the better, even if the true cause was probably the random whims of the universe!"

1. Have a lucky number
2. Keep a lucky penny
3. Avoid stepping on cracks
4. Wear lucky underwear
5. Wear lucky socks
6. Wear another item of lucky clothing
7. Have a lucky catchphrase
8. Avoid walking on three drains
9. Blow on dice/coins before rolling or flipping
10. Keep a four-leaf clover
11. Have a lucky song
12. Watch a lucky movie
13. Spinning around on the spot three times
14. Clicking my heels together
15. Turn lights off and on a certain number of times