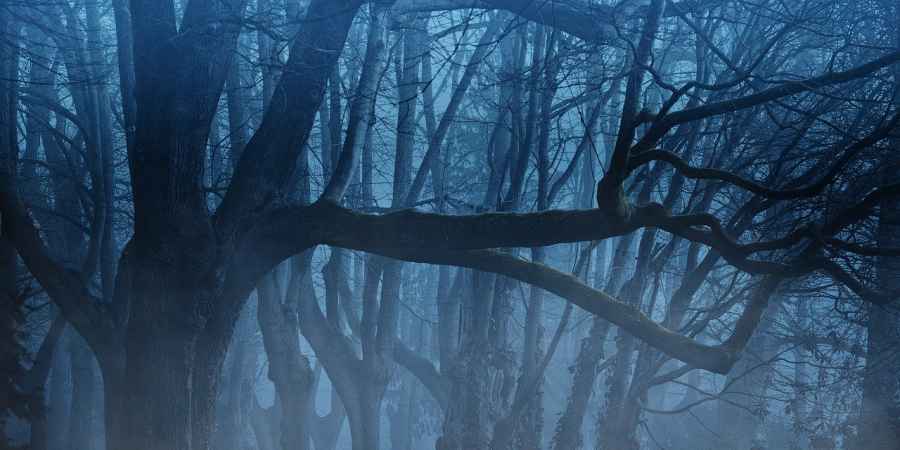 Photo: pixabay.com
We've all heard of the witching hour, but little is known about its historical origins and even the time of the witching hour is disputed.
According to folklore, the witching hour, sometimes called "Devil's hour", is the time of night that ghosts, spirits and demons are most active. The first recorded use of the term was in a British newspaper in 1857, but colloquially the term dates back to at least the 16th century and is said to be a time when black magic is more powerful, psychic medium's abilities are stronger and bad luck is more prevalent.
For some the witching hour occurs between midnight and 1am. Midnight is the mark of a new day, and in folklore a time when spells are broken and magic wears off, whereas most paranormal investigators agree that the peak of the witching hour is 3am. While some include the 2am hour in the lead up to the 3am peak, 3-4am is the most commonly agreed upon time in the paranormal community for the witching hour, a time when witches are supposedly active.
Ghost hunters believe that at 3am the veil between our world and the spirit realm is at its thinnest allowing ghosts to come through, but not just ghosts. Also angels, demons and perhaps even the Devil himself.
Three is a very significant number in terms of demonology and demonologist will sometimes refer to the witching hour as "high noon" of the demonic day. People who suffer from hauntings thought to be demonic in nature often find three unexplained scratches on their body or mysteriously wake up at exactly 3am every night.
There are some long-standing religious connotations associated with 3am and the number three in general. It's said that Jesus was crucified at 3pm. Since all things demonic are the opposite of the positive and good, this makes 3am the Devil's hour and a time for demonic activity. Demonologist will tell you that this activity often comes in groups of threes - a form of intentional mockery of the Holy Trinity.
There's a good example of this in popular culture in the 2013 movie, 'The Conjuring'. The movie is based on a real-life paranormal case file of husband-and-wife investigation team Ed and Lorraine Warren. In the film Ed tells the homeowners who are the victims of a haunting that the three knocks they are repeatedly hearing at could be a demon. He says, "sometimes it's meant as an insult to the Trinity - the father, the son and the holy spirit."
It's also said that according to Christians, the witching hour is especially prone to paranormal activity due to the absence of prayers around this time of the early morning. Whether that is based on the number of concurrent prayers globally or not is unclear and would have a lot to do with prayer habits in different timezones.
In fact, it all gets a little confusing when you consider timezones, not to mention clock changes due to daylight saving time. Some who are more spiritually tuned say that there is an energy wave that travels around the Earth hitting each different region between 3 and 4am. If this is the case the then witching hour would slip an hour when certain countries observe daylight saving time.
We've taken into account daylight saving time and different timezones around the world to calculate in realtime which spots on Earth or currently in the middle of the witching hour. In the timezones listed below it is currently between 3 and 4am.

It's currently the witching hour in...

Loading times...
Even if the time of witching hour is disputed, the phenomenon isn't. Many find the very idea of being awake between 3 and 4am terrifying. So many in fact that it has an official name, triaoraphobia. The name comes from the Greek words for "third" and "hour" - "tris" and "hora".
Is their fear down to the general feeling of unease when waking up at night in the middle of a time that is said to be evil and unlucky, or are they genuinely more likely to encounter a ghost during this hour?
Well, it is true that ghost stories are more prevalent at this time of day. However this could just be because if something spooky happens in the night you are more likely to notice the time. Usually if you are suddenly awoken, the first thing you do is check the time.
There are plenty of documented examples of ghosts sightings that happen at 3am in the UK alone, including the tale of a woman in Brighton, who reported waking at 3am to find a black skull levitating in front of her. There's also a story of the ghost of an unknown man seen praying in a church in Hertfordshire. His spirit was also seen in the vicarage - always at 3am.
There are also countless documented reports of ghosts appearing to witnesses in daylight hours too, which does bring us back to the point that perhaps people just notice the time more when they're woken suddenly by a ghost.
It's not just ghosts and spirits that thrive at 3am. Many psychics and clairvoyants say that their ability to communicate with the dead is stronger during the witching hour, perhaps this is due to the barrier between our world and the spiritual realm being thinner at this time of night, or simply the fact that there are more spirits around to communicate with.
The feelings of negativity that surrounds waking up at 3am could also be due to the countless stories of bad luck and misfortune that take place during this hour of the night. Many think that between 3 and 4 there is a greater likelihood of something bad occurring, and the hour is generally said to be an unlucky one.
It was just after 3am when Butch DeFeo Jr murdered six members of his own family in November 1974 in Long Island. His story went on to inspired the novel 'The Amityville Horror', which later became a series of supernatural horror movies. 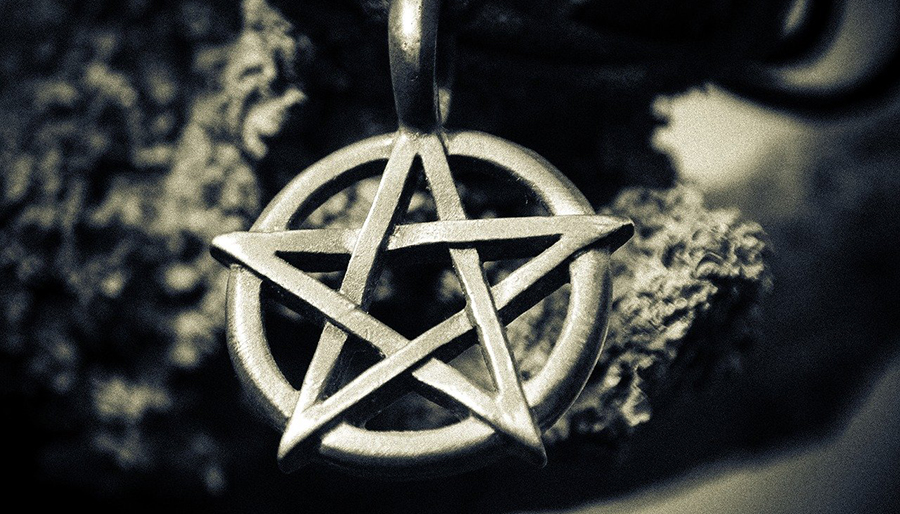 Photo: pixabay.com
So, what about witchcraft itself? Surely witches have something to do with the witching hour. Well, it was believed that witches were more active and more powerful during the witching hour, especially when it came to black magic which would be more powerful when performed during this time. In fact at one point in history any woman caught out of their home during the witching hour without a good reason risked being executed on suspicion of witchcraft.
Of course, the concept of witchcraft, which is generally benign, has been demonised by the church and Hollywood movies, so tales of sinister meetings of covens and witches getting up to no good in the early hours of the morning is probably not based on any real historical basis.
There may be a more rational explanation for the fear of 3am rooted in psychology that is linked to our natural sleep patterns. Psychologist have stated that we are more likely to experience what we perceive to be haunting-like-phenomenon between 2 and 4am, because this is believed to be the time in the night when most people transition from a deep sleep to a light sleep - a phase called REMS (Rapid Eye Movement Sleep).
If you are suddenly awoken during REM sleep, then you may feel a heightened sense of disorientation. The average person wakes multiple times each night, but waking around 3am at the point when sleep is lighter can make it harder for us to get back to sleep, making this 3am wakeup more memorable.
If you're feeling brave and want to embrace the fear associated with the witching hour, then you might want to try the 3am Challenge. The challenge was a popular YouTube trend a couple of years back that saw video creators seeking out paranormal activity specifically during the witching hour. The challenges can be anything from using a Ouija board, to talking to your shadow, or even calling upon the Devil himself.
If you've experienced something odd at 3am, then let us know in the comments below, or why not try to capture it on camera the next time it happens? Until then, sleep well.
Tags:
paranormalwitchcraftsuperstitions