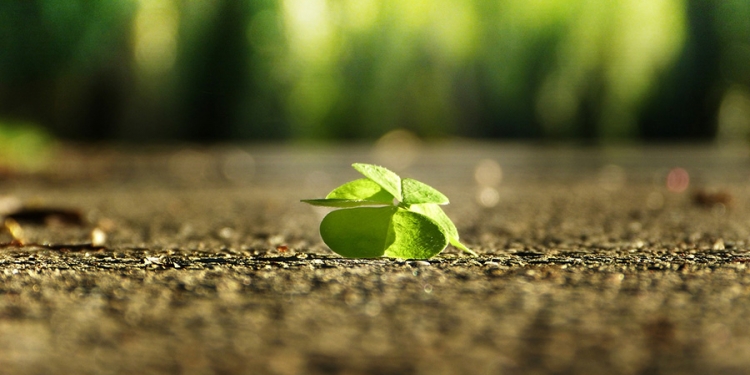 Photo: pixabay.com
Friday 13th is fast approaching, a day which is said to be poor fortune and misery, but the superstitious among us have a few ways to deal with this unlucky date in the calendar.
To make matters worse, this Friday 13th will be a full moon - a time of the month that is said to result in an increase in paranormal activity, misfortune and criminal behaviour. Some think that this could be as a result of the brighter than normal light from the Moon keep people awake. This could lead to sleep deprivation that prompt irrational behaviour.
A new survey has found that Friday 13th is intimidating to many, as a wary 48% admitted to taking more care to avoid bad luck omens - though over half labelled the traditionally unlucky day as "nonsense".
Around half of us believe that old superstitions such as keeping your fingers crossed and not walking under ladders could shift our luck on Friday 13th.
The researchers, who carried out a detailed study among 2,000 adults, found that over a third would describe themselves as "lucky", and put their good fortune down to adhering to rules such as never stepping on cracks in pavements and throwing spilt salt over their shoulder.
Four-leaf clovers were revealed as our most trusted lucky charm, with 40% putting faith in their luck-giving properties, whilst 35% have trusted in a birthday wish when blowing out candles.
A surprising one in five people even claim to have experienced good luck after a bird pooed on them, the poll found. So, it might be worth standing under a tree on Friday.
Other things people put their faith in to bring good fortune include blowing on dice before they roll them, always choosing the lucky number seven and making a wish when discovering a lost eyelash.
On the contrary – smashing mirrors, leaving the Christmas decorations up too long and putting an umbrella up indoors were all believed to bring misfortune.
This research shows that even in this modern technological age people still put their faith in superstition and ritual to nail that exam, impress on that date or get the promotion they've been working towards.
The research also showed that good luck charms proved most popular surrounding nerve-wracking events, with 40% paying more attention to superstitions before a job interview.
Exams and tests were another good reason, whilst a fifth of people use them to improve their chances when playing the lottery or bingo.
One in ten optimistic parents to-be have tried a lucky ritual when trying to get pregnant, whilst a further 20% felt a need to be superstitious whilst attending a wedding.
Researchers also found that whilst many will chase a good luck charm, they will equally avoid a bad omen.
Crossing on the stairs, putting new shoes on the table and walking over cracks in the pavement were all things respondents were keen to avoid.
And a fifth of adults will fret over bad luck coming their way if they forget to salute a solo magpie.
When asked about which areas of life they're luckiest in, one in four adults claimed to receive the best luck in their family matters, but less fortunate when it came to money and finances.
But maybe the date has nothing to do with it, as a staggering 60% of us think some people are just born luckier than others, though only 18% believe they were one of these blessed babies.
A gloomy fifth of adults believe they're unluckier than the norm, with most blaming fate for their misfortune.
Others put their bad luck down to their own pessimistic attitude, whilst a blameless 17% think they must have been cursed.

Perhaps the easiest way to ensure your luck doesn't turn sour this Friday 13th is to perform a very simple bit of ancient witchcraft known as the red thread spell.
It's said that a red thread tied with nine knots is a traditional charm for good fortune and protection, and the colour red is universally believed to protect against evil and bad luck. Once the thread has been knotted you can wear it as a wristband, tie it to a tree, hang it around your home or keep it safe in a bottle or jar.

Superstitions To Keep You Lucky This Friday 13th

Four leaf clovers
Crossing fingers
Wishing when blowing out candles
Finding a penny
Something old, new, borrowed and blue on your wedding day
A shooting star
Seeing a black cat
Making a wish on a wishbone
Bird mess landing on you
Money spiders