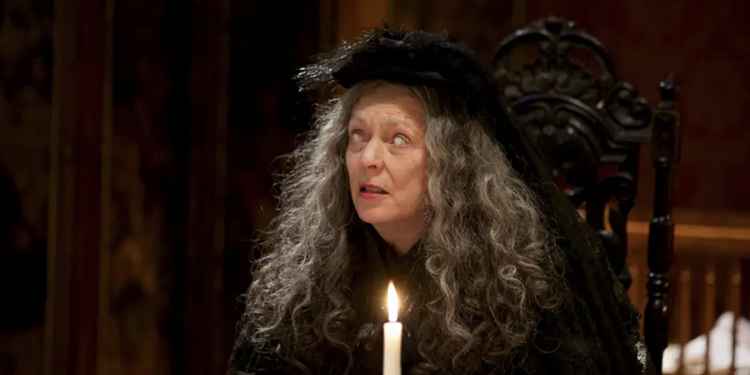 BritBox is a digital video streaming service formed by the BBC and ITV to bring some of their massive archive of TV shows to millions of tv fans in the UK. Channels 4 and 5 have also signed up to make some of their archive programming available. It launched in the UK on the 7th November and there's a few paranormal-themed shows like Inside No. 9 available to watch, so we've signed up, had a quick nose around to tell you if it's worth your money.

The streaming sector is getting pretty crowded in the UK right now. In addition to the 'free' services such as the BBC's iPlayer, ITV Hub and All 4, you've got the paid for services, the big two being Netflix and Amazon Prime. Apple have launched their TV+ services in the UK, and there are lots of other on demand services, not least Now TV from SKY and YouTube TV from Google. Arriving on the 31st March next year is the Disney streaming service, which will have the Marvel, Star Wars – including the new Mandalorian tv series, and Disney film archive for your viewing pleasure.
Not enough for you? HBO Max will also be arriving next year, including a whole load of HBO content (Game of Thrones, Succession, Chernobyl etc) and as the parent company is Warner, you can expect Warner films on there too, which includes the Harry Potter, Lord of the Rings and DC Comic movies.
Still want more? NBCUniversal is due to launch sometime next year.
Considering where we were only a few years ago, that is a hell of a lot of content available to watch for only a few quid a month, so is there a place for BritBox?
Britbox initially seems unnecessary – surely all these channels already have online platforms that they can stream their content on? Up to a point. When we're talking about older programs this brings up the whole issues of rights issues for shows. Some are owned outright by the broadcasters, many aren't though. This is why on iPlayer and other streaming services you currently see shows dropping off at some point, usually around a month, or up to a year for some shows on iPlayer. It's understood the BBC at least are keen to add more archive material to the iPlayer, but at the same time they're constrained by the cost of doing so. So at some point you need to pay. The same argument is made to justify the BBC selling their shows on DVD. “But I've already paid for it!' is the argument. Yes, you've paid to watch it broadcast, and you've paid to watch it on iPlayer. You haven't paid to see whatever you like, when you want, or for the BBC to send you free DVDs of their shows.

What does it cost?

Britbox costs £5.99 a month, with thirty days free trial – which you can cancel at any time, there's no minimum term contract. So you can just drop in and out when you want.

How do you watch BritBox?

At the moment you can access it on the web, via Apple TV, Samsung TV, iOS (iPhone and iPad) and Android devices.
If you have a Samsung TV, you'll find the BritBox app in the apps menu.

What can you watch?

The big question, what is currently available.
Some of the biggest dramas on British TV in recent years are there from day one, in fact, that's the main boast of BritBox at the moment, that they have more BRITISH boxsets than any other streaming service, with a library of 283 sets vs 181 on Amazon Prime and 163 on Netflix.
Shows such as Broadchurch, Downton Abbey, Inspector Morse, Hustle, Jonathan Creek, Midsomer Murders and Wolf Hall. Same for comedy and period drama too. A lot of these shows you may already have seen when they were originally broadcast, or possibly picked up on streaming. So what's special about BritBox? For us, it's really the sprinkling of older shows which are currently on there, mixed with some great classic films.

Our pick of BritBox

TV Shows
Inside No.9 – If you haven't seen this yet, you've missed a treat. Reece Shearsmith and Steve Pemberton, best described as black comedy. Every episode is a self-contained story, only linked by the presence of a number 9 and a statue of a brass hare hidden somewhere in each episode. Be sure to re-watch the series 2 episode 'Séance Time' for your fix of ghostly goings-on.
The League of Gentlemen – One of the most original TV series ever made, half of the cast went on to make Inside No.9. It's a twisted look at small-town England with a cast of the truly bizarre.
Life on Mars – Time travelling police drama starring John Simm. How would YOU cope if you got hit by a car and woke up deep in the 1970s.
Doctor Who - There's over 600 episode of the classic British sci-fi series. Follow the adventures of a Time Lord, a time-travelling humanoid alien known as the Doctor, in 27 series of the show that were originally aired between 1963 and 2013.
Psychoville - Another Reece Shearsmith and Steve Pemberton series that's worth a watch. The dark comedy show sees the duo playing numerous characters, with Dawn French and Jason Tompkins in additional starring roles.
Cracker – Robbie Coltrane plays a gambling, hard-drinking forensic psychologist who helps the police solve violent crimes. Great if you want to delve into the dark side of humanity.
Films
You won't find any recent films on BritBox, but there are some classics here…
A Matter of Life and Death – Interested in what happens after you die, or when you get trapped between life and death? You'll love this David Niven film from the 40s. The design and cinematography is wonderful, and this film really holds up really well, often getting onto 'films you must see' lists even now. On the downside, contains one of the worst attempts at a French accent ever committed to film. Seriously, it's worse than anything you m ight have seen omn Allo Allo.
Black Narcissus – Another 1940s classic, a group of nuns get freaked out in the Himalayas. Trust us, you'll love it!
Blithe Spirit – A comedy-fantasy film from the 1940s based on a Noel Coward play,
The Company of Wolves – A gothic horror fantasy film from the 1980s which is loosely based on the Red Riding Hood fairytale but has a load of werewolf style transformation effects. Ther story involves a psychic, a dead wife called Elvira, and death!

Is it worth it?

We reckon possibly, at the moment, but is this a killer product right now for most people? Probably not. But assuming more shows get added to the library, in the next couple of months why not??
Tags:
televisiontopical