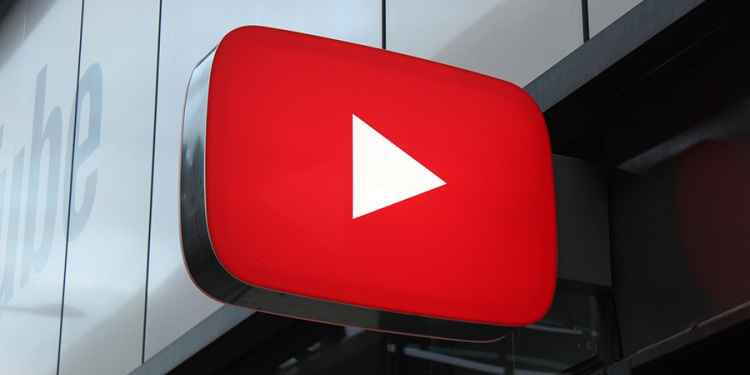 Photo: pixabay.com
Coronavirus has had an impact on every aspect of normal life, from how we work and socialise, through to our hobbies and even the entertainment we watch. This includes the paranormal content and ghost hunting videos we watch online, but some creators are battling on.
Worldwide, gatherings and events have been cancelled on an unprecedented scale, including such huge events as the Eurovision song contest, and Glastonbury festival - even the Olympics are likely to be postponed. Of course this has also affected paranormal event companies who have had to temporarily stop all public ghost hunting events.
In the world of entertainment, the production of countless movies has been halted, as has production of hundreds of television shows, including the BBC's long-running 'Eastenders', which hasn't been off our screens since it first aired in 1985. Netflix has announced a temporary suspension on creation of its new content, including the hit supernatural series 'Stranger Things'.
It's not just the big networks and production companies being affected, around the world there are hundreds of paranormal investigation teams and content creators who've had to stop producing videos for their subscribers and followers in the wake of the COVID-19 outbreak.
The British YouTubers, the Ouija Brothers, are one such channel to suspend production. Ste and Griff produce ghost hunting videos for the fast growing channel, but say that the virus has stopped them from going out and filming any episodes for the time being.

The West Midlands duo work closely with the paranormal events company, Haunted Happenings, attending their public ghost hunting events to produce exclusive content. However, like most events companies, Haunted Happenings have been forced to cancel their upcoming events. Ste from the channel says he fully supports the company's decision, but "it means we have to take a back seat in making videos."
Ste said, "we have one video in the making, but after that gets released sometime this week that's us done for the time being."
He added, "usually we have a two week safety period of videos stored up, but because everything has happened so fast we have nothing to give our followers and we have no idea when our next video will come out. It could be many months until we are back out there investigating, which will hurt us very badly."
We all know how important it is to stay safe and look after each other at the moment, as do the Ouija Brothers, "our safety and health comes first and we will probably go on a hiatus during this terrible period." After all, what else can you do? 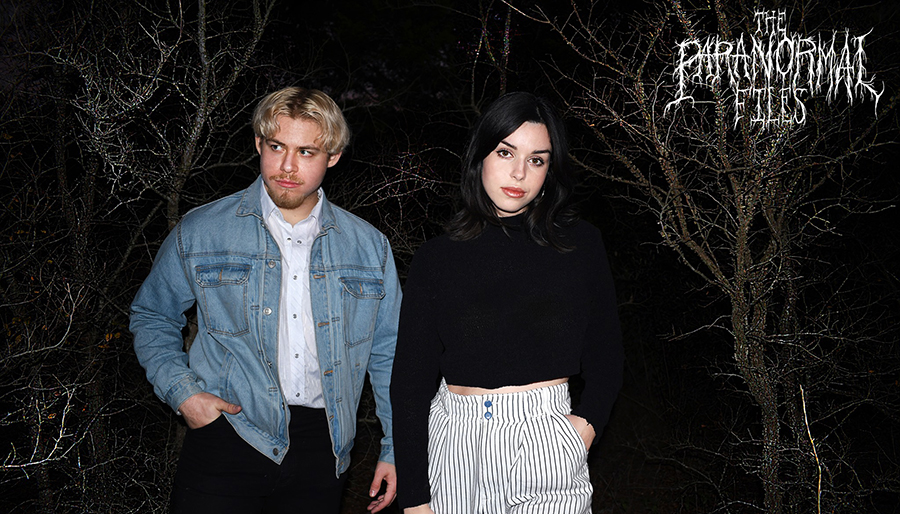 Photo: facebook.com
The Paranormal Files is one of the biggest paranormal channels on YouTube with almost half a million subscribers. In the last five years lead investigators Colin Browen and his significant other Payton McWhorter have produced almost 300 videos and notched up a massive 32 million views, but now it's all on hold as we're asked to stay indoors and avoid contact with others.
Colin said, "our travel schedule has been put on hold due to the fact that the virus has spread to almost every single state in the U.S. and being a type one diabetic, I'm at a higher risk of developing a severe infection."
Luckily for subscribers of Colin and Payton's channel, the content will keep coming. Colin said, "we have months of videos already shot and produced." He adds, "in February, I was in Cleveland, Ohio, wrapping up a series that we shot in the state, and only days after we left coronavirus cases started to grow quickly in the city. We got out just in time before the virus took hold in Ohio. Now, Ohio is one of the states in the U.S. with one of the highest numbers of coronavirus cases, and it’s kind of freaky to look back and think that we left right before all of these cases started to appear."
The channel has four new series yet to come, each consisting of videos at five or more locations backlogged to release during this outbreak. Colin says, "I'm not concerned about content. I am concerned, however, about how long this is going to last and how long travel will be dangerous for. It could be months, to even a year."
Working during the outbreak is made tougher for Colin as a type one diabetic, this puts him in an at risk group. It's a similar situation for husband-and-wife investigation team Phil and Sara Whyman. Like Colin, Phil is also diabetic - type two - so he also needs to lie low during the pandemic. This of course puts a stop to them filming new episodes of their back-to-basics ghost hunting series, 'Are You Haunted?'.

The show's second season began earlier in the year, but Phil says "the good news is we have approximately five more season two episodes to edit that have already been shot, so we are fairly ahead of the game with that." He added, "we will try to edit them so there is a constant stream for viewers, perhaps once every two weeks."
Meanwhile, Karl Beattie, the co-creator of the long-running British ghost hunting series, 'Most Haunted', tweeted fans with a promise help those stuck at home with additional content on their YouTube channel. Karl wrote, "as the Most Haunted Experience events have been suspended due to the #coronavirus Yvette Fielding and I will be doing as much as we can to fill the void, so pop over to the Official Most Haunted YouTube Channel, there will be some impromptu lives and more Most Haunted Extras."
But upping production or relying on a bank of already produced content isn't an option for everyone. Until we were all advised to stay at home, Charlene Lowe Kemp and her team were broadcasting multiple live ghost hunts a week to the 175k members of her Facebook group, 'Paranormal Hauntings'.
Charlene, a healthcare worker for the NHS herself, said "I am setting an example and staying in, the same with Chrissie who is one of the team. As a team we have decided for the moment we won't be doing any investigations."
Although it's far from business as usual for Paranormal Hauntings, Charlene does plan to keep the group ticking over for followers. She said, "I'm planning on doing talks, mediation sessions, chats, and experiments from home with haunted items. One good thing is that it will give me the chance to study and work with the items more as and when I can." 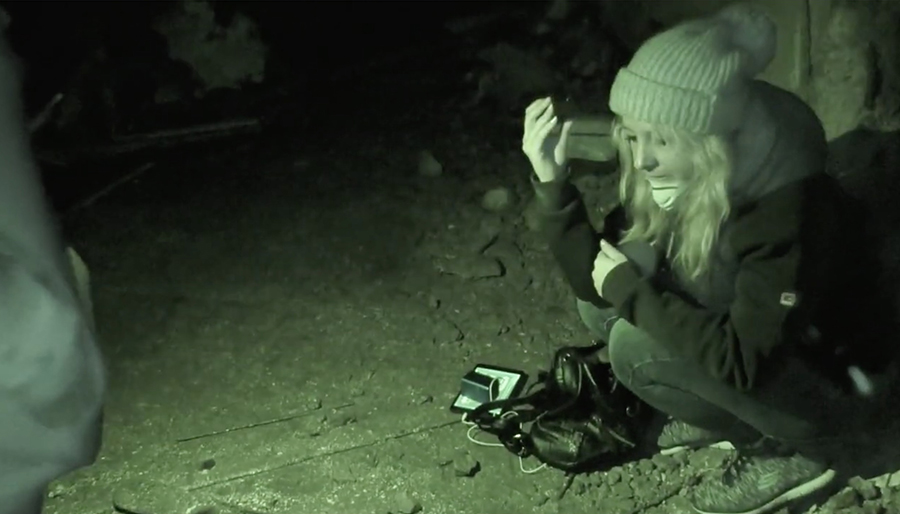 Charlene said that her group's members have been very supportive, "I think they understand why we may not be as regular as we normally are because of our jobs."
The Paranormal Files have also noticed the same, Colin said, "our followers have been very supportive. We've been posting updates letting people know that we are healthy and safe, but at the same time, I'm really worried for everyone out there." And of course, worry is a big part of the outbreak, and Colin understands that his followers may need an escape from the harsh reality of the virus. He said, "we have almost half of a million subscribers, it's pretty much  guaranteed that a few of our loyal fans will contract the coronavirus, so I've been sitting and sending out positive energy and light to everyone that comments on our photos and videos in an attempt to manifest the best energy that I possibly can."
He adds, "there is way too much negativity hanging in the air nowadays, and if I can play a small part in reversing it, then I'm happy to help."
One other paranormal investigator who's looking to spread positivity and help fans of the paranormal from going stir crazy while in isolation is Jayne Harris. The British ghost hunter starred alongside Barri Ghai and Chris Fleming in the recent series of 'Help! My House Is Haunted', she's now using her events company, HD Paranormal, to help those stuck at home.
As well as giving followers the chance to learn more about the paranormal by tutoring them through her online paranormal research course, Jayne is also hosting a fortnightly Paranormal Sanctuary, which she hopes will offer those in the paranormal community a way to stay connected as we cant go ghost hunting for a while. Jayne says, "I've created a little place for para-peeps to meet to discuss all things paranormal, in an attempt to save our sanity while we ride out this storm."
Quite how long we'll need to ride out the storm is obviously still an unknown, and when it comes to the paranormal Colin reminds us, "safety always comes first to us over content, any day." He leaves us on a positive note, "humanity will come out on top and balance will eventually be restored."