A creepy and mysterious YouTube channel known as 2021 Vision has made eerie predictions about the deaths of prominent public figures including Greta Thunberg, Joe Biden and Madonna. 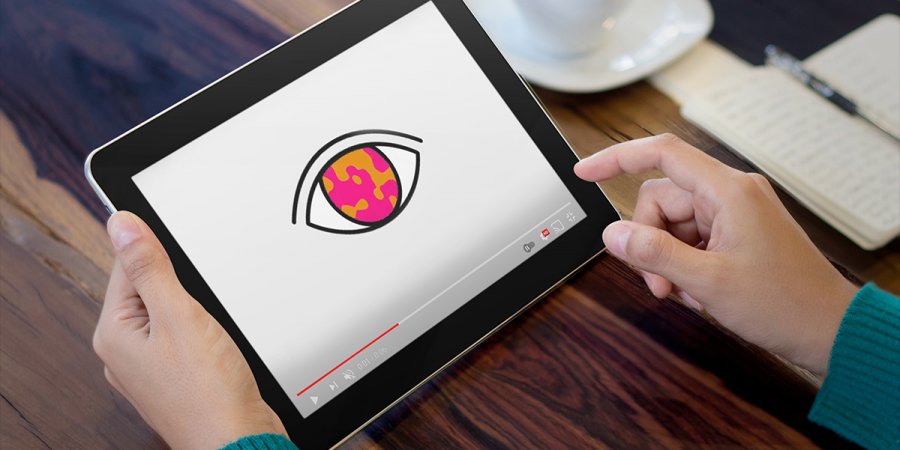 A strange YouTube channel appears to be predicting upcoming celebrity deaths this year. '2021 Vision' is the work of anonymous video creator who claims to have been blessed with the visions of the Pink Eye.
The channel features lots of similar videos, all upload in the last few weeks, which are titled with an individual celebrity's name. Each short clip features the same eye which blinks open at two points revealing a month and a date which serves as a predicted death day for the named person.
The channel features video for countless well-known names including Greta Thunberg, whose last day is predicted as August 28. Meghan Markle is given the date December 26, Madonna is predicted to kick the bucket on December 21, and Jaden Smith on November 29.
Amongst the dates given there are a few curious anomalies including the date given for the death of Paul McCartney. Despite the channel predicting deaths in 2021, eagle-eyed viewers might have noticed that the Beatles singer is given the date November 9, but not in 2021, in 1966.
This is a reference to a conspiracy theory which claims that Paul died in a car crash in the 1960s and was secretly replaced by a look-a-like for the sake of the band.
Terrorist leader Osama Bin Laden also features on the list of predicted deaths, despite the fact he was famously killed by a team of US Navy SEALs back in 2011. This relates to another conspiracy theory that claims that Osama is still alive.
In October 2020, former president, Donald Trump, shared an article on Twitter which claimed that the real Osama wasn't really killed in the raid and that it was in fact a body double.
More details are given on some of the names listed in the form of an emoji which seems to suggest a cause of death. 'Jackass' star Stephen Glover, AKA Steve-O, for example has a syringe emoji next to his name, perhaps implying a drug-related death.
The YouTuber, Luis Fernando Flores Alvarado known online as Fernanfloo, has a virus emoji next to his name, perhaps suggesting that a viral infection could be the cause of death.
Curiously, vegan Billie Eilish has the 'meat on the bone' emoji next to her name, the description on her video has a word written as binary. Decoded it reads "Tyson".
Several other named individuals have cryptic messages in the descriptions of their videos, including Joe Biden. A binary-encoded word on the presidents video reads "NOANTIFA", perhaps a nod to an anti-fascist resistances related death. Honey Boo Boo's video description reads "dead inside"
The Peruvian singer-songwriter and actor, Tongo LeTongue, has a mysterious phone number in his video description. The number has a Peruvian prefix, and a Google search reveals that the number is linked to the Italian arm of the singer's fan club.
All we know about the person behind the channel is what is written on the channel's 'about' page. It reads, "blessed have I been with the visions of the Pink Eye... I have transcended this paltry mortal shell and look down in mirth upon you pitiful humans, stumbling like ants along the timelines of your tragic lives."
They continue, "join me as I navigate the clairvoyant vibrations of the pink eye and prepare for the end of days."
Of course, only time will tell if any of these predictions will come true, but it seems pretty implausible that an anonymous YouTube channel could know this. The channel doesn't offer any proof or explanation as to how its creator can know the fate of these people.
You may notice that most of the dates given on the channel fall in the second half of the year. This is a clever way to keep up the interest for a few months without dates passing without any deaths, which of course would shatter the channel's credibility.
However, we will be given our first chance to test one of the prophesies next month. 84-year-old Japanese actress, Masako Nozawa, has been given a death date of April 16.
Below is the list of names who've been assigned dates so far...
Tags:
youtubetopical