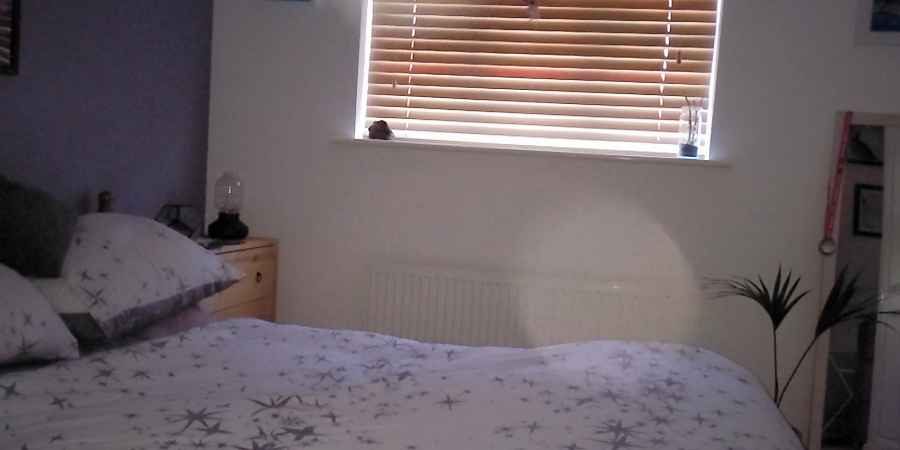 I imagine many of you are rolling your eyes and thinking "not another post on orbs," and I understand as it is that one subject in the paranormal field that never dies, but I wish it would.
But fear not, this post isn't really about orbs. It's more about challenging beliefs, critical thinking and testing theories within the paranormal, and it all starts with one very simple statement, "I would have thought a dust particle would be solid and not transparent."
This all came about when someone posted a dreaded photo of an orb in a paranormal group on Facebook. Of course the majority of the comments told the poster that what they'd captured wasn't supernatural at all, but merely dust.
However, one comment read, "it seems to have a light around and you can see through it. I would have thought a dust particle would be solid and not transparent. I'd say it was a spirit orb."
It's not really my intention to dispute orbs on this page, it's been said before, but of course my understanding is that dust close to the lens will be out of focus and appear transparent. However, this isn't what bothered me about the comment the most, it was the words, "I would have thought..."
I respectfully replied to the comment, "I'm not saying your conclusion is wrong, but the way you've attempted to debunk it is. When dust is close to the lens and out of focus it can appear transparent."
The commenter replied saying, "I've got a booklet about orbs and it says a particle can show up as much as six feet from the camera but as dust particles are solid, you can't see through them as shown in a photo in the book." So, that's where this misconception has come from. Now I don't know if the commenter had misunderstood the booklet, or whether the book was really passing this off as fact, but it's not true.
The ill-informed commenter also wrote, "you could be right in what you say but then so could I. If we really knew, this ongoing debate about orbs would not be ongoing. Like all paranormal stuff, we'll forever debate until we're blue in the face , unfortunately we'll only find out when we die. Then they'll be no argument."
I accept that some aspects of the paranormal are a matter of ongoing debate, perhaps even orbs, but this wasn't my point. I tried to clear things up, "I'm not saying for certainty that it's dust in the photo or that you are wrong about orbs. All I'm saying right now is that in the right circumstances dust does appear transparent on camera. I accept your belief that orbs are unknown and we won't find out until we die, but specifically dust appearing transparent isn't an unknown paranormal mystery, this is how cameras work."
The commenter still didn't seem convinced and I didn't want to challenge this claim further with the same prefix "I would have thought..." I'd rather know.
I thought I'd find out just how easy it is to test this claim that "a dust particle would be solid and not transparent". So I did a very quick experiment which involved blowing some flour in front of a camera.
The video below shows the transparent flour orbs that I created at home in a video that took me just 42 seconds to record.
This really simple experiment only took me less than two minutes to set up. All I did was darken a room by closing the blinds, then set my phone up on a small tripod and started filming with the phone's light turned on. I then gently blew flour in front of the camera and I saw the results in less than a minute.
This simple test did indeed prove that solid particles, even those as big as flour, can appear to be transparent on camera.
This experiment doesn't prove that orbs don't exist, although personally I don't believe they do, but it does prove that we can't claim as fact that an orb isn't dust just because it appears to be transparent.
As a skeptic, I'm yet to be convinced that anything strange that occurs is the result of the paranormal, but I'm a respectful skeptic so when I encounter people who believe in the paranormal, that doesn't bother me. I like hearing about people's experiences and supernatural beliefs. Recently I've started to realise that my respect for someone wears a bit thing when they claim something either is or isn't paranormal because of a lazy misconception that they're passing off as fact. When a paranormal investigator does this, I feel it shows ignorance and a lack of understanding despite an attempt to learn.
The whole thing just made me wonder why more people don't test their own claims before reeling them off as fact in a public comment, especially when it's this easy to do.
Add A Comment
Tags:
paranormalphotography

Why Do Ghost Hunters Use Thermal Cameras?

How To Take A Photograph Of A Ghost