Ghostober Returns To The Travel Channel For Halloween 2019 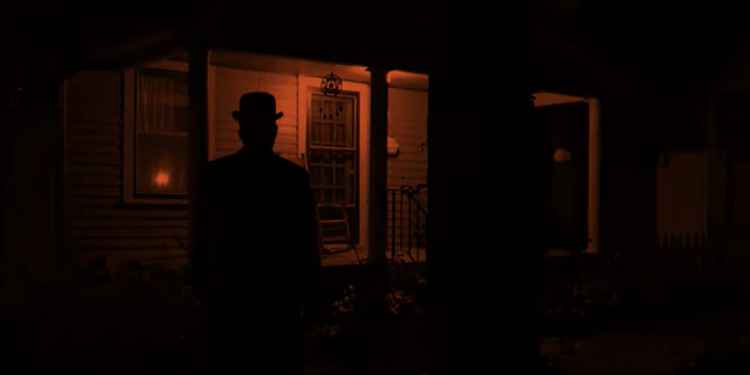 Premieres Friday, October 4 at 8pm ET/5pm PT
A four-hour LIVE ghost hunt from one of America's most haunted cities: Salem, Massachusetts. Led by a team of Travel Channel's paranormal experts including Katrina Weidman and Jack Osbourne ('Portals to Hell'), Amy Bruni, Adam Berry and Chip Coffey ('Kindred Spirits'), Dalen Spratt, Juwan Mass and Marcus Harvey ('Ghost Brothers: Haunted Houseguests'), Dave Schrader and Cindy Kaza ('The Holzer Files').
Teams will simultaneously lead separate paranormal investigations around three of Salem's most haunted locations as they seek to expose the hauntings that have plagued this historic city for hundreds of years. Locations include the Ipswich Gaol, where prisoners condemned to die for practicing witchcraft were held; The Proctor House – home of John Proctor, the first male accused and hanged for practicing witchcraft; and Rockafellas, the site of the original meeting house where over 150 people, including farmer Giles Corey, were accused and ordered to stand trial for practicing witchcraft. Giles Corey is believed to have cursed the entire village after he was tortured to death for his crimes.
Through an on-location, live video stream, fans can monitor all of the "Haunted Salem: Live" activity on Travel Channel's Facebook Live feed and comment on any findings in real time, helping direct the team where to investigate next. Additionally, Travel Channel will be live-tweeting from the event and engaging with fans via Twitter.

Premieres Thursday, October 31 at 9pm ET/PT
A special Halloween episode of 'Ghost Adventures' will petrify viewers as the crew investigates the home of the notorious Perron family, whose horrifying hauntings were portrayed in the film, 'The Conjuring'. The Harrisville, Rhode Island, home is one of the most terrifying places in the world and has also been made famous by the work of renowned paranormal investigators Ed and Lorraine Warren, who were called in to help by the Perron family. The Ghost Adventures crew is ready to confront the potentially dangerous consequences of investigating the infamous house.

Premieres Saturday, October 5 at 9pm ET/PT
In the four-part miniseries, Zak Bagans, Aaron Goodwin, Billy Tolley and Jay Wasley embark on a terrifying cross-country journey to document if evil energy lingers within the infamous locations associated with America's notorious serial killers. As they delve into each case, they will retrace the killer's steps, visit known hangouts and speak with leading experts to gain insight on why these sociopaths committed their evil acts. Every Saturday throughout October, viewers will follow the 'Ghost Adventures' crew members as they investigate locations such as killer clown John Wayne Gacy's prison cell, HH Holmes' murder house and the Squirrel Cage Jail, which housed the vicious Jake Bird. The crew will also study the Anson Call House, an abandoned building that many believe has ties to Ted Bundy's terror spree during the 1970s.

Premieres Tuesday, October 1 at 10pm ET/PT
There are things in this world that are not of this world. Sinister, shadowy creatures walk among us and these six one-hour episodes will uncovers their most horrifying haunts. From the restless dead lurking in gilded theaters to cursed ships inhabited by skeletal crews, each episode explores earth's gravest locations. But beware – this series is not for the faint of heart.

Premieres Friday, October 11 at 9pm ET/PT
The "OG" paranormal investigators that started it all – Jason Hawes, Steve Gonsalves and Dave Tango – are back for 10 new episodes. Only this time, they're not alone. The pioneers of the genre respond to urgent calls from local paranormal investigators nationwide who have reached a dead end with their harrowing personal cases, helping homeowners who are dealing with high-stakes hauntings, and people whose lives have been overtaken by unexplained phenomena. Armed with brand new state-of-the-art technology and their meticulous methodology, the team under their new banner, United Paranormal Research Organization (UPRO), will face the most challenging and dangerous paranormal mysteries the country has to offer. With the help of their local contacts, they'll embed themselves in the community, conducting robust multi-day investigations in an effort to track down the true source of these hauntings and restore peace to the living … and the dead.

Premieres Friday, October 11 at 10pm ET/PT
Many white picket fence communities across America are gripped with tales of horror, mystery and intrigue that have lingered over these towns for centuries – dark forces haunting unassuming communities with stories of the undead, ghouls, monsters and things that go bump in the night. The six-part series delves into these quiet communities to examine what is behind these stories and myths, and to shine a light on what may be lurking in the shadows of small-town America – such as the Pigman of Angola in New York, the hauntings of circus town Baraboo, Wisconsin, the blood-stained history of Perryville, Kentucky, and more.

Premieres Monday, October 21 at 11pm ET/PT
10 episodes featuring ordinary people share their chilling true tales of surviving the unknown. From hellish possessions and blood-drawing spirits to alien abductions and otherworldly creatures, these brave storytellers are shaken to the core as they recall their grave encounters with dark paranormal forces. It's a wild, horror-filled ride through the supernatural.

Premieres Saturday, October 26 at 10pm ET/PT
"Destination Fear" may be the most terrifying road trip ever attempted. Maverick paranormal explorer Dakota Laden – who has spent the last few years investigating the frightening unknown with Zak Bagans and the "Ghost Adventures" crew – takes his sister, Chelsea, and best friend, Tanner, across the country in an RV to spend the night in the most haunted locations in America, testing the limits of human fear. His goal: to face their deepest, darkest fears and prove that the only way we can understand the paranormal is if we push ourselves to the limits of fear and overcome the terror it creates in us.

Premieres Sunday, October 6 at 10pm ET/PT
A new four-part docudrama, "Witches of Salem," chronologically unravels the rapid descent of a town into madness, capturing the day-to-day hysteria that unfolds and puts an affluent New England community under siege. From reports of possession by the devil, to mass arrests, sensational trials and public hangings, each hour-long episode is an in-depth account of the eight months of "satanic panic" that overtook an otherwise sleepy Massachusetts village.

New Episodes: Thursdays at 9pm ET/PT
Former NYPD homicide detective Steve DiSchiavi and physical medium Amy Allan are back on the case with a brand-new season of Travel Channel's hit series. In every episode, DiSchiavi and Allan first investigate each case separately. Utilizing his detective skills, DiSchiavi interviews witnesses and experts, and researches the history and facts behind each location. Allan, a physical medium who sees and communicates with the dead, assesses the property to identify what underlying entities reside there. Keeping their findings hidden from each other, the team avoids all contact with one another – coming together only at the very end to reveal their shocking discoveries to the property owners, and each other.

New Episodes Return Wednesday, October 30 at 9pm ET/PT
Deep in the Appalachian Mountains, creatures both legendary and terrifying lurk among the shadows, evading capture at every turn. Season four of the cult-classic series reunites the fearless team of hard-core trappers to confirm the sightings of these fabled monsters. Calling themselves the AIMS team – the Appalachian Investigators of Mysterious Sightings – this rip-roarin' group of self-proclaimed "hillbilly hunters" treks through the depths of Appalachia's mountain forests, searching for creatures of mythical origins, determined to track down proof these monsters still roam this region today.
Add A Comment
Tags:
paranormaltelevisiontopicalhalloweenhalloween 2019long reads