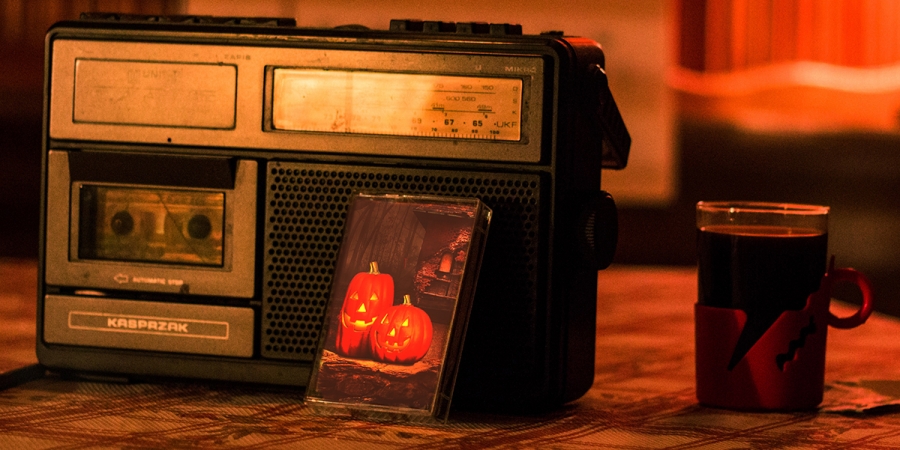 It's Halloween so we've put together a ghostly-themed playlist of classic dance music, plus a few remixes of cheesy pop hits, and some music from supernatural television shows and horror movies.
You can listen to the whole hour-and-twenty-minute long mix below that kicks off with Kernkraft 400's top ten hit from 1999, the aptly-named, 'Zombie Nation'.
From there things get creepier with a selection of song about ghosts and other things that go bump in the night. Perfect for any Halloween party.

'Zombie Nation' was released in 1999 and became a huge club anthem in the early 2000s. It takes its name from the painfully slow undead corpses that feast on the flesh of the living.

The original 1978 horror movie 'Halloween' was re-released in 2018. The one thing that stayed the same in the new version was the scares and the iconic haunting theme tune.

Sonique - I Put A Spell On You

A top ten hit for Sonique in 2000, based on a song originally recorded in 1956. The idea of spells and witchcraft is strongly tied to Halloween, the season when black magic is at its most powerful.

"Kill everybody" nicely sums up the mood of the movies and television shows we watch over Halloween, especially if you're a fan of the slasher sub-genre of horror. The dubstep track features on Skrillex's appropriately named 2010 album 'Scary Monsters & Nice Sprites'.

If there's a she wolf in your closet then it must be Halloween. However if you have what appears to be Colombian singer Shakira in your closet, but you're not sure. Ask her hips... they don't lie.

You can't have a Halloween playlist without this slab of cheese, a ghostly song that needs no introduction from the 1984 movie of the same name.

You probably haven't heard this Ne-Yo song since 2010, the year it was released, and you're probably thinking it's only in our playlist because it has the word "monster" in the title... and you'd be right.

Canadian EDM Deadmau5 released 'Ghosts 'n' Things' as a single in 2008. The B-side was 'Moar Ghosts 'n' Things', which contains a sample from the 1950s sci-film, 'The Brain From Planet Arous', plus the funeral march and 'Superstition' by Stevie Wonder making it an all round creepy track.

Ever get that feeling that somebody... or something is watching you? That very predicament was the sentiment behind Dutch dance group Beatfreakz's 2006 track, based on Rockwell's 1984 hit.

'At Night', that's what it's all about when it comes to Halloween. The Swiss dance track was a top ten hit for Shakedown in 2002.

Another absolute classic when it comes to Halloween playlists, from 1982 and with arguably one of the best music videos of all time.

Another nighttime related hit, this time from 2011 and the French electronic band M83.

Jack Back Vs Cevin Fisher - Freaks Come Out

If there's one night of the year when the freaks come out, then it's October 31. Cevin Fisher knew this.

American singer Halsey sings about the one place you wouldn't want to be on Halloween night in her 2019 song 'Graveyard'.

The debut single by British singer and songwriter Ella Henderson who finished sixth in the ninth series of The X Factor.