Horror games have a mixed reputation. Granted, because of the scares horror is a genre you're likely to either love or hate. But the horror genre has much more to offer than a simple playground for jump scares.
In this article, we're going to run down eight of our favourite horror titles which go beyond just scaring us, delivering meaningful narratives, strong themes or incredible world building to leave us with far more than just a tingle in our spine. 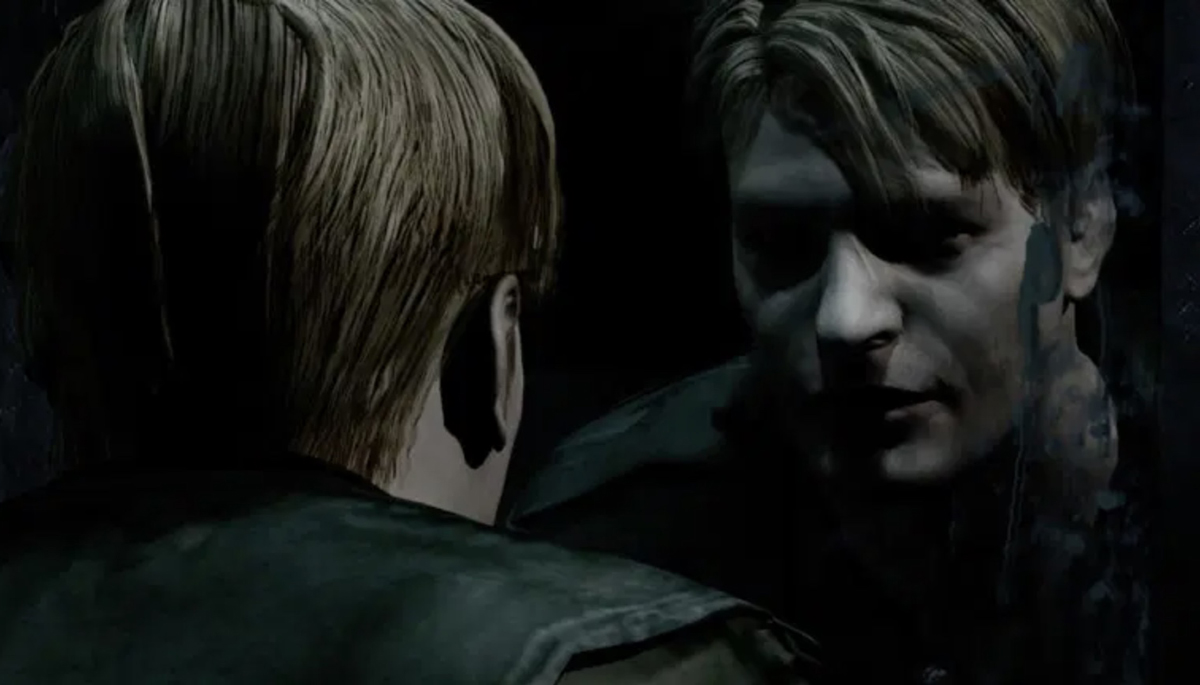 Despite being a pillar of the horror genre in gaming, 'Silent Hill' has never been a series fixated on scares. 'Silent Hill 2' is the best example of this, lorded as not only the best in the series but one of the best horror games of all time.

While each 'Silent Hill' game sees you wander into misty towns filled with grotesquely disturbing monsters, the series' horrific monsters are more than they seem. They are a visualisation of inner demons.

'Silent Hill 2' portrays its town as a place where your character, James Sutherland, delves into his inner demons as dark, terrible secrets come to the fore. This allows each step through a dark hallway feel like far more than awaiting another jump scare.

Put simply, 'Silent Hill 2' has a rich narrative, and it's more than worth experiencing. 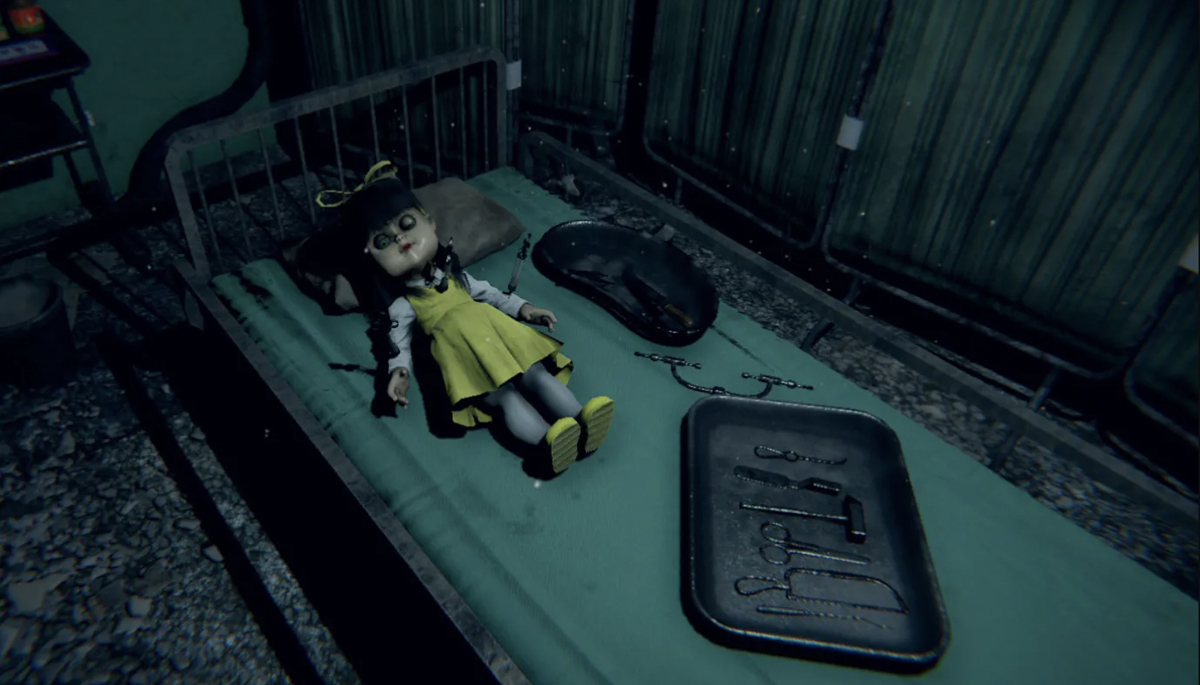 Developed by Taiwan's Red Candle Games and made infamous by the game's widespread ban due to a hidden detail alluding to a meme about China's leader Xi Jinping, Devotion is a scary game. You can't tiptoe around that fact.

But beneath its claustrophobic scares and totally unnerving ambience is a fascinating narrative about folk medicine, religion and devoting oneself wholeheartedly to something that you do not truly understand.

Its tale of financial abuse, familial care and personal weakness is captivating and memorable, and certainly worth playing. 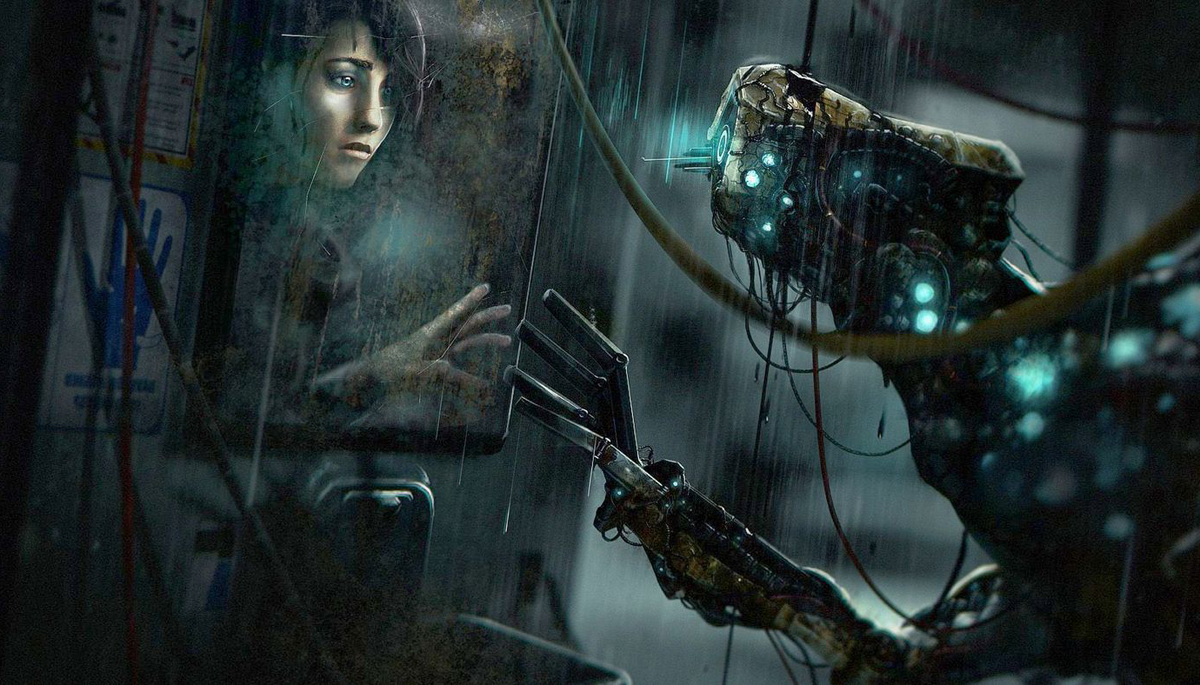 Developed by Frictional Games, the team behind the hit Amnesia series, 'SOMA' transports the team's iconic horror pace and control schemes into a near future.

While the game most certainly has glaring horror set pieces, and a spine-tingling atmosphere, it is the developer's most wholehearted endeavour into telling a deeply philosophical narrative.

Set in an underwater research facility which contains machinery which exhibit human characteristics, 'SOMA' aims its sights at the key questions of what it means to be human—and how technology, AI and the transferring of consciousness throws that all into question. 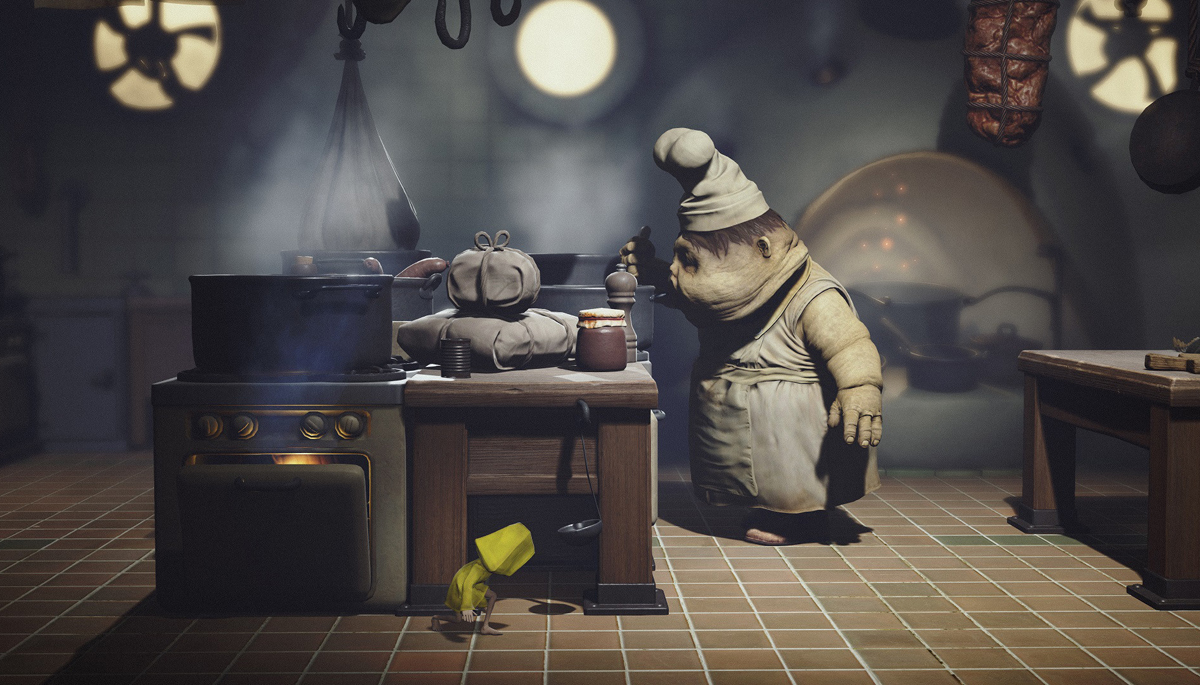 Remarkably less scary that the other games on this list, 'Little Nightmares' sees players take control of a young girl in a yellow raincoat as she traverses through a colossal 2.5 dimensional world, filled with strange beings and disconcerting environments.

In contrast to other games on this list, Little Nightmares doesn't place its eggs into the basket of deep philosophical discussion, instead opting to lead the player through a quiet (almost wordless) experience, leaving you with much to reflect upon and enjoy along the way. 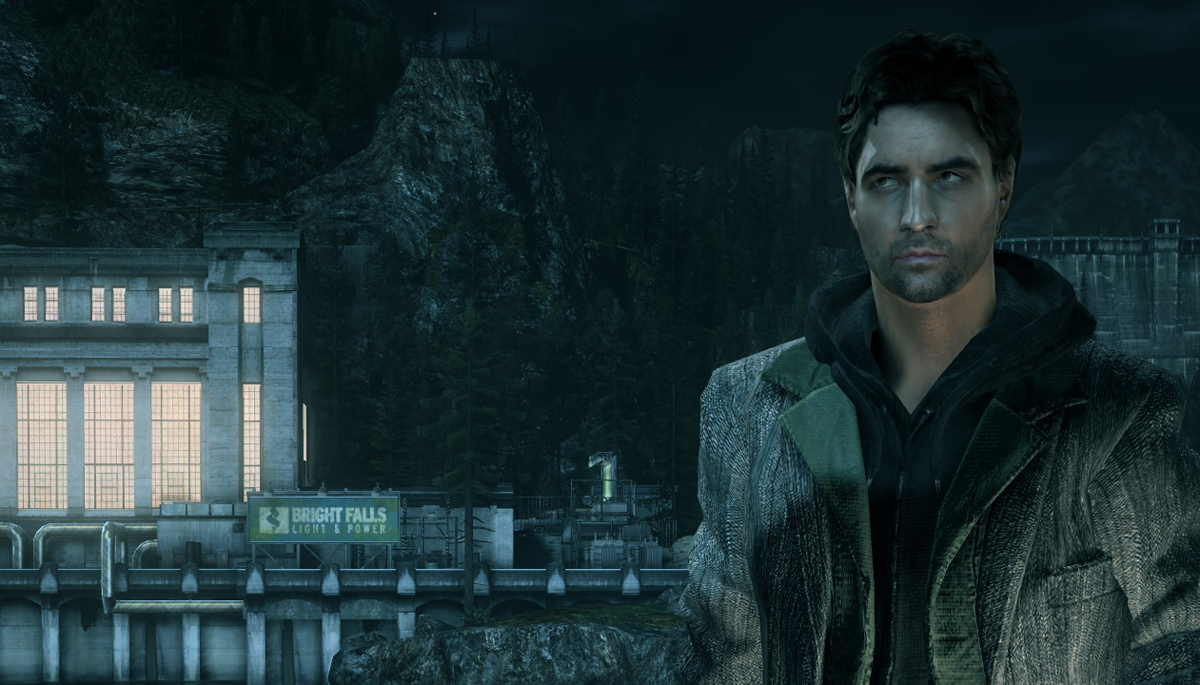 A slightly obscure classic from the early 2010s, Alan Wake is one hell of a unique game. Its linear story sees you take control of a best-selling novelist, Alan Wake, as he struggles to uncover the mystery behind his wife's disappearance during a vacation to a small town.

With Alan also struggling with writers block, the game is playful with its structure, narrative reveals and gameplay leading you through a tale which you're not likely to forget.

And, heck, the gameplay is even pretty unique too! 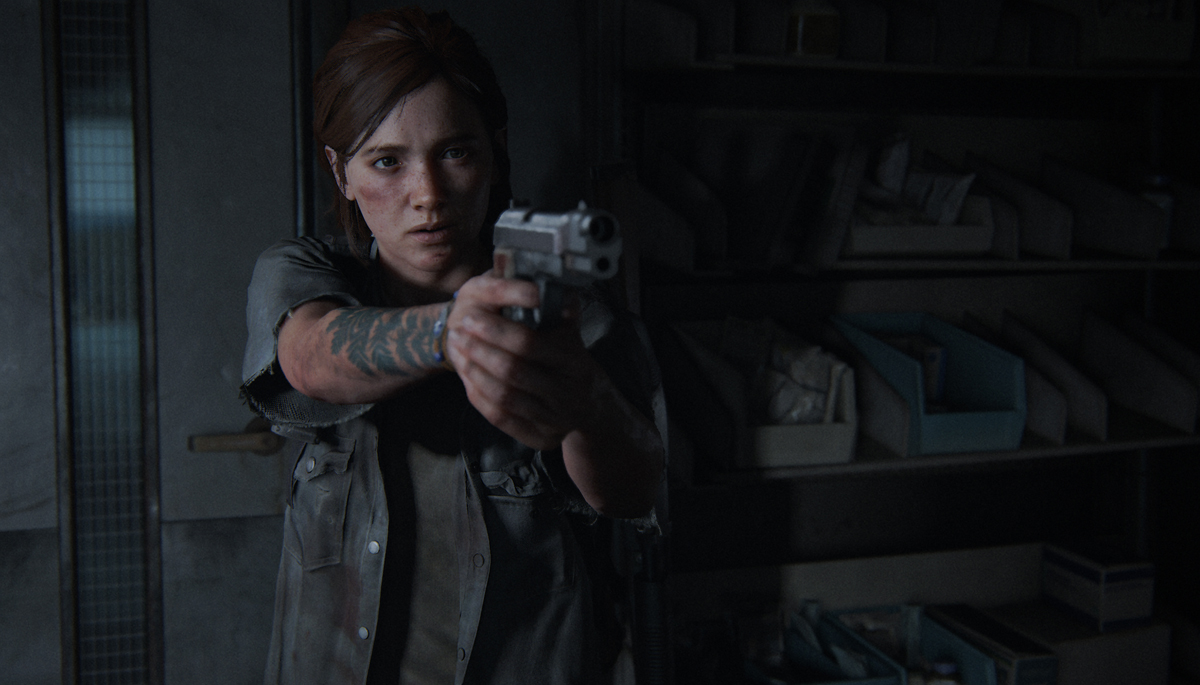 Given the hype around 'The Last of Us: Part II' in recent years, if you weren't familiar with this title already chances are you definitely are by now.

Similar to Alan Wake, many would exclude The Last of Us from the horror genre, but given its focus on lonely isolation, zombies, an apocalypse and more, it's fair to say it shares a lot of DNA with horror games.

The Last of Us is regarded as one of the best video game narratives of all time. As such, we won't spoil any of it. Just play it, enjoy it, and then jump into 'The Last of Us: Part II'. 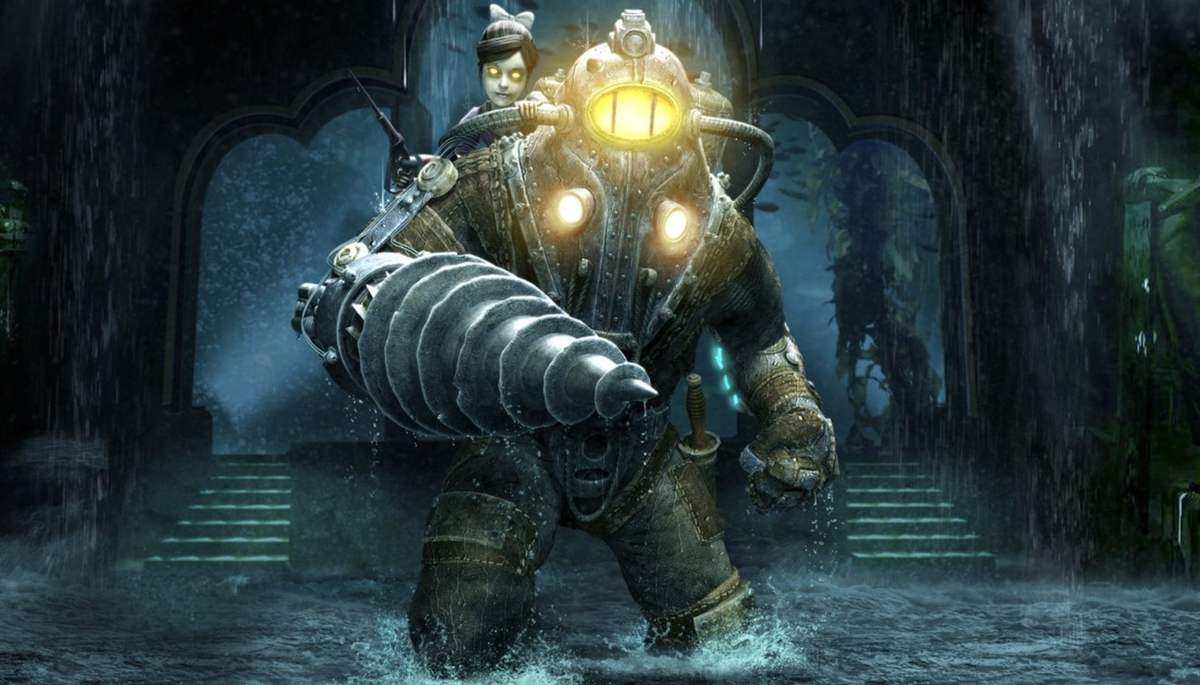 Sending shockwaves through the gaming industry upon its release in 2007, Bioshock has gone down in history as one of those essential titles. Of course, its horror leanings mean that many players still haven't given the game a go. And, sure, we'll be the first to admit that the game's iconic 'Big Daddies' are pretty terrifying.

That said, Bioshock is far more than its horror elements. It is incredibly well regarded for weaving one of the most interesting and unique narratives in gaming history—one which not only interacts with grand philosophies, but also the very philosophy of playing a game.

This is certainly one you don't want to miss. 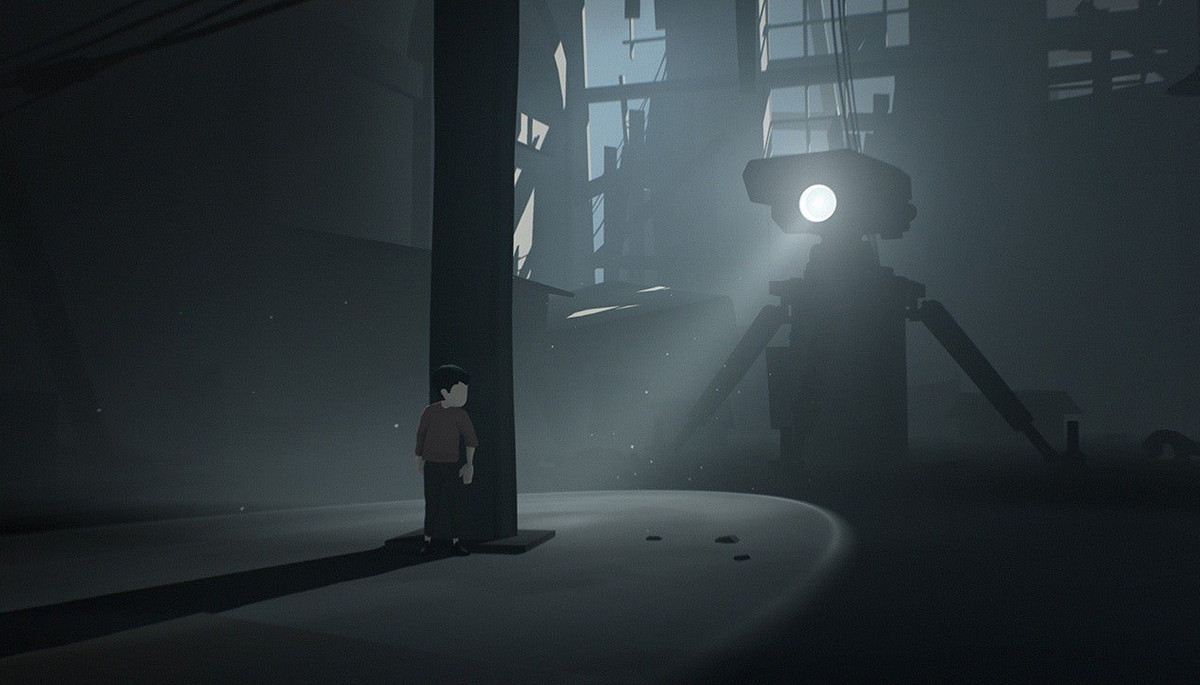 Playdead's 'INSIDE', the follow up to their hit game of similar ilk 'LIMBO', is one you're unlikely to forget. Totally wordless, incredibly intuitive and deeply unsettling, INSIDE doesn't offer any of the scares you'd usually expect from a horror game. Instead, its puzzle-platformer DNA sees it immerse you in a hostile world which you have to come to terms with.

Dabbling in themes of brainwashing, determinism and the dark side of science, 'INSIDE' is a glorious experience, and one which fans of 'LIMBO' will certainly enjoy.

The horror genre may be the first port of call for those wanting to feel some adrenaline but given its high-stakes and incredible use of tension, the genre has also proven itself as an excellent playground for rich themes and deep narratives.

Whether you love single-player horror experiences or not, if you're into online games you need to head over to ElDorado.gg. There you can get your hands on everything you need to get ahead, from Runescape 3 gold and items to levels and new accounts. It's time to get ahead.
Let us know some of your favourite titles which go beyond the horror tag in the comments below.
Tags:
gaminghorror