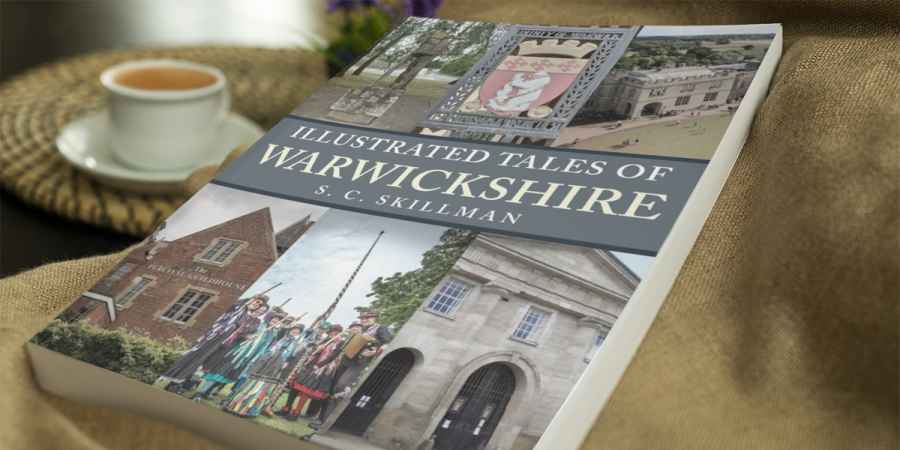 A new illustrated book delves into the folklore and myth of Warwickshire. Often known as Shakespeare's county, Warwickshire has plenty of strange and mysterious tales to explore, ranging from ancient legends and stories of the supernatural to more modern documented cases.
Available now, 'Illustrated Tales Of Warwickshire' is the latest book from Warwickshire-based psychological, paranormal, and mystery fiction writer, S. C. Skillman. It serves as a follow up to Sillman's 2020 publication, 'Paranormal Warwickshire'.
The book contains a collection of strange tales and local legends from the county, including the quirky death of the Roundhead commander who owned Warwick Castle, the association of the great author J. R. R. Tolkien with the town, and the story of the hand of glory obtained at Warwick hangings. You'll also learn about the curious beliefs and customs that were once widespread in Warwickshire's towns and villages, some of which still flourish today.
The book has chapters on witchcraft, strange happenings and mysteries, as well as supernatural stories. These sections of the book cover off everything from accusations of witchcraft in Stratford-upon-Avon, to tales of big cat sightings and large paw prints discovered across Warwickshire. You'll also find the story of the Crackley Wood Sprite, a 46cm-tall man who was spotted by a dog walker in the woodland near Kenilworth.
Across its 96 colour pages, Skillman explores fascinating local stories including, the Wroth Silver at Knightlow Cross - an 800-year-old violent ball game played annually at Atherstone on Shrove Tuesday, and the unresolved mystery of the 1945 murder at Lower Quinton associated with witchcraft, along with other strange tales from the surrounding towns and villages. Also uncover tales of the historic buildings of Stratford-upon-Avon, which have witnessed many strange events over the centuries.
Each story is accompanied not by drawings as the book's title might suggest, but through over 100 fabulous photos, many of which were taken by the author herself. Included are photos of some of Warwickshire's most famous buildings, such as the Percival Guildhouse in Rugby, the former home of Matthew Bloxam who rediscovered a Roman town on Watling Street, over a thousand years after it had disappeared from history. As well as photos of the Judges House and Old Shire Hall, very close to the site of the former town gallows and gaolhouse, formerly the scene of many macabre and curious ancient customs.
There's also beautiful photos of various well-known landmarks like the statue of Warwick's hero Guy of Warwick, the dilapidated Guy's Cliff House, and the gothic tower of St Mary's, a church rich in history, founded nearly 900 years ago.
'Illustrated Tales Of Warwickshire' is available from Amazon now and offers many quirky and intriguing tales from around Shakespeare's county. Find out more at amberley-books.com.
Tags:
paranormalbookstopicalwarwickshire