Is Jay-Z a time traveller?

Jay-Z has been spotted in a photograph from roughly 1939 during the American depression, so does that mean Jay-Z is a time traveller? The simple answer is, yes. 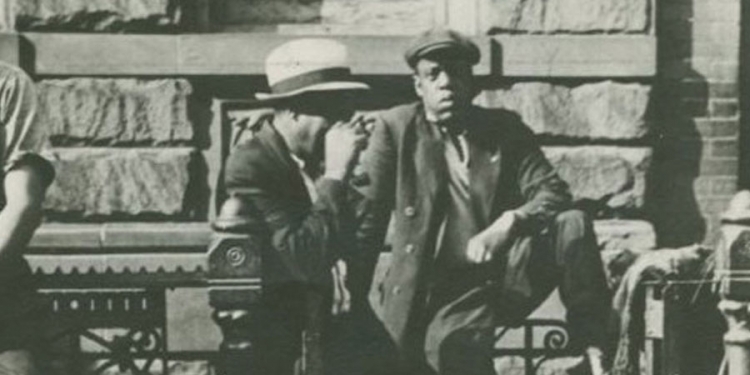 But, I'm guessing you're going to want me to explain that.  As you might have guessed, the story revolves around music's most famous time traveller, will.i.am.

We all know that will.i.am is from the future, he travelled back to 1995 to create the Black Eyed Peas.  Will has a car from the future, performs on stage in a robot suit, even his name is a URL - it's so obvious.

Will.i.am was born in 2017 and worked throughout his early years developing computer-based technology which automated the production of music.  He also developed the technology to make time travel possible, inspired by the then classic Austin Powers movies.  Will's plan was to travel back to a point in history when popular music was at its weakest and least competitive.

Just as Will was close to completing his work and was preparing to travel back to the mid 90s, his high school sweetheart girlfriend fell pregnant and at the age of 20, Will became a father.

Knowing that a newborn might interfere with his career, Will used his new time travel technology to take the child and his mother, Gloria Carter back to 1969, the year which Dr. Evil and Mini Me travel to in Austin Powers: The Spy Who Shagged Me.  Gloria named the baby Shawn and raised him alone.

Of course, that baby grew up to be the mighty Jay-Z and for a time it was good.  Jay-Z made his millions in the music industry and became known for his skills as a rapper.  Things started going wrong for Jay in 1995 when will.i.am mysteriously appeared from the future and the Black Eyed Peas were born, within a few years the Peas managed to score a global No. 1 selling smash hit with 'Where Is The Love', something Jay-Z had never been able to achieve.

Jay-Z put his millions of dollars to work looking in to how Will had appeared from nowhere to produce a string of hits and in 2012 he learnt the truth about Will's past, coming from the future.  Jay vowed to stop will.i.am and for the next two decades tried to get close to the Black Eyed Pea, but Will was constantly protected by security systems and advanced proximity detectors from the future.  Jay had only one option.

In 2037 Jay-Z finally managed to get close to will.i.am, not the now 72-year-old Will but the young 20-year-old Will who now existed in the same time frame.  This was the will.i.am who was about to become a father.  Jay-Z sneaked in to the hospital on the night on his own birth armed with a lethal dose of an untraceable drug.  Jay-Z was seconds away from injecting his younger self, thus restoring the timeline but was stopped in his tracks by will.i.am and Will was angry!

Will summoned his robotic guards and bundled Jay-Z in to the time machine and once again through him back in to the past, this time so far back that he could never cause any trouble.  In seconds Jay-Z went from being a millionaire to a homeless nobody living in 1939.

Has Anyone Ever Tried To Build A Time Machine?