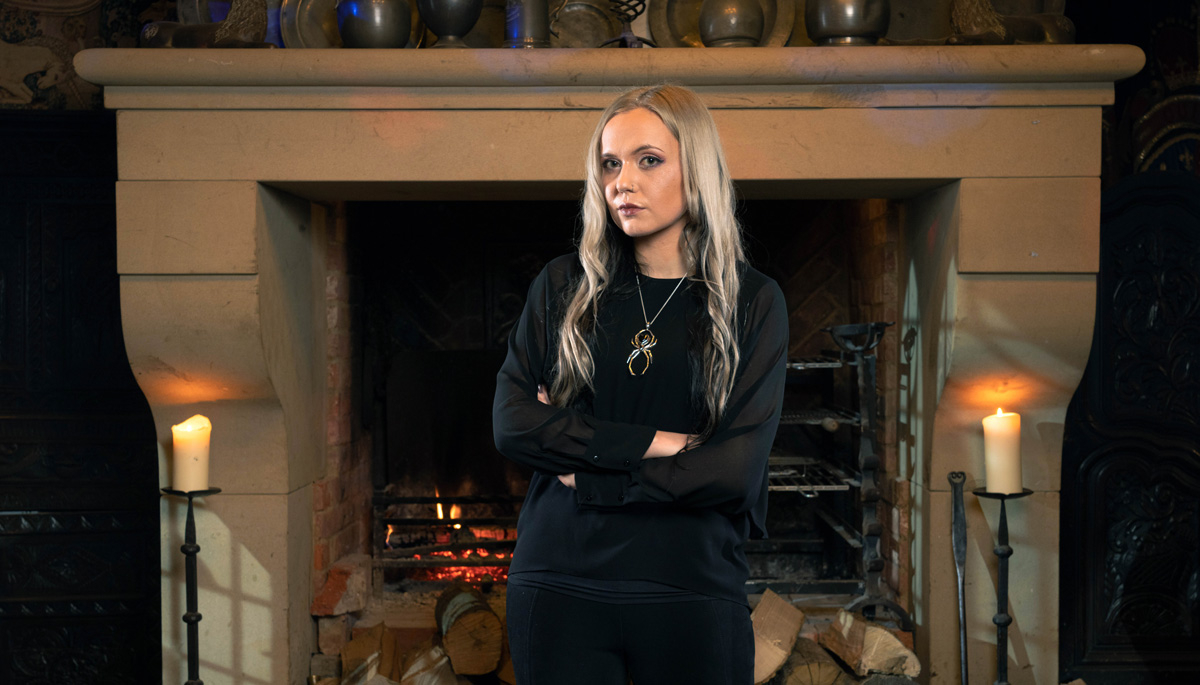 Photo: © Discovery+
British paranormal investigator and blogger, Kate Cherrell, says that Jack Osbourne's new Discovery+ series that she features in, 'Haunted Homecoming',  is a show for "paranormal enthusiasts."
Kate was handpicked to accompany Jack in his latest ghost hunting adventure based on her experience as an investigator, her expertise in 19th century Victorian spiritualism, and her specialism is spiritualism in literature.
Kate will feature alongside Jack in 'Jack Osbourne's Haunted Homecoming', a three-part series premiering on Discovery+ on October 2. Kate will attempt to assist Jack in unearthing the secrets behind his early memories of spooks, as he returns to some meaningful places from his childhood, which he says are the root cause of his fascination with the paranormal.
Although the show marks Kate's debut as a television investigator, she is already well known within the British paranormal community for her website. Burials & Beyond provides a light-hearted look at what she describes as "the dead, the nearly dead, and the never-was." The site covers everything from ghosts in the 17th century right through to articles about current paranormal trends.
Jack was introduced to Kate by the show's producers. Jack said, "Kate has a wealth of knowledge when it comes to the origin of ghost hunting practices, because the roots of mediumship, psychics, and tarot card readers are in the Victorian era of spiritualism."
He added, "she's way more knowledgeable about British history than I am - she gave me a crash course in the English Civil War, which I'd completely forgotten about. I really enjoyed getting to know Kate and working with her." 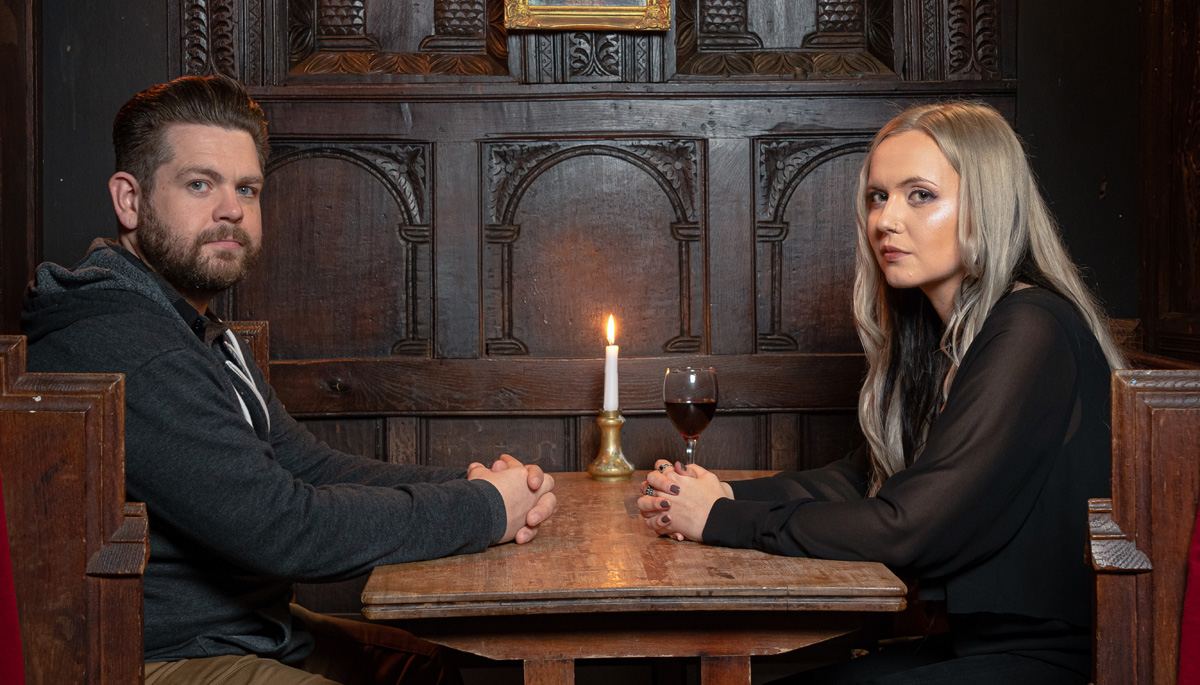 Photo: © Discovery+
Kate, who admits "I surround myself with death-related things because I find them really beautiful," said that working on 'Haunted Homecoming' was a dream job for her. She said, "the shoot has been really interesting and Jack has been so good to work with. I enjoyed his shows beforehand, so it's been nice to see up close how he works and how he processes events and evidence. It's been a great experience. This is my first ghost investigation series and I've gone right in at the deep end."
The series follows Jack as the returns to the places he knew and visited as a schoolboy where he had paranormal experiences that influenced the trajectory of his life. Like Jack, Kate's interest in the paranormal also stems from unexplained childhood experiences. She explained, "I was always the weird ghost girl and I turned it into an academic interest. On the side I've been ghost hunting on-and-off for the past 10 years and I write on ghost-related topics for magazines and publishers, so it's a childhood interest which has become all-consuming."
Kate says that her most profound childhood experiences took place when she was about 12 and her sister had moved into a new house. Kate recalls, "I used to spend a lot of time staying at my sister's and the house wasn't a grand Victorian building, it was a 1950s semi in Grimsby. The least spooky of locations, but things started happening and they weren't one-offs."
"In that house my bedroom faced the landing and the stairs, and every night there would be heavy footsteps doing laps of walking up the stairs and across the landing, the footsteps accompanied by a burning smell. I tried to explain it away, thinking I was imagining it, but my sister's dog would sit at the top of the stairs and watch something that I couldn't see walk around."
Kate continued, "from there it escalated to both my sister and I seeing the same figure and I stopped staying over. It became really bad for my sister as it reached the point where she was too scared to go into the kitchen by herself and always had to have someone with her. She suffered injuries in that house, she and her husband moved their mattress into the living room and tried to sell the house in record time."
The paranormal investigator admits that those experiences still play on her mind, "I think that's what I'm trying to explain, or even understand, with a lot of my paranormal work." 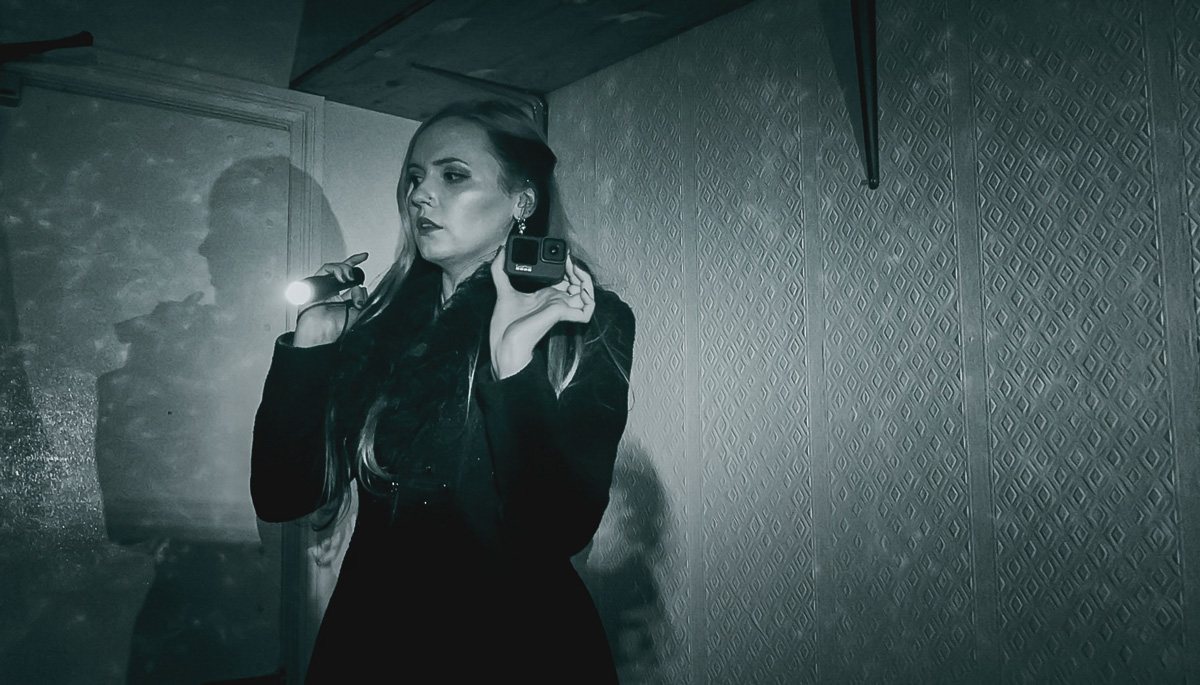 Photo: © Discovery+
Kate says it's been fantastic to become part of a television show the likes of which she would watch herself and have access to the equipment and processes used in these sort of programmes. "The kit on the show is all up to date, which is great for me because I'm a gadget head," Kate said, "but what's been so good is combining those with my focus, which are traditional Victorian approaches and ghost hunting methods, like sounds and senses."
Kate added, "what I've enjoyed is bringing my professional ghost-writing self and my fun ghost-hunting self together in a structured way on a specific journey. We learn about Jack's story but then also Buckinghamshire and all these places which were normal to him when he was growing up."
"When you look at these places through the eyes of paranormal investigators, you see he went on school trips to an abbey full of terrible monks, he's had meals in a 1,000-year-old pub which has been home to questionable activity, and he watched panto in a theatre where ghosts have been seen during shows. This has been following him for a while - it's fantastic to see every part of Buckinghamshire he seems to have laid his hand on has something quite spooky going on."
During the series, Jack and Kate investigate the places Jack knew and visited as a schoolboy, including Welders House - his childhood house and the oldest home in the county. Kate said, "we've been given such freedom with our investigations at these amazing locations."
She added, "when I've been ghost hunting before it's with a team of five to ten people, so even if you head off on your own the location is quite busy. Here it's just been the two of us focusing and brainstorming where we'll perform our experiments."
While investigating the Royal Standard pub, the duo collect evidence so compelling that even the most cynical of sceptics would struggle to explain it away. This included evidence obtained through the Estes Method. Jack described how this experiment works, "you put on a blindfold and noise cancelling headphones and sit in the dark in silence. As you're sitting there you basically blurt out what you're feeling and what you're kind of seeing in your mind's eye."
Kate said, "we both know this experiment but we both like to do it in different ways, so it's been nice to develop our own rhythm for investigating. We have a unique approach, based on our own experiences, of what would be best to fit the history of the location and what would be best to try and trigger what we want to measure." 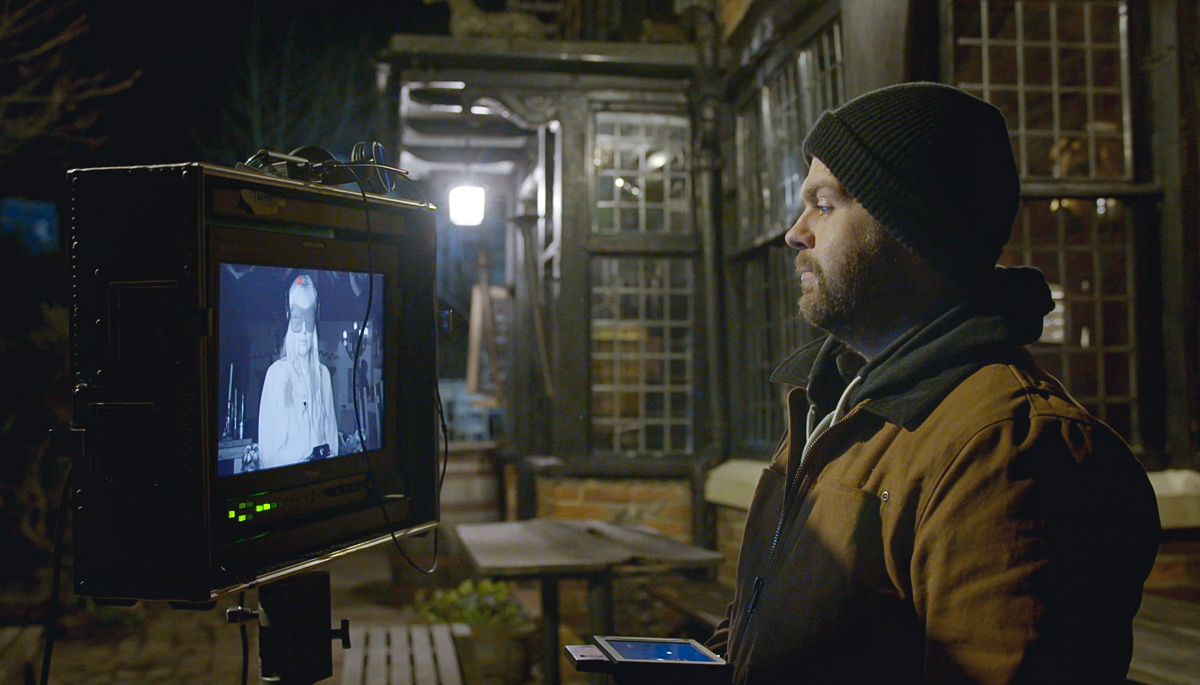 Photo: © Discovery+
One aspect of investigating that Kate and Jack both have in common is their sceptical stance. Kate, who describes herself as a "sceptical believer," said "if you enter a location thinking you're going to raise the dead, with a mindset of blaming as much as possible on other forces, then every creaking board will be a 200-year-old chimney sweep. You have to enter a location without expectation and also be ready to discount a few creaks. What spikes your adrenaline are the tiny percentage of events which are unexplainable - they're the giddy moments."
So can we expect many giddy moments in 'Jack Osbourne's Haunted Homecoming'? Kate says she's not one for hysteria or theatricality during ghost hunts. She explained, "my primary concerns when I was contacted about taking part were the programme's ethics and whether anything would be faked." She added, "Jack and I are very aware of the importance of authenticity, honesty, and reputation. This was a production where the whole crew said, 'if we get nothing, we get nothing. We've still got amazing history and it's important that we can show some haunted locations just are a bit quieter than others'."
Crucially, Kate said, "I've been ghost hunting for years and I've never had anyone possessed or demons running around. That might make great telly, but it's important we're proving ghost hunts don't all feature a demon in a mirror."
This honest approach has allowed the investigators to not only collect some great evidence throughout the series, but also explore the poignant history of the locations featured. Kate said, "when people see the series they'll appreciate a lot of these locations on more than a surface level and they'll see we're part of something far larger. Even if we don't hear or see anything that blows our minds these locations are still amazing places and they're still worthy of investigation - having evidence that's disproved is as important as having evidence that's unexplainable."
Kate summed up 'Jack Osbourne's Haunted Homecoming' by saying "we're not making another cookie-cutter paranormal show. We're not screaming into darkness. There's a great sense of humour and warmth to the show."
She added, "what's unique about 'Haunted Homecoming' is that it's for people who are paranormal enthusiasts and also for people who would never watch a paranormal show in their lives, because it contains amazing history as well as great moments. It crosses so many genres that I can't think of anyone who wouldn't give it a watch. I certainly enjoyed making it!"
'Jack Osbourne's Haunted Homecoming' is available to stream exclusively on Discovery+ from Sunday, October 2.
Tags:
jack osbourneparanormaltelevisiontopicaldiscoveryplushaunted homecominghalloweenhalloween 2022