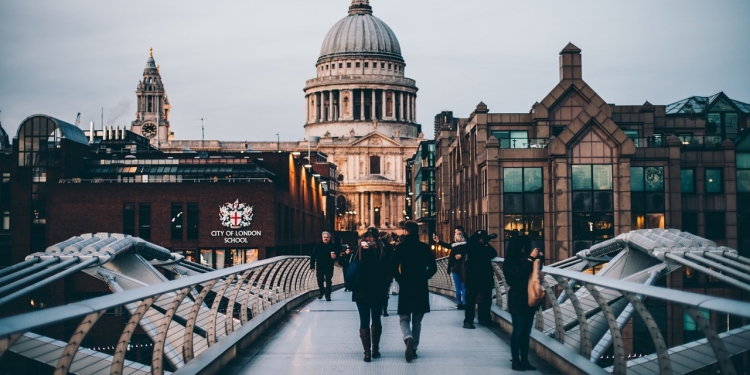 Photo: pixabay.com
Due to its size and the sheer number of people who have lived there throughout human history, London has one of the highest concentration of haunted places anywhere in the world. Its historic streets are lined with countless buildings with sinister pasts, locations of death, murder and misery.
With so many ghost stories relating to London, how much do you know about the spooks that are said to haunt the nation's capital? Find out with the 20 tricky questions...

1. A property in Berkeley Square is said to be the most haunted house in London, what number is it?

2. Which London hotel is said to have a haunted lift?

3. Which London Underground Station is said to be haunted by a tall man wearing a grey suit? A member of staff first witnessed the figure knocking on his office door one night.

4. The eerie cemetery in Highgate is said to be haunted by which creature of the night?

5. Which tunnel under the River Thames is said to be haunted by a ghostly couple who are seen walking along it?

6. A London Underground station that's been abandoned since the 1930s was said to be haunted by the ghost of an Ancient Egyptian God, but which museum did the station serve?

7. One of the most famous poltergeist cases of all time involved the Hodgson family in the 1970s, but in which borough of London did they live?

8. Which former Prime Minister experienced the haunting phenomena at the house in Berkeley Square?

9. When television show 'Most Haunted' visited London, Derek Acorah allegedly made contact with a spirit called Margaret in which underground station?

10. In January 1815 the ghost of what animal was seen outside the Martin Tower at the Tower of London?


11. Which of London's many theatres does a ghost known as 'The Man In Grey' who wears a grey cloak and three-cornered hat haunt?

12. Which London mainline station is reportedly haunted by the ghost of a man in overalls who is said to patrol the dark platforms in the dead of night?

13. Which Central London park is said to have a sinister "Death Tree" within the grounds? It's said that anyone who falls asleep in the shade of the tree's branches never wakes up again.

14. The Langham Hotel is supposed to be haunted by a royal ghost, believed to be who?

15. Which major transport hub is said to be the unlikely location that the ghost of notorious highwayman, Dick Turpin, haunts?

16. A couple enjoying a night out in the West End claim to have seen a shocking ghostly image of what in the Lyceum Theatre?

17. Which notable historical figure is said to haunt the Tower Of London?

18. A figure, known as the Red Lady, has been witnessed coming out of the lake in the middle of which park?

19. The Ten Bells on Commercial Street is said to be haunted by the ghost of Annie Chapman, but how did she die?

20. In which part of the Adelphi Theatre have visitors reported seeing the ghost of a murdered actor?