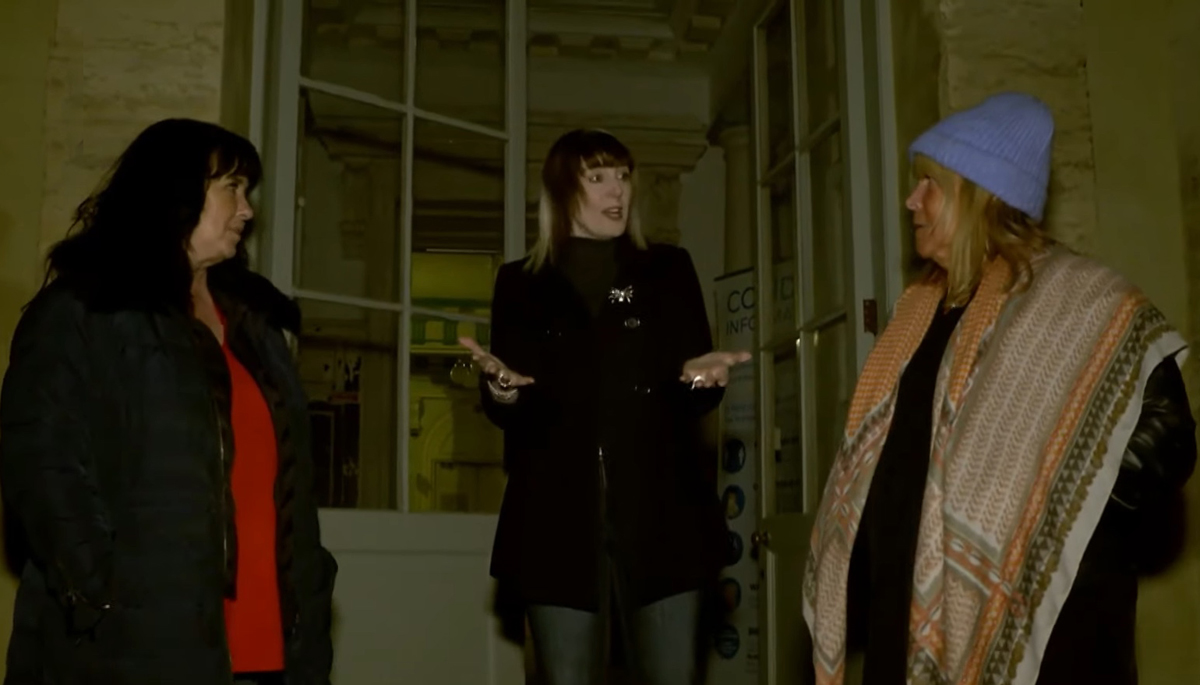 Photo: © ITV
To get into the spirit of Halloween 'Loose Women' sent two of their panelists to Doncaster where they spent a night hunting ghosts in one of the most haunted houses in the UK.
Stood out in the cold, Coleen Nolan welcomed viewers of the ITV daytime show to the 100-room Hickleton Hall, where her and her co-host Linda Robson would be guided around by veteran television ghost hunter Yvette Fielding and the 'Most Haunted' team.
Coleen tells us about the paranormal activity in the house, "there's been a ghostly figure of a lady looking through a window and whispering when there's nobody there."
Inside a nervous Coleen met with Yvette and told her, "I only agreed to do this for a laugh, but since I got out the car... terrified." Not helping to alleviate their fears, Yvette said, "I think you'll experience some haunting things tonight, this place is riddled with paranormal activity."
Guided by Yvette, the pair conducted various experiments through the night, including table tipping.

Yvette lead the daytime TV stars into the house, where she gave them a crash course in ghost hunting. Walking up the old wooden stairs, she tells them, "in most grand houses the staircase is the focal point for a lot of hauntings."
Stopping halfway up the grand stairs, the ladies were joined by Karl Beattie and Stuart Torevell from the 'Most Haunted' team. Almost as soon as they arrived, they started to hear mysterious phantom knocking sounds.
Yvette began to call out to the spirits of the house, asking "how many of you are here with us now?" The banging sounds seemed to communicate an answer, four. Coleen then tried her hand at calling out, "do you ever watch 'Loose Women'? Two for yes, one for no." But the house fell silent, perhaps the 18th century ghosts of the hall were confused by the notion of watching loose women.
Next the gang moved upstairs, where Coleen and Linda were shocked by a loud crash coming from one of the rooms that seemed to be the result of something being thrown. 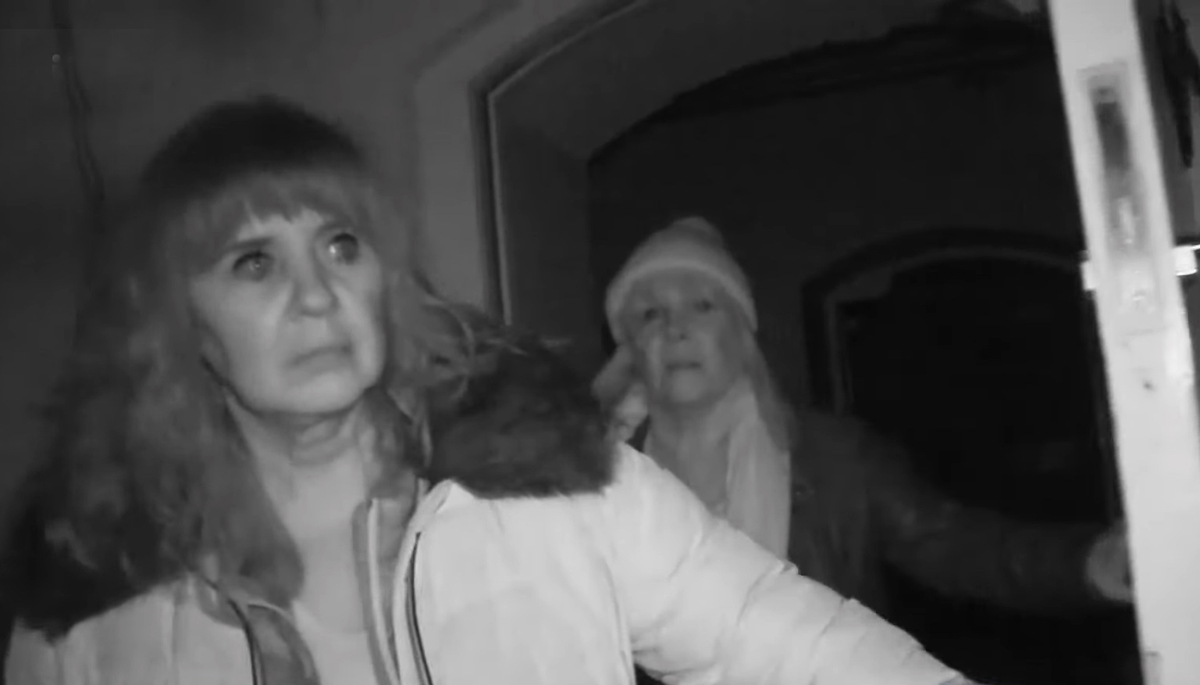 Photo: © ITV
It was then time for a Halloween trick as Yvette sent the budding Ghostbusters down to the creepy cellar alone. Down in the cellar Linda informs her co-host about a local legend she's aware of, "I read that there's a naked ghostly man that walks around Doncaster."
Linda then tried to stir up the spirits. She said, "can you give us a sign if you're here. Don't throw anything at us, but maybe just touch Coleen." This seemed to backfire as moments later, a concerned Linda said, "I feel like something's just touched my neck."
The final stop of their ghost hunting tour was the house's chapel. Where Yvette informed the ladies about a stern-looking female spook that wanders the halls. Yvette described the ghost as "very opinionated, quite frightening, in fact she's really terrifying me." Coleen and Linda thought this entity sounded familiar and both joked, "Janet," in reference to their co-host, Janet Street-Porter.
If Hickleton Hall was haunted before, the three ladies might have inadvertently chased the ghouls away with their impromptu rendition of a 1960s hit song.
As they left the house, Linda told Yvette, "I'm just not going to sleep tonight, it was the most frightening day of my life, honestly."
Tags:
televisionhalloween 2021most hauntedtopical