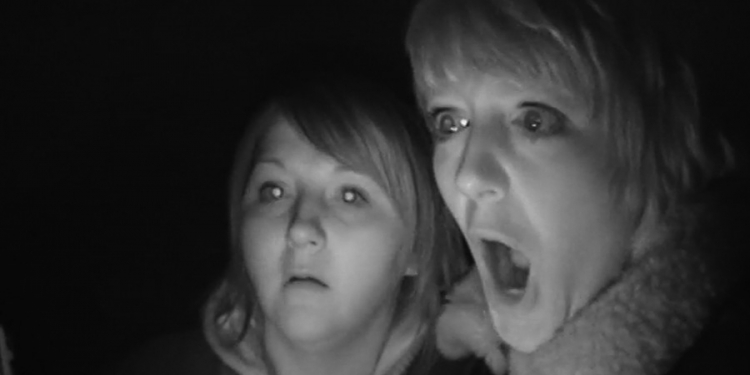 Yvette Fielding and the team explore the Edinburgh Vaults, network of tunnels beneath the streets of Edinburgh, that used to house hundreds of people and has never fully been investigated.
In 1785, South Bridge was built in the city which was supported by 19 huge stone arches, these foundations were divided into a set of vaults, each on a either end of the bridge. In this episode of Most Haunted, the team investigate the the Niddry Street Vaults and the Blair Street Vaults.

The vaults were originally used to house immigrants and their families from the highlands. Tradesmen lived in these squallered conditions and conducted their businesses down below, shops and taverns thrived in this strange subterranean world. It wasn't until 1980 that the vaults were discovered and it soon came to light that these poor people had lived in the most appalling conditions.
As with any town, tragedies and murder occurred and in these vaults the most horrific crimes were committed and the vaults' grim history still haunts the location to this day, with reports of dark phantoms, unexplained voices and ghostly apparitions.
According to Most Haunted's resident investigator, Phil Whyman, the paranormal activity in the vaults ranges from strange figures being seen to unidentifiable mists. The most common disturbance is unexplained noises, most commonly footsteps and disembodied voices.
Before the investigation got underway in the Niddry Street Vaults at the northern end of the bridge, the team detected some unusually high electromagnetic fields in a part of the vaults, could this be the cause of some of the paranormal sightings or is the energy being created by the vaults' paranormal inhabitants?
When the show's spiritualist medium, Derek Acorah, arrived he started picking up on the essence of some of the location's spirits, including the ghost of a woman who lost her life in the dark tunnels. During their investigation the team heard plenty of odd noises, including a strange whistling sound and several loud bangs.
The team then moved on to the Blair Street Vaults at the other end of the bridge, which are deeper below the city and have been described as having a much more sinister atmosphere. In this location, Yvette straight away reported that she felt like she had been touched on her arms.
After Derek's walk around, the team split up into groups to hold vigils throughout the night, but nothing paranormal was caught on camera, but they had all experienced something throughout the investigations, whether it was noises or being touched.
For reviews of all of the new episodes, plus highlights and evidence from the shows, and to find out when Most Haunted is on next, visit the Most Haunted episode guide.
Tags:
paranormalmost hauntedtelevisiontopicalundergroundscotlandshiver