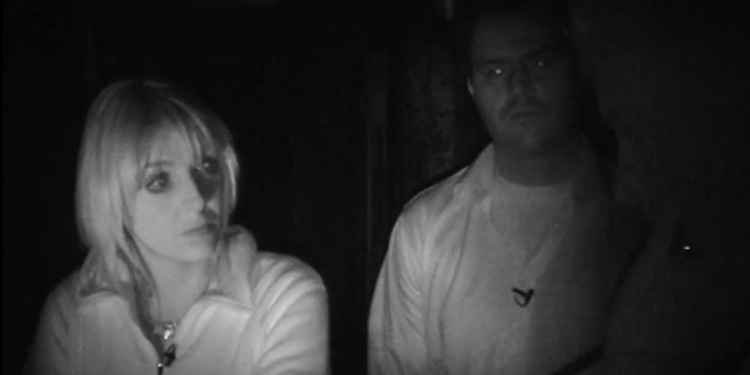 Yvette Fielding and the team explore Mary King's Close, a 17th-century building in Edinburgh reported to house the spirits of victims of the plague. A child's head, a severed arm and a girl in a blue dress are among the spooky phenomena to have been spotted there.
Nestle deep beneath the Royal Mile in Edinburgh there's a hidden a labyrinth of narrow streets and houses. The area of Mary King's Close was originally a number of streets lined with houses, taverns and shops. Buildings were up to seven storeys high and housed hundreds of Edinburgh's inhabitants, but in 1645 the city was hit by the bubonic plague and the confines of the close proved to be a fertile breading ground for the black death.

In an attempt to stem the spread of this ravaging disease, city official quarantined Mary King's Close, and although victims of the plague were cared for, many died in their homes.
By the mid 18th century, the council decided to build the Royal Exchange on top of the close. Residents left the area and the street became a subterranean underworld, buried for centuries, but the close was recently reopened, allowing its macabre history to be retold.
The close is said to be the site of dark shadows, strange noises and even apparition of body part have been reported here. Chesney's House, is said to be so scary, that some staff member refuse to enter certain areas on their own and the ghost of a man has been seen here before vanishing.
A building known as the "Murder House" is said to be the location of a killing. A woman murdered her son in law here and was executed for her crime. Since then his wounded figure has been seen and heard reenacting the moment of his death.
Annie's Rooms are said to be the most haunted part of the close, as well as cold spots, phantom voices and dark shadows, the spirit of a little girl has been seen wandering endlessly, trying to find her mother, who apparently left her to die during the plague. She's been seen so many times that guests often leave her toys to play with.
As always, Derek Acorah was the last to arrive at the location, having no information about the property in advance. Yvette, Derek and paranormal investigator, Phil Whyman, started their investigation in the close. Derek instantly picked up on the poor and confined living conditions in the close, as well as the death and suffering that the black death brought here. During their initial walk around they heard a strange moaning cry, Derek said it was a cow and picked up on the energy of other animals. Yvette confirmed that the area adjacent to the room they were in was once used as a cattle shed.
With the lights now turned out and the cameras switch to night vision, guest physic Derek Ogilvie took over from Derek and joined Yvette in the close. He also picked up on the energy of many of the close's past inhabitant, including the spirit of a woman who is often spotted on the stairs into the underground space.
Towards the end of the episode, the team split up to carry out vigil throughout the property. There were a few knocks and bangs, as always an orb was caught on camera and Derek Acorah described the sensation of being touched.
While Yvette was investigating with Richard Felix and Karl Beattie, they heard a very loud, repetitive banging sound that appeared to be coming from above them. After looking for the source of the sound, they discovered that the sound was coming from a set of pipes that ran through the close, probably as a result of vibrations caused by an electric pump. The team deemed this not to be paranormal activity.
The episode ended with a small teddy bear being thrown across the Annie's room, the event was witnessed by Stuart Torevell, Tom O'Carroll and Alex Lysaght, but Karl didn't catch the incident on camera.
For reviews of all of the new episodes, plus highlights and evidence from the shows, and to find out when Most Haunted is on next, visit the Most Haunted episode guide.
Tags:
paranormalmost hauntedtelevisiontopicalscotlandundergroundshiver