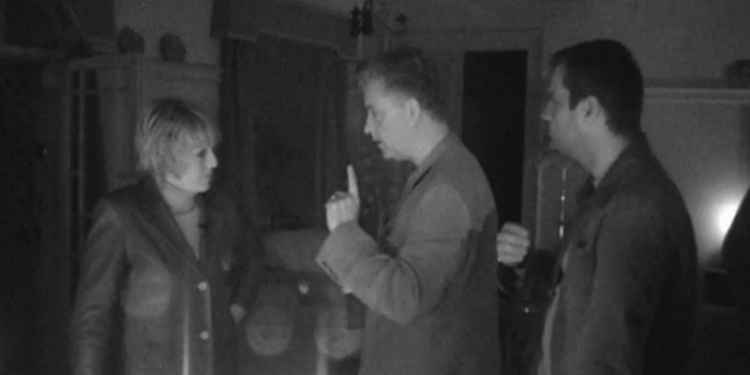 Yvette Fielding and the team investigate spooky goings-on at Moresby Hall, an ancient manor house in Cumbria and have an eerie experience in a tunnel.
The hall is set in the beautiful Cumbrian countryside near Whitehaven and has been a home since the 12th century and has had many noble people live and stay there. The first recorded owner of the manor was a man called Morisceby who settled there at an early period after the conquest and has left his lasting memento behind in the name Moresby.
The hall past through many different families, but the most prevalent of these were the Fletchers. Opposite the hall sits the local church, which was once a Roman fort, its graveyard is home to many of the past residents that lived at the hall, mostly Fletchers.

Many human skeletons and bones have been found throughout the house with no identities. The remains have been found in the chimney and under the floor. Since three of the bodies were recovered from underneath the main entrance hall floor, a dark shadowy figure has been sitting in the corner and misty shapes have been seen floating across the room. Local historians think the bodies might have been part of the Roman burial ground.
A wandering cavalier has been seen walking up and down the stairs and the disembodied cries of children have been heard in the dead of night.
After Yvette's introduction, the show's spiritualist medium Derek Acorah showed up and started his investigation wearing a very snazzy teal jacket. Derek straight away picked up on the bones which were found under the floor and behind a chimney, he also made the connection to a Roman settlement and lead the team to a wall, behind which Derek said there was another secret chamber still full of bones.
Derek didn't pick up on the spirit of children who have been seen and heard on the stairs but came in to contact with the spirit of a woman.
Derek then lead a terrified Yvette and Karl Beattie into a narrow tunnel in one of the outbuildings, where they encountered the energy of a man and something hit Derek's leg. Yvette declared that this was a "stupid idea" and they eventually made their way out, but on the way Karl suddenly found he couldn't move and had to pull himself free as if someone or something was holding on to him. Later Phil Whyman and camera man Rick Fielding also ventured in to the tunnel, they didn't last as long after hearing a strange banging sound.
Meanwhile Catherine Howe and Victoria Lysaght were sent to the local graveyard where they soon got very scared by the dark, creepy atmosphere.
For reviews of all of the new episodes, plus highlights and evidence from the shows, and to find out when Most Haunted is on next, visit the Most Haunted episode guide.
Tags:
most hauntedparanormaltelevisiontopicalcumbriashiver