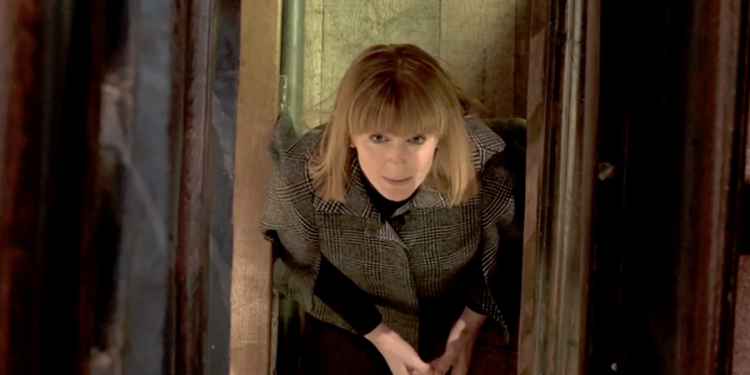 The new series of Most Haunted aired for ten consecutive nights over Halloween and introduced viewers to five new haunted locations. The series started with an "As-Live" special at Ashwell Prison in Rutland and ended with a mammoth three-part investigation of the Leopard Inn, Stoke-on-Trent.
The team also visited the Bate Hall in Macclesfield, Ruthin Castle in Denbighshire, and returned to the Ancient High House, marking Yvette Fielding and the team's second visit to the house, having previously investigated it as part of series eight in 2006.
With all this action and ghostly goings on, how much can you remember about the series? Test your knowledge with these 20 tricky questions...

1. How many doors slammed in succession along an empty corridor at the Leopard Inn?

2. Which member of the team was teased about wearing Cuban heels at Ashwell Prison?

3. It's unusual for the Most Haunted team to use gadgets, but Stuart Torevell and Gregg Smith used which ghost hunting device at Ruthin Castle?

4. In which part of The Bate Hall did the team capture a shadow moving on camera?

5. In which room of the Ancient High House did Karl hear what sounded like one of the chairs around the table move?

6. While talking to any potentially gay ghosts, which member of the team said "I'll take one for the team if you show yourself to us?"

7. What child's toy fell through a doorway and into a corridor in front of Karl at the Leopard Inn?

8. Which name came through to the team during a séance at the Bate Hall?

9. What item seemed to turn itself on twice on the upper floors of the Leopard Inn?

10. Throughout the team's investigation of Ruthin Castle, Glen Hunt was recording audio in the hope of capturing EVPs on his laptop in which room?

11. At which series 23 location did a ball repeatedly roll down the stairs?

12. Although Yvette was a little skeptical, what was the room where the team conducted a séance at the Leopard Inn said to have once been used as?

13. Which two members of the team kept an eye on a bank of static cameras during the team's investigation of Ashwell Prison?

14. Yvette made contact with the spirits of which family using a tapping board session at the Ancient High House?

15. What was thrown near the team during the time at the Leopard Inn?

16. While sat in room 222 of Ruthin Castle, which member of the team jumped up and fell over a chair?

17. After Yvette said she almost weed herself, which member of the team said "good job it's not scratch and sniff TV?"

18. During his time at Bate Hall, what did Fred Batt have a vision of?

19. Which member of the team was not present for the team's investigation of the Leopard Inn?

20. Which member of the team was found unconscious in the cellar of Ruthin Castle?