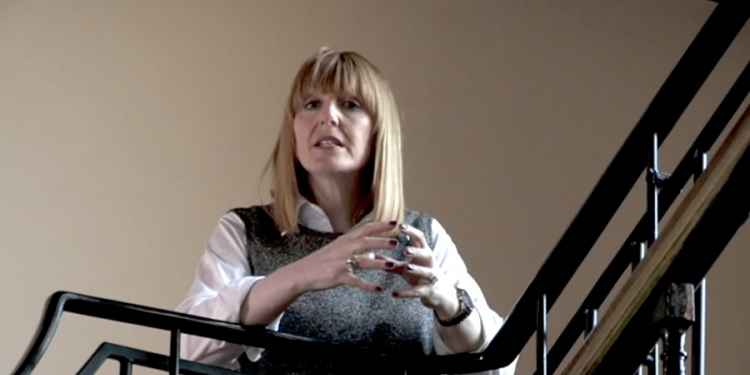 The new series of Most Haunted aired from January to March 2019 and introduced viewers to five new haunted locations. The series started with an "As-Live" special at the Eden Camp Museum in Malton and ended with a mammoth three-part investigation of Guy's Cliffe House in Warwickshire.
Yvette Fielding and the team also visited Hodroyd Hall in Barnsley and Kelham Hall in Nottinghamshire. Throughout the ten new episodes, the team were joined by a couple of guest investigators, including Yvette's daughter, Mary Beattie.
With all these faces and plenty of paranormal activity going on, how much can you remember about the series? Test your knowledge with these 20 tricky questions...

1. Which objects from their own paranormal collection did Yvette and Karl bring to Eden Camp to use as a trigger object?

2. When Karl Beattie entered one of the rooms from Kelham Hall's upper corridors, what did he find spinning?

3. Which members of the team were present in the Middle Chamber of Guy's Cliffe House when a table seemed to levitate?

4. Several large objects like bricks and stones were thrown at some of the team in which part of Guy's Cliffe House?

5. Who joined the regular Most Haunted team for their investigation of Eden Camp?

6. What was the name of the spirit the team made contact with using a tapping board experiment at Kelham Hall?

7. What was thrown at Gregg Smith several times in the cellars of Kelham Hall?

8. Which two members of the team witnessed a bike move in the prefab house at Eden Camp?

9. What was knocked over in Guy's Cliffe House's ice house while Karl and Stuart were investigating it?

10. In which city is Antwerp Mansion that the team investigated situated?

11. A coin seemed to appear from nowhere at Antwerp Mansion, which member of the team's leg did it hit?

12. At Hodroyd Hall Karl and Rick went in search of the ghost of a servant girl, but how did she die?

13. What was the name of the spirit the team made contact with via a tapping board experiment at Hodroyd Hall?

14. Guy's Cliffe House is named after Guy of Warick, his wife is said to have killed herself at the house, but what was her name?

15. Rick Fielding made a return to the show as a guest in this series, but what relation is he to Yvette?

16. Which member of the team fled from the cellar in Hodroyd Hall after a copper pipe was thrown?

17. Crew members Jenny and Lou experienced a door opening on its own in which part of Eden Camp?

18. Several coins were thrown near the team at Hodroyd Hall, what did they all have in common?

19. As the team started their investigation of Kelham Hall, a book 'Local Government Finance' fell from its shelf. The book shared the same year as Yvette's date of birth, but what is that year?

20. What was repeatedly thrown in the cellar of Hodroyd Hall?