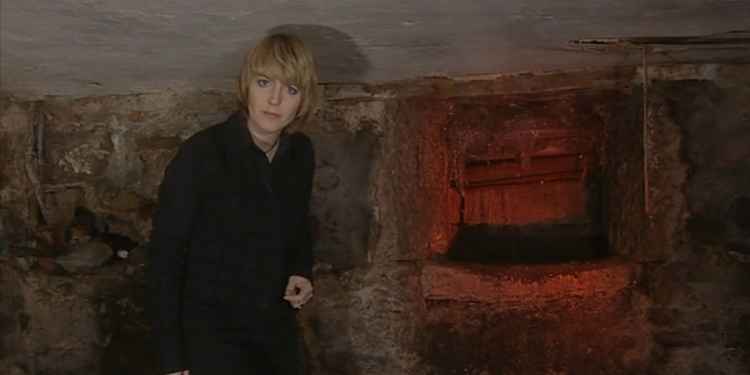 The third series of Most Haunted kicked off at a haunted airfield in Lincolnshire which houses the wreckage of two RAF planes which crashed. Yvette Fielding and the team also investigate The Schooner Hotel, which is said to be the most haunted hotel in the UK and the very creepy Galleries of Justice in Nottingham.
The team also ventured beneath the streets of Edinburgh to a set of vaults that were only discovered in 1980 and visited several haunted manor houses in the heart of the English countryside.
Throughout the series the team tackled ten more of the most haunted locations across the UK, but how much can you remember about the haunted locations and the paranormal activity the team experienced?

1. What spirit is regularly seen in the red room of Fitz Manor?

2. At the Galleries Of Justice in Nottingham the team caught on odd noises on camera, but what did it sound like?

3. At which series three location did Yvette, Karl and Derek venture into a creepy and very tight secret passageway?

4. Which member of the team's arm smelt of smoke after reporting that his arm felt like it was burning?

5. Under which bridge in Edinburgh are the Niddry Street Vaults situated?

6. Which member of the Most Haunted team reported having their arms touch during their investigation of the Edinburgh Vaults?

7. The ghost of which saint has been seen and photographed on a staircase at Tamworth Castle?

8. What type of spirit did Derek Acorah claim to have encountered the Schooner Hotel in Alnmouth?

9. What grim act is said to have taken place in the drawing room of Fitz Manor?

10. At which location did Karl Beattie climb a tree, where many people had been hanged, in order to perform a vigil?

11. In what type of military vehicle did Karl Beattie hold a vigil at the Muckleburgh Collection in Weybourne?

12. How many skeletons were found under the floor in the main entrance hall of Moresby Hall?

13. Which member of the team describe a bang sound they'd heard on a door at the Galleries Of Justice as "real poltergeist activity?"

14. The Squadron Leader who created the Muckleburgh military museum is now said to haunt it, but what is his name?

15. An unexpected fire alarm ended the investigation at which series three location?

16. Five maids were said to have died in the blue room at Aberglasney House, how were they supposed to have died?

17. In which room of the Schooner Hotel did Derek Acorah pick up on the residual energy of a family who were massacred?

18. What odd smell did Derek Acorah pick up on the ground floor of Leith Hall?

19. Which member of the team got so scared that he panicked and fell over in the grounds of Aberglasney House?

20. What was the name of the Spitfire pilot whose spirit Derek Acorah made contact with at RAF East Kirkby?