Why Is A Door At A Haunted Museum In Nottingham Causing So Much Drama? 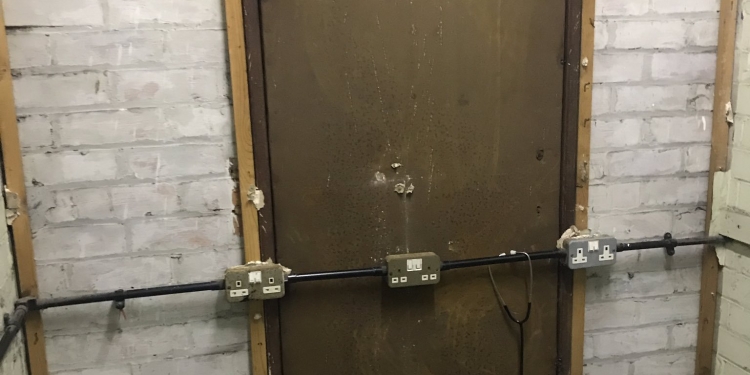 Photo: twitter.com
The Haunted Museum in Nottingham has fast become one of the UK's top paranormal tourist attractions and has recently been named one of the most haunted places in Great Britain in our list of the 100 spookiest locations of 2019.
However, in the last few days, it's not been the museum's haunted exhibits or the stories of the ghosts that haunt the old cinema that have got people chatting, but the secret room which has recently been uncovered and opened by the museum's owners, Steve and Marie Wesson.
Steve and Marie are part of the UK Ghost Hunts team and during their paranormal investigations at the museum have captured what are believed to be spirit voices in the form of EVPs saying "don't open the door", but curiosity finally got the better of them. 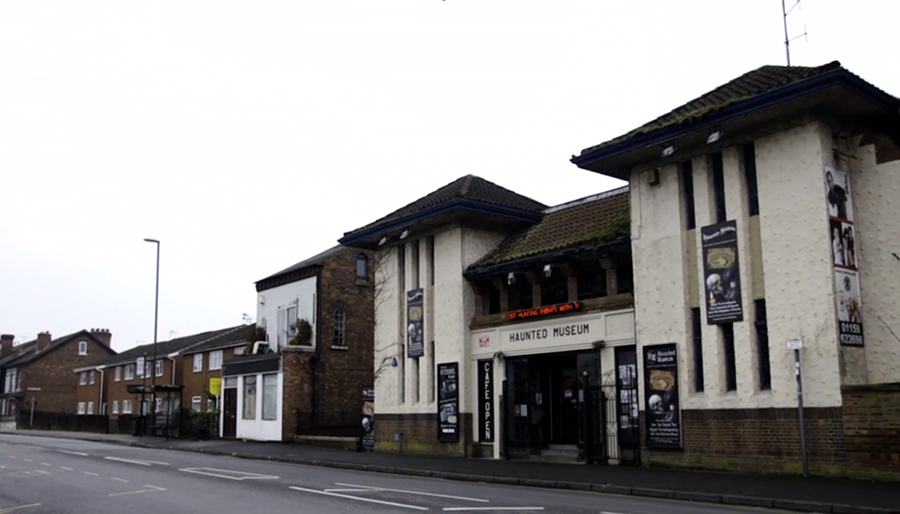 It all started last week when the Nottingham Post reported that a mysterious metal door that has been permanently welded shut and boarded over in the building was opened for the first time. The article stated that inside they found, "a five-pointed pentagram star made from charcoal, a grubby old teddy bear and a collection of white candles burnt to their stubs."
After finding the sinister-looking occult paraphernalia in the secret room, Marie told the Nottingham Post that they were going to be putting a perspex sheet across the doorway so visitors can see the find without disturbing it.
If there's one thing the paranormal community are good at, it's sniffing out a mystery and within 24 hours of the news of the find, some paranormal investigators took to social media with questions in order to try to get a better understanding of what this room was used for.
It was at this point that Paul Stevenson from Haunted Magazine addressed some of these concerns and tweeted a series of photos that conflicted with the news report. The photos appear to show the museum's own staff welding the door shut in June 2018.

A door welded shut then plastered over, again great to a paranormal investigator, again, I am sure you all agree. Then we get a message "that door wasn't welded shut when they found it, THEY welded it shut" (June 2018) and they sent pictures to prove it. pic.twitter.com/EvUzK4W4ux

Of course, this got many people scratching their heads. Why weld it up in the first place only to open it up again? Weren't the occult artefacts in the room when they welded it shut? It's hard to answer these questions as Steve and Marie haven't yet come forward with any answers. It could be that they were ensuring the door was truly welded shut before boarding over it or repairing damage.
There's no question that the old picture house on Woodborough Road is one of Nottingham's most haunted buildings and houses one of the most interesting collections of paranormal artefacts in the UK, but what seems to be frustrating those who have been following this story is the lack of information.
Marie confirmed on the attractions official Facebook page that the opening of the door was caught on camera, "yes, it was filmed and we will release the footage soon." However, the footage has not yet materialised and calls to see it have not been answered.
It could just be that the museum don't want to show too much of the find online as they'd rather people came along and saw it for themselves, but it seems this is no longer possible as Steve and Maria have for some reason swept the room out and turned it in to a store room, adding more confusion to the story but also angering the paranormal investigators who would have loved to get the chance to see this secret occult room.

You could investigate the famous 3ft store room though if you want as you guys find it all so interesting pic.twitter.com/DWjgCnrB38

So, perhaps after all the hype and discussion, Steve and Marie just needed a broom cupboard. This is fair enough, after all Steve said in a video posted on Twitter "if I want to cut off a door, I'm going to. I pay the bills in this building. This is my building, I'll do what I want."
Of course, no one is disputing that Steve is entitled to do what he wants with the building and most would agree that opening the door was a great idea, especially as what they found was so interesting. It's just that there's something not right about the story and those following it want answers.
If the news website's report is to be believed, the door was found welded shut "under a layer of plasterboard when they acquired the old Mapperley picture house last year." So, why are there photos of the door being circulated that appear to show it being welded up after they acquired the building?
The news article also quotes Marie as saying, "we're paranormal investigators not satanists, so we are going to have to get on it to find out as much as we can about it." They said they were going to turn it into an exhibit, so what caused them to change their mind and turn the room in to nothing more than a store room?
How the museum's owners have handle the opening of the door has become a bigger talking point than the original mystery of what was behind it.
This isn't the first time the haunted museum has grabbed headlines. Earlier this year video footage emerged which showed a heavy metal handle on an old funeral hearse on display at the museum swinging wildly of its own accord while the building was locked up over night.
Apart from the secret room, the rest of the museum is open to the public as normal and continues to host ghost hunts and paranormal events. The museum is open Tuesday to Friday (11-6pm) and on Sundays from 1-6pm.
It houses various items with dark attachments, including a fridge that was once used to chill the dead from the morgue of Denbigh Asylum in Wales, as well as an instrument used to summon Satan called the Devil's Guitar, which came all the way from Iraq. There's real human skulls, a dybbuk box that is said to contain an evil spirit, and a doll made from a dead man's bandages, which has been seen to move by itself.
Visitors have reported paranormal experiences in the museum, including cold blasts of air, bangs, screams and the sensation of being touched. Straight after moving into the old cinema Marie saw an unknown woman wandering around the building, despite the fact the property was empty and the doors were locked.
Tags:
paranormalnottinghamtopical