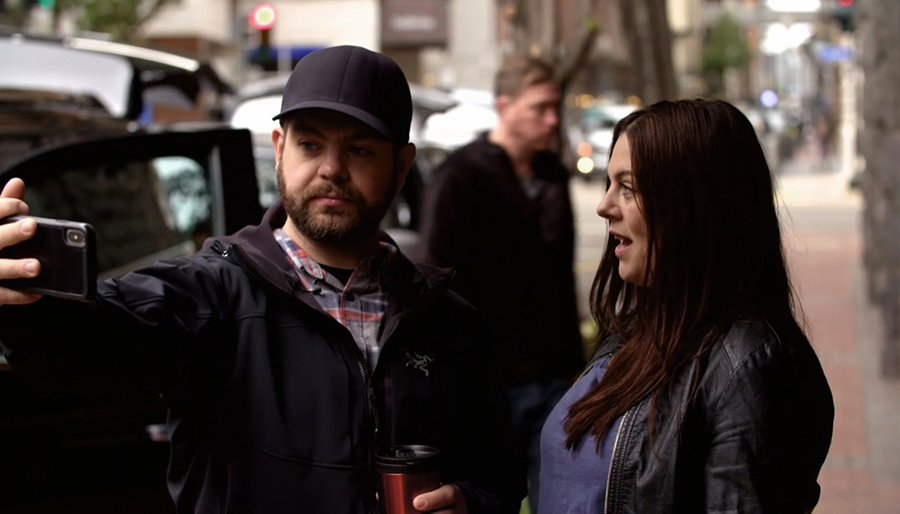 In this week's episode of Jack Osbourne and Katrina Weidman's new ghost hunting show, they conduct the first ever paranormal investigation of the infamously haunted LaLaurie Mansion.
The investigation aired as the seventh episode in the US, here in the UK on the Really channel it is being shown as the fourth in the series.
At the start of the episode we catch up with Jack and Katrina as they arrive in New Orleans, where they plan to use voodoo rituals and spirit boards to hunt for the truth behind the terrifying rumours that surround this real life house of horrors.
Jack tells us, "my belief is that there could be a portal at the LaLaurie house because of the extent of the trauma that occurred on the ground." He talks about the home's former resident, "I think Madame LaLaurie, she was like the Doctor Mengele of her time."
Katrina confirms that LaLaurie was "pretty twisted" and a wealthy woman in her day, and tortured and mistreated slaves in her possession.
As always Jack and Katrina met up with some witnesses of the paranormal activity of the house, before being taken on a tour of the building by the property's caretaker, Lisa Hadley. As well as telling the duo about the odd happenings, including the apparition of a little girl and slamming doors, she said she'd also seen signs that voodoo rituals had been carried out here. 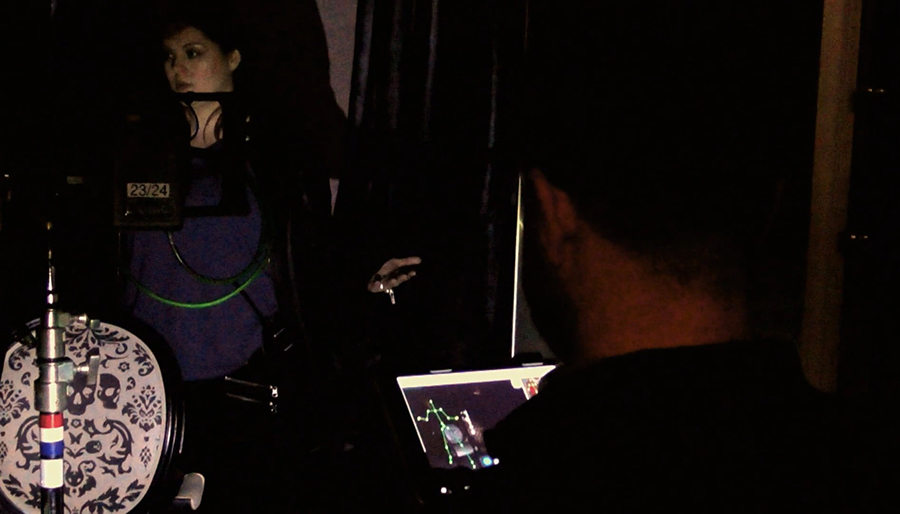 With static night vision cameras rigged around the property, Jack and Katrina prepared to begin their investigation. They also have an SLS camera set up in the kitchen. Katrina says, "basically how it works is it detects something with mass, something that moves like a body, and when it does it maps it out". This is pretty inaccurate, the one thing SLS cameras don't take in to account is mass. They rely on a best-match spot of a body that can be just about anything from a massless shadow to a curtain.
Almost straight away the camera, which was originally designed as a game's console peripheral, picked up a twitching shape in a chair, which is displayed on screen as a green stickman.
Katrina then grabs a device called a Geoport that randomly scans through a bank of phonetic sounds allowing entities to produce intelligent responses to her questions. She starts asking questions as they listen for a voice through the device. At one point Katrina asked how many people were in the room and they thought the voice said "nine" in response, that would be correct.
They then moved on to a room which is now known as the "secret room", a hidden bedroom, but was once the slaves' quarters. Early in the vigil in this part of the building Jack thought he saw a shadow moving across the room and moments later they heard a sound that they thought sounded like a dog barking.
Then once again using the Geoport, they said they heard the name "LaLaurie" come through in the garbled mess of noise, just before Jack felt something breathe in his ear.
Then something quite creepy happened. On camera it was clear to see the infrared light reflecting back from the camera's light, it was bouncing off the far wall, but several times the light seemed to be blocked as if something was moving between the camera and the wall in the darkness. 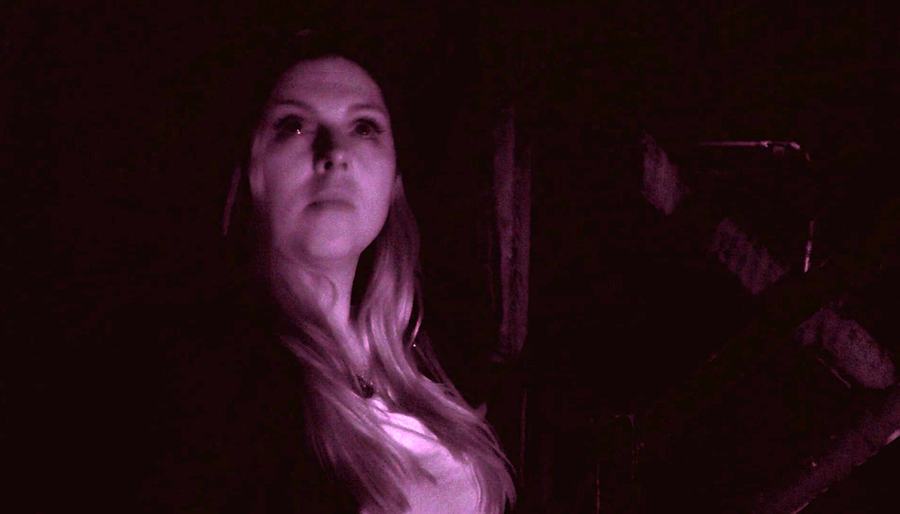 They then went in to the former ladies' parlour, where the property's caretaker had told them that odd rituals had been carried out. Katrina said, "we don't really know the reason behind those rituals and ceremonies, but it's quite possible that a doorway could have been opened without properly being closed."
They attempted to communicate with any spirits of that room using a Ouija board. The two investigators placed their fingers on the planchette and started calling out to the spirits, asking them to use their energy in order to spell out a word on the spirit board.
Although the planchette didn't move, while they were conducting the experiment the candle nearby blew out for no apparent reason.
The pair then split up for the final part of their investigation. Jack went back to the secret room with one of the show's producers, and straight away heard an unexplained light knocking sound. As Jack continued to call out, this sound was heard several more times and eventually seemed to occur in response to Jack's questions.
Meanwhile Katrina was in the attic, but as always not much happened for her and before she really got stuck in, Jack radioed through and ended her vigil.
The episode felt faster moving than others in the series, there was a good chunk of investigation as time wasn't wasted with a "psychic sweep", and they weren't too reliant on pseudoscientific gadgets, at times even managing to seemingly communicate with their own senses using knocking sounds.
Portals To Hell continues next week on Really as part of the channel's #Freakend event, bringing viewers two nights of paranormal entertainment every Thursday and Friday.
You can watch in the United Kingdom and Ireland as part of the Discovery family of channels. You can watch Really on Freeview (17), Sky (142), Virgin Media (129) and Freesat (160), plus YouView, BT TV and TalkTalk TV. Or watch previous episodes on demand on dplay.
Tags:
paranormaltelevisiontopicalportals to hellkatrina weidman