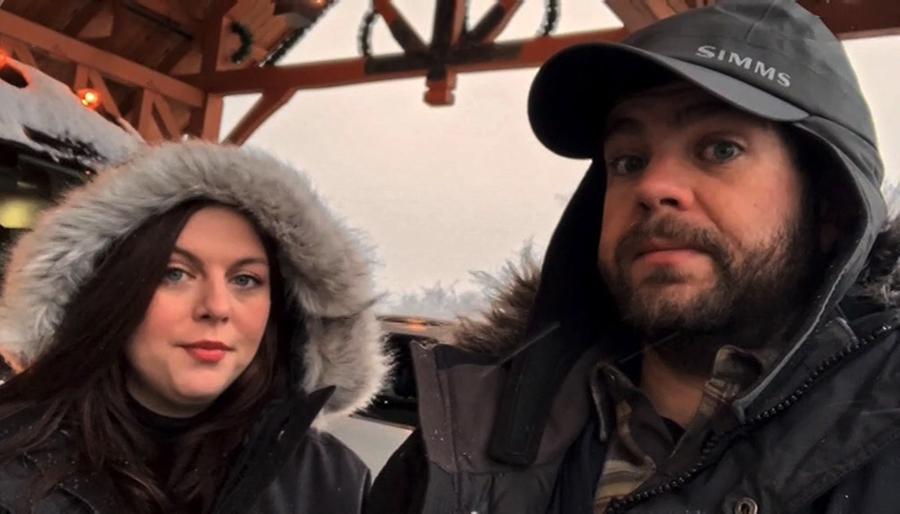 In this week's episode of Jack Osbourne and Katrina Weidman's new ghost hunting show, the duo venture inside the imposing stone walls of a notoriously haunted hospital that housed thousands of mentally ill patients over a dark 130-year-old history.
At the start of the episode we catch up with Jack and Katrina as they travel to Weston, West Virginia, on their way to the Trans-Allegheny Lunatic Asylum.
Jack tells us, "if you're interested in investigating one of the most haunted locations ever then Trans-Allegheny might be your spot, but is it a portal?"
Well, despite the show's title, the duo aren't really on the hunt for portals as such, just ghosts. However Katrina does say that for the patience sent here, the asylum was a portal to their own personal Hell.
Jack agrees and adds that the number of disturbed people incarcerated would have left its mark on the building, "all that energy turns into something that allows negative energy to grow".
As always, they're first given a tour of the building. They're shown around by Rebecca Gleason, who runs ghost tours of the asylum. She tells Jack and Katrina about a sinister doctor named Walter Freeman who famously performed illegal lobotomies at the asylum without his patiences' consent.
The building served as an insane asylum, prison and death row all in one, and many executions were carried out there. In fact all-in-all, thousands of deaths occurred within the grounds, many are buried in one of three graveyards, and these are just the bodies that were not claimed by the dead's family.
The duo were then joined by psychic medium, Michelle Belanger, who was blindfolded and lead around the building. The information that Michelle came up with was very accurate, but didn't really add anything new for the viewer. It was just confirmation of what Jack and Katrina had already told us. At one point she told us the colour of the room she was in, it's impressive, but we can see that - it adds nothing. 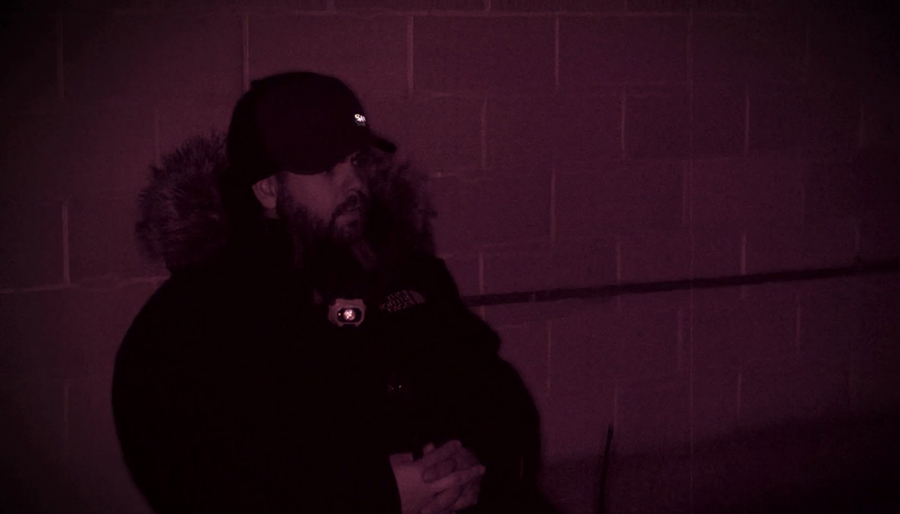 With so much ground to cover the pair decide to split up. Katrina starts in Ward R where straight away she felt like she wasn't alone, "I almost feel like we're being watched". She then heard an odd sound, the sound of voices coming from the distance, but neither her or her camera man seemed bothered and didn't go to investigate further and we didn't see them attempt to encourage any spirits to repeat the sound or confirm it was them.
Before anything else happened, Katrina cut her vigil short after having technical problems with her equipment. Jack was also having problems. He was on the fourth floor of Ward T. In this area strange noises have been reported, dark shadows have been seen and one of the tour guides was allegedly scratched, however his investigation failed to uncover any of this because his equipment wan't working.
Now together to continue their investigation, Jack and Katrina try to communicate with the spirit of a murder victim, using a piece of art created by his killer. Jack and Katrina were using a REM-Pod, this is a ghost hunting gadget that detects changes in the static electricity field it radiates. The device flashed and beep a lot during the vigil, which seemed to be responsive to the investigators' questions.
The pair were pretty impressed with the conversation they'd had using the REM-Pod, and soon after the investigation came to an end.
Portals To Hell continues next week on Really as part of the channel's #Freakend event, bringing viewers two nights of paranormal entertainment every Thursday and Friday.
You can watch in the United Kingdom and Ireland as part of the Discovery family of channels. You can watch Really on Freeview (17), Sky (142), Virgin Media (129) and Freesat (160), plus YouView, BT TV and TalkTalk TV. Or watch previous episodes on demand on dplay.
Tags:
paranormaltelevisiontopicalportals to hellkatrina weidman