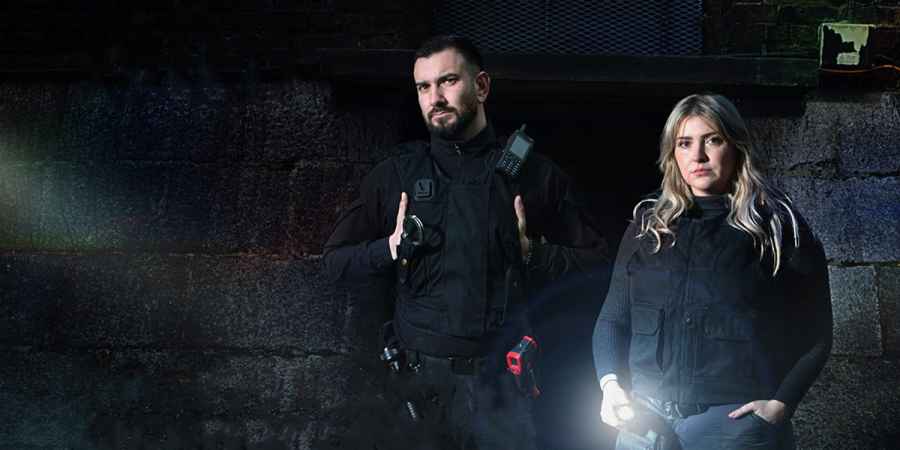 Despite this press release being sent out and the trailer being published online, this show never aired on Really. The channel haven't commented on why they made the decision to drop the show.
From a lost plague pit to a labyrinth of tunnels, medium Jesse Hawkins and paranormal investigator Jade Capasso explore the terrifying world under our feet in a new series exclusive to the Really channel.
Jade is the show's resident paranormal investigator who has for many years had a fascination with tracking down spooks. Jade moved from California ten years ago and is now based in Scotland, where she visits haunted hotspots and documents her findings on her relatively new but fast-growing YouTube channel, Ghost Club Paranormal.
Jade is joined by Jesse, an Essex-based psychic medium who has studied a broad range of supernatural topics while investigating the paranormal realm for over a decade.

'Ghosts Trapped Underground' is a new eight-part series that starts Friday, February 4 on the free-to-air channel and will also be available to watch on demand via Discovery+.
How can ghost hunting shows get darker and scarier? In this new eight-part series Jesse Hawkins and Jade Capasso take their investigations to the secret subterranean worlds below Britain. They'll look for proof of the paranormal in haunted tunnels, cellars and caves, including the infamous Hellfire Caves in Buckinghamshire famed for their links to satanic rituals and sacrifice.
The fearless duo must spend the night below ground, trapped with the very spirits they're hunting as they attempt to capture supernatural evidence on camera. They'll be armed with body-mounted cameras, allowing them to capture every sighting and providing viewers with an immersive and unique first-person perspective of these haunted subterranean worlds. Meanwhile, above ground a support team will monitor the below-ground investigation.
As for the locations the team might visit, nothing has yet been confirmed but there are plenty of haunted underground places across the UK to choose from including Wookey Hole the famous show caves, or the vast network of man-made sandstone caves beneath Nottingham.
The series will sit on the schedule alongside other spooky favourites including 'Ghost Adventures', 'Portals To Hell', 'Kindred Spirits', and the only other British offering on the lineup, 'Help! My House Is Haunted'.
Really is available on Sky 142, Virgin 128, BT 17, Freeview 17, Freesat 160 and is available to stream live or catch up on demand on Discovery+.
Tags:
televisionundergroundparanormaltopical