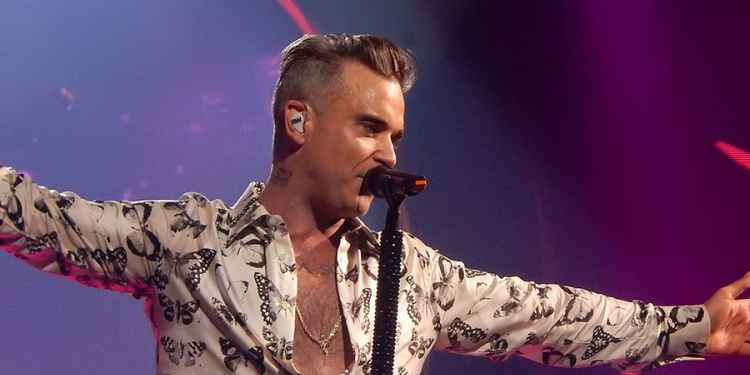 Photo: © Drew de F Fawkes
It's a well known fact that Robbie Williams has a bit of an interest in the paranormal having once famously spoken out about his beliefs in UFOs. Now it seems that the unexplained has got a little too close to home for the Take That singer.
The singer told Jo Wood on her Alien Nation podcast that an LA mansion that he rented from 'Ghostbusters' star Dan Aykroyd 18 years ago was haunted by one of the house's former residents, Mamas and Papas singer Cass Elliot, also known as Mama Cass.
The mansion was the home of the singer until her death in 1974 at the young age of just 32. Robbie told the podcast host, "I know that you are here and I am going to respect your space. I please ask you to respect mine as I am scared of you."
According to Robbie, Aykroyd, is very aware of the haunting - as you'd expect. The 'Ghostbusters' actor has been previously quoted as saying, "I’m sure it’s Mama Cass. You get the feeling it's a big ghost."
Robbie only lived in the mansion for three months but claims to have had "several experiences" during that time. The odd goings on range from seeing objects moving of their own accord through to the sensation of being touched by unseen hands and even reports of full apparitions and spirit communication. Robbie said, "I saw things moving around on our counter, and doors opening and closing."
It wasn't just Robbie that experienced the paranormal activity, he told the podcast, "the staff also had experiences, direct contact in terms of tactile touching, and then turning around and there's no one there." He also described a time when a team of removal workers refused to go back into the house after seeing an "old lady sitting in the chair."
At one point Robbie had a friend living with him in the celebrity mansion and they had a very strange encounter in the bathroom. Robbie said, "he'd just had a shower and he was white. I said, 'what's up?' And he said, 'I've just had a conversation with someone that wasn't there'."
Despite haunting the LA property, Cass died in her sleep in a London flat that she was staying in while performing in the country. Her death was due to heart failure.
Tags:
paranormalmusictopical