This Morning's Roving Reporter Alison Hunts For Ghosts At The Cage

This article is more than three years old and was last updated in February 2021.

The Cage in the small village of St. Osyth has been called the most haunted house in Essex. The former witches prison is said to be so infested with spooks that it drove its current owner, Vanessa, out several years ago.
With Halloween approaching and a sale finally agreed on the house, ITV's 'This Morning' sent their roving reporter, Alison Hammond to investigate the spooky goings on in the 16th century home.
Covering for Philip Schofield and Holly Willoughby were the show's guest hosts, legendary television couple Richard and Judy, who described the Cage as the "spookiest house in the UK". They threw over to Alison who was live outside the recently sold real-life house of horrors.
Alison was joined by Vanessa, who told her that she experienced strange goings on from the day she first moved into the house in 2004. She said, "at the very start it was lots of things like the doors opening and slamming, the taps are always running, the TV would turn on and off, the kettle was always going on and off. Lots of electrical things, and just lots of movement that shouldn't be there."
After spending the previous night in the house, Alison was already a believer, and in case you're wondering what convinced her, we then get to see Alison's investigation from the previous night.
During her spooky vigil, Alison was joined by Warwickshire-based professional paranormal investigator MJ Dickson, a prominent figure in the paranormal field known as the organiser of Sage Paracon, an annual paranormal convention. The pair were tooled up with various ghost hunting gadgets as they wandered the house in the dark looking for signs of the paranormal. 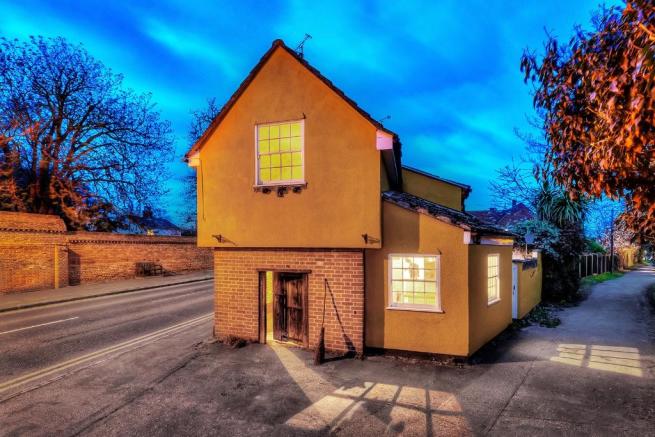 It's fair to say Alison got pretty spooked when the various ghost hunting devices lit up and beeped, indicating the possible presence of a spirit. The ghost hunting duo used an audio recorder to attempt to capture the sound of spirit voices as electronic voice phenomenon, on reviewing the recording they heard a voice saying "get out".
Moments later Alison had a terrifying moment and was glued to the spot, but it turned out this was just because her dress had got caught on the stairs.
They continued their investigation upstairs, but it all got a bit much for a terrified Alison who told MJ, "can we go? I don't wanna stay here no more."
As they left the house Alison panicked when she thought she saw something at the bottom of the stairs. Richard later pointed out this was just a step.
After the re-cap of the night's events, Alison reluctantly went back into the house with Vanessa for a live link-up with Richard and Judy. During the chat there was one last scare for Alison, which viewers almost missed due to the live signal breaking up. Richard joked that this was "ghostly interference on the signal".
Tags:
paranormaltelevisionessexthe cagetopicalhalloweenhalloween 2019this morning