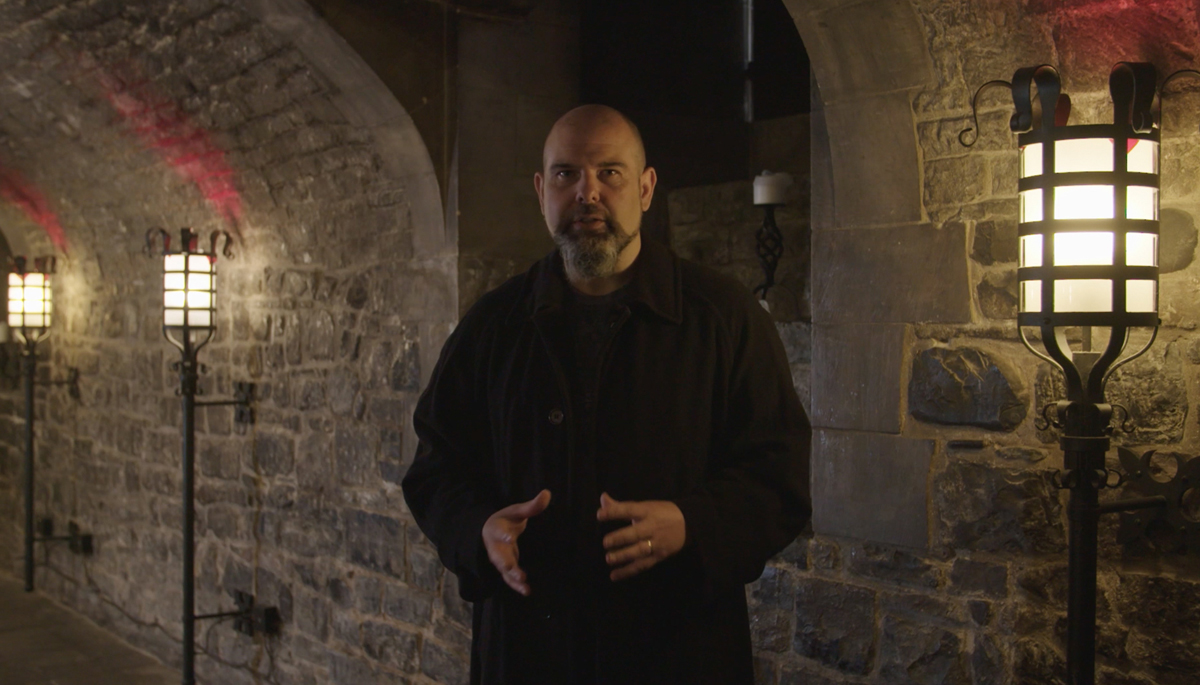 'Spectre Or Spectacle: A History Of The Paranormal' is a well-produced and fascinating documentary exploring our obsession with the unknown and how paranormal entertainment has influenced our belief in ghosts.
The feature length documentary takes fans of ghosts and hauntings on a journey through time, exploring how ghost stories, paranormal reality shows and supernatural movies have shaped people's belief in the things that go bump in the night. It features interviews with historians, authors, parapsychologists and experts in the field of the paranormal.
The documentary is written and directed by North Wales filmmaker, SJ Evans. SJ also presents the film, although frustratingly this isn't clear. Although SJ is a very good and confident host, he doesn't introduce himself and no name is given on screen until the end of the film. He does however talk about his passion for the paranormal and how it started, but we get very few other clues about his involvement or role in the paranormal community, which I felt would be nice background information as a viewer.
SJ tells us in the film, "my aim is to explore the origins of ghosts in our culture and how our attitudes and beliefs towards them have been affected by entertainment through the centuries, and with the help of leading experts in the field of the paranormal try and find out exactly what is our fascination with the great beyond and why do we take such pleasure from it."
Those experts include Alexandra Holzer of 'The Holzer Files', the legendary television producer Stephen Volk, who created the infamous BBC mockumentary, 'Ghostwatch', podcaster Penny Griffiths Morgan, and 'Help! My House Is Haunted' investigators Barri Ghai, Jayne Harris and Sandy Lakdar.
It's not clear if this was a lockdown project, but all of the interviews were conducted remotely via webcam, which means the majority is a little lacking in cinematic finesse, but this doesn't in anyway detract from the level of research and the very strong narrative, which starts with historian Joshua J Mark talking about the earliest written examples of stories relating to an afterlife and people coming back from the dead.
We seamlessly flow from ghosts in fiction to the birth of spiritualism as told by 'Spooked Scotland' investigator Evelyn Hollow, who recently contributed to the hugely successful podcast series 'Uncanny', and Kate Cherrell from the blog Burials & Beyond. The rise of spiritualism meant that ghosts were no longer confined to stories and works of fiction, the open-minded were now attempting to communicate with the dead.
Of course, the documentary couldn't ignore what is perhaps the most infamous method of talking to the dead, the Ouija board. Karen A Dahlman of the Talking Board Historical Society tells us about the origin of this harmless tool and how the perception of Ouija boards nosedived thanks to their sinister betrayal in Hollywood movies such as 'The Exorcist' and 'The Amityville Horror'.
But if there was one paranormal movie that deserves a mention in a film like this, then it's 'Ghostbusters', the supernatural comedy that inspired a generation of ghost hunters. Parapsychologist, Ciarán O'Keeffe admitted that he wanted to be a Ghostbuster. He said "it was a huge influence because I suddenly thought that's what I want to do." 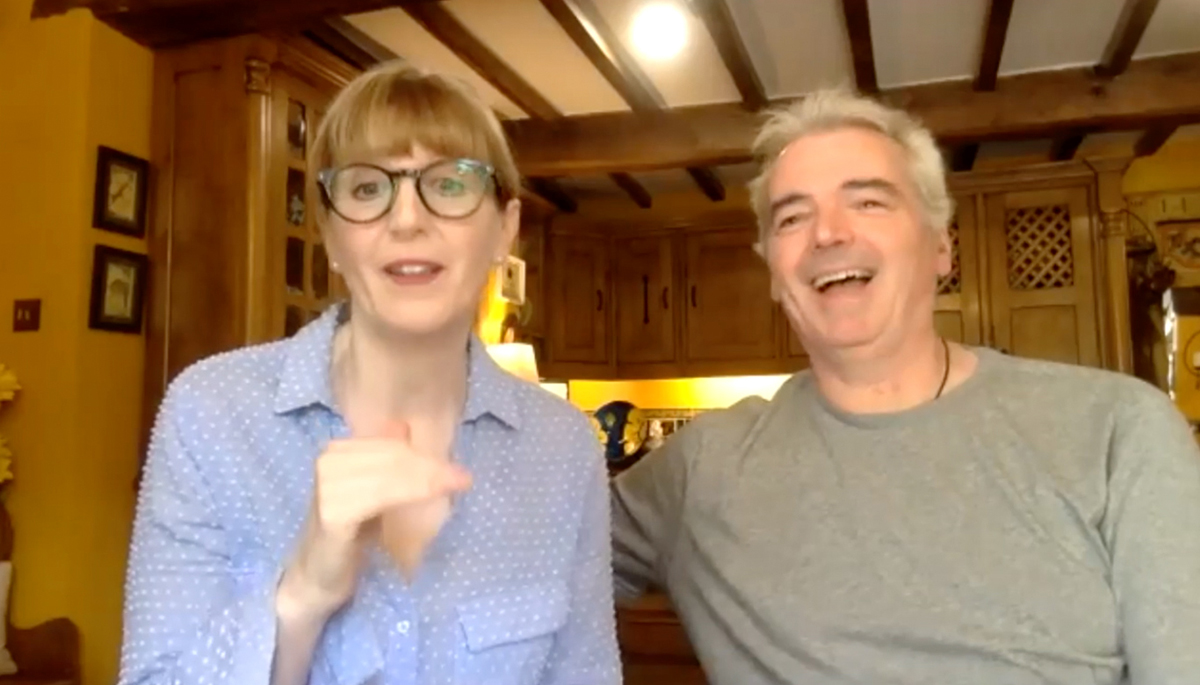 Ciarán went on to become a part of the next big shift in paranormal entertainment, the flood of ghost hunting shows on television. Here in the UK, 'Most Haunted' was at the forefront of this ghostly television revolution, but the boom saw so many shows presenting evidence of the afterlife that viewers began to question what they were seeing.
Yvette Fielding features in the film alongside her husband Karl Beattie. They created the long running paranormal show, 'Most Haunted' and talk about why they don't like the phrase "for entertainment purposes only" being used in front of paranormal reality shows. 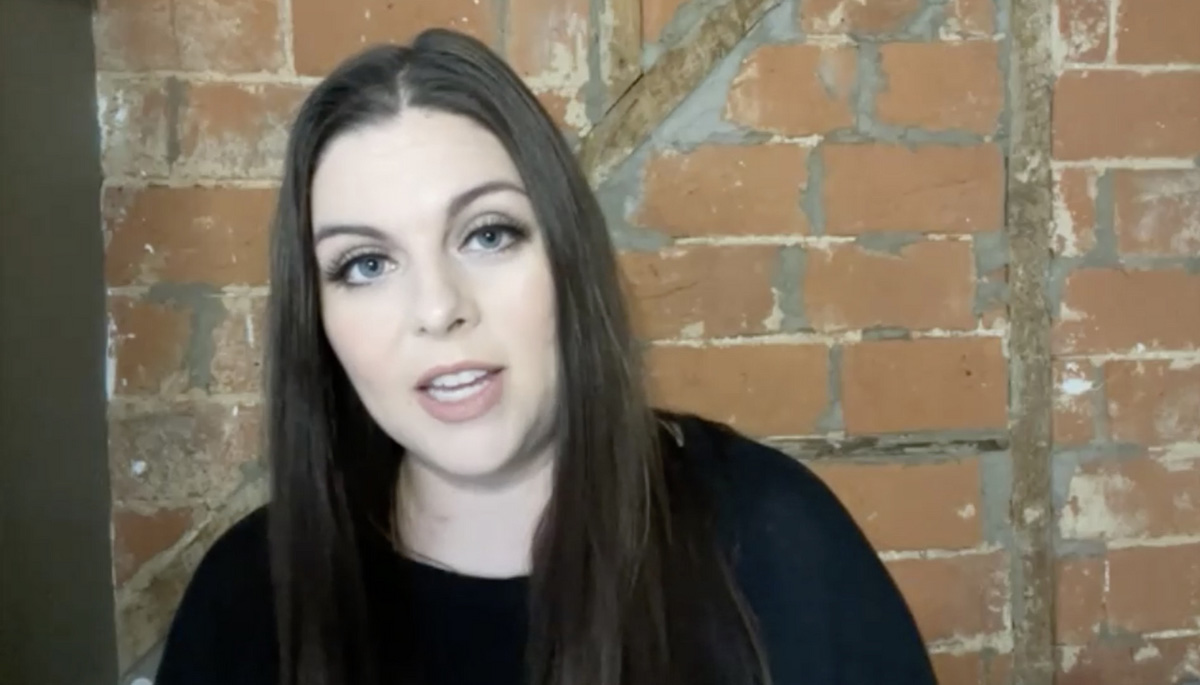 This famous disclaimer is also discussed by Katrina Weidman from 'Paranormal Lockdown' and 'Portals To Hell', who said "I think, at least to an American, it reads as you're saying this is fraudulent - this isn't real. So, I take issue with that because I don't do that on my shows." But commissioning editor of 'Most Haunted', Richard Woolfe, says in the film that the disclaimer "didn't dent the viewing figures one iota."
All of the interviews are very well edited and flow throughout the 82-minute film, which concludes with an exploration of the growing trend of amateur ghost hunters and live streaming ghost hunts.
The interviews are punctuated throughout with a lot of stock footage, some of which is a little jarring as it's not always strictly relevant to what the interviewees are saying. For example, there's a moment when Jayne Harris talks about locations made famous by 'Most Haunted' and mentions Dudley Castle, but we're shown an unrelated shot of Caerphilly Castle, a place Yvette and the team have never visited.
The film aims to raise awareness and funds for the charity, Angelwish. Shimmy Mehta, the founder and CEO of not-for-profit organisation said, "Angelwish has been focused on granting the wishes and providing for the basic needs of children and families living with chronic illnesses for many years and we are excited to be working with SJ again."
There's not yet any news on when 'Spectre Or Spectacle: A History Of The Paranormal' will be available to stream at home, but to find out more about the project and get the latest updates, follow the @HistoryParanorm on Twitter.
Tags:
paranormaldocumentariestopical