St. Osyth's Haunted House 'The Cage' Up For Sale 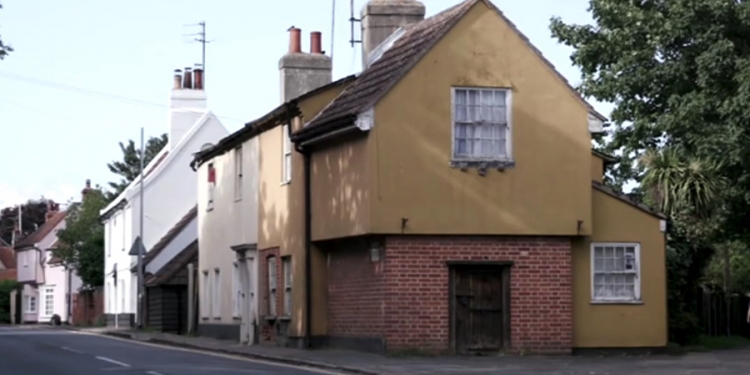 A small home in St. Osyth, Essex, which has recently been called Britain's most haunted house by the press, is on the market and could be yours own haunted abode.
The current owner, Vanessa Mitchell, who bought the house in 2004, had her first odd experience on the day she moved in to the house. While unpacking, she saw a dark shadow figure, on another occasion she said she was pushed by an unseen force.
Despite this, Vanessa stated in the house for three years before abandoning it and living the house empty for over a decade, but has now put the property up for sales after having it cleared of its ghostly residents.
The house is situated 60 miles from London in the historic village of St. Osyth, in the heart of rural Essex. This one building casts a sinister shadow over the picture-perfect community. It's said that many of the house's past inhabitant have been trouble by mysterious and sometimes violent paranormal activity.
The house earned its nickname due to its historical use as a holding cell for witches in the 16th century. 12 local women accused of witchcraft were locked up there, including a witch by the name of Ursula Kemp. She was one of the three women who were eventually found guilty of witch craft, she was hanged for her crimes in 1582.
The Cage is one of only seven similar prisons left in the country, it remained in use as a a prison for men, women and children up until 1908. Since then it has been a private dwelling with many of the past residents reporting paranormal activity.
The house is being sold by agents Home Domus 360, who are arranging special viewing experience in early June.
Tags:
paranormaltopicalessexthe cage

Is This The Most Haunted House In England?

Help! My House Is Haunted: The Cage, Essex