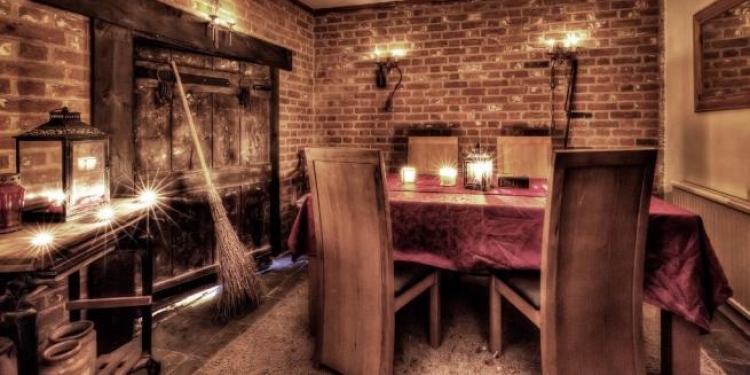 The Cage has been called the most haunted house in Essex and has countless reports of ghost sightings, perhaps due to its original use as a prison. The house also has a history of suicide and is now said to be a hotbed of paranormal activity.
With so much strange activity going on, there's plenty haunted history for you to get your teeth into, but how much do you know about this haunted hotspot?

1. In which sleepy Essex village is The Cage situated?

2. What sort of prisoners was The Cage originally built to hold?

3. Until what date was the building used as a prison?

4. The owner and her friends once found what in the living room?

5. Which of these paranormal television shows investigated the house in an episode?

6. Which of these forms of haunting have been reported at the house?

7. What is the title of the book about the house written by its owner Vanessa Mitchell?

8. What has recently been found in the oldest part of the property, the original cell?

9. What is the name of the most famous witch to be held in the cell?

10. The owner mysteriously found something in the kitchen belonging to a former owner who'd hanged himself, what was it?

11. The part of the house that was originally the prison cell is now used as which room?

12. At one time the prison was used to house victim of what?

13. Which of these haunting phenomenon has NOT been reported at the house?

14. How many local women accused of witchcraft were locked up in the earliest part of the cottage?