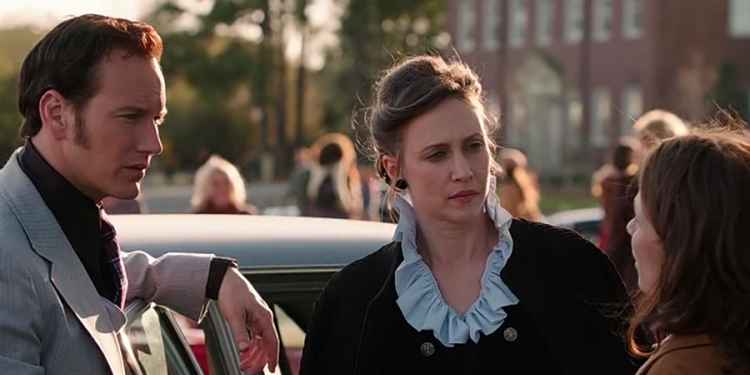 The Conjuring movie franchise is based on the case files of the husband and wife paranormal investigators, the Warrens, but how much can you remember about the horror movies that make up the supernatural universe?
Test your knowledge with these 20 tricky questions about all of the movies including, 'The Conjuring', 'The Conjuring 2', 'Annabelle', 'Annabelle: Creation', 'Annabelle: Comes Home' and 'The Nun'.

1. What is the name of the early 19th century witch who is said to haunt the house in the first Conjuring movie?

2. What are the names of the real-life paranormal investigators that the franchise is based around?

3. What movie in 'The Conjuring' franchise takes place first chronologically?

4. In which country does 'The Nun' take place?

5. In which movie do we first meet the Annabelle doll?

6. Who played the role of the demonic nun?

7. Which character from the franchise is based on an old nursery rhyme?

8. Where is the first Conjuring movie set?

9. What is the name of the youngest daughter at the centre of the poltergeist case that features in the second Conjuring movie?

10. Taissa Farmiga stars as Sister Irene in 'The Nun', but what relation is she to Lorraine Warren actress, Vera Farmiga?


11. In which movie did we first see the demonic nun?

12. 'The Conjuring 2' opens with a brief account of which other famous haunting case?

13. What is the name of the family's dog in the first Conjuring movie?

14. Annabelle is based on a real-life paranormal case, but what sort of doll was at the centre of the real case?

15. What was the name of the old man who dies in the house the featured in the second Conjuring movie?

16. What toy did one of the daughters find when her family moved into their new house in the first Conjuring movie?

17. Which British paranormal investigator is seen working alongside the Warrens in 'The Conjuring 2'?

18. What is the surname of the couple who allow a demon to use the Annabelle doll as a vessel?

19. In 'Annabelle: Comes Home', what's the name of the priest who comes to bless Annabelle at the Warrens house?

20. What game did children play after moving into their new home in the first Conjuring movie?