'Tiptoe Through The Tulips' The Scariest Song EVER

What is the meaning of the song? Why was it used in the film 'Insidious'? Who was the singer, Tiny Tim? Why does the song refer to 'tiptoeing by the window'? 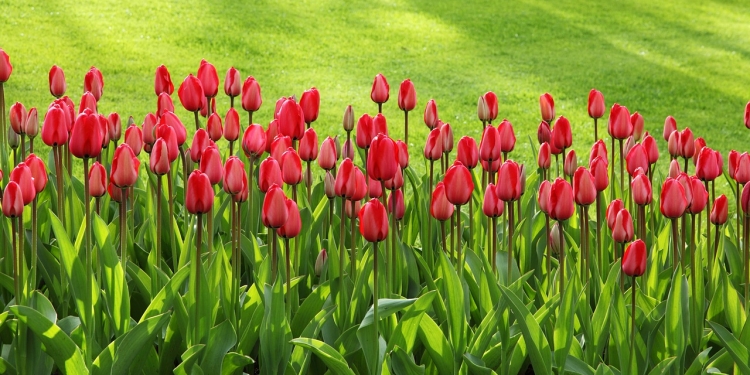 Photo: pixabay.com
"Tiptoe through the window, by the window, that is where I'll be. Come tiptoe through the tulips with me," the lyrics might send a chill down your spine but what is it about this song which dates back to the 1920s that is so creepy?
I'm not the only person who thinks this is a scary song, there's been plenty of discussion about its eerie qualities online. One comment posted online speculates that the song is so terrifying because of its appearance in a horror movie, "I think it has something to do with the movie 'Insidious.'"
However, what's odd is that this comment comes from someone who goes on to say, "I've never seen 'Insidious,' can someone please explain to my why its so creepy?" So, if this person finds the song creepy and they haven't seen the 2010 movie then I guess we can rule 'Insidious' out as a cause.
Another poster might have the answer, "the song's creepy quality comes from its singer, Tiny Tim, a seemingly scary man."
According to the comment Tiny Tim, a singer who popularised the song in 1968, was "a rather imposing figure, what with his big hair and big toothy smile," he may have sounded like a scary man, but in reality he was actually the opposite.
But there's a problem with this answer too, I find the song creepy and I've never seen Tiny Tim. In fact to be totally honest I thought the song was sung by an old woman.

Perhaps it's the songs lyrics that make it so unnerving? Well, apart from the mention of the singer waiting "by the window" which could be taken as a little bit creepy or stalker-like in a certain light, the lyrics themselves are actually quite innocent.
The original version was intended to be a feel-good, romantic song, written for the 1929 movie 'Gold Diggers Of Broadway', it's supposed to conjure up feelings of love, nature, free spirit and spirituality.

Why Is 'Tiptoe Through The Tulips' So Creepy?

So, if it's not creepy lyrics, an eerie appearance in a movie or the juxtaposition of a scary-looking man singing the song, then what is it that give people chills when they listen to 'Tiptoe Through The Tulips?'
The real reason 'Tiptoe Through The Tulips' makes people feel uncomfortable is the same as the reason why so many people are afraid of clowns. A clown's costume exaggerates facial features and some body parts, such as hands, feet and noses.
In the case of clowns these psychical inaccuracies can be read as monstrous or deformed as easily as it can be read as comical. Their makeup transforms them from a normal person in to someone from the so-called "uncanny valley." A term used to describe a figure which is lifelike enough to be disturbing, but not realistic enough to be pleasant.
'Tiptoe Through The Tulips' falls into the uncanny valley too, Tiny Tim doesn't perform the song in a traditional singing style and his voice isn't quite silly enough to make it comical, it just comes across as slightly sinister.
In the same way as clowns portrays an idea of forced fun, Tiny Tim's rendition of the song is almost too happy, too forced, making it all the more creepy.

'Tiptoe Through The Tulips' Lyrics