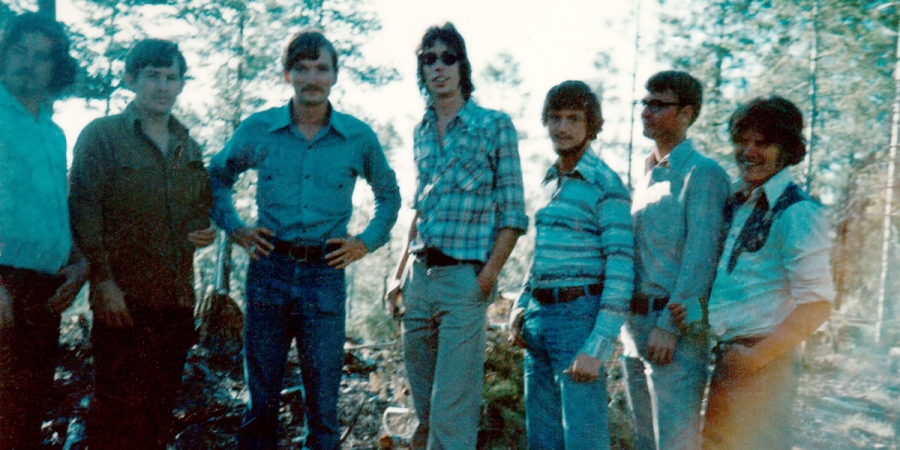 Photo: © Discovery+
Discovery+ have announced that a new 'Shock Docs' special will re-examine the alien abductions of Travis Walton in 1975. 'Alien Abduction: Travis Walton' will premiere exclusively on the streaming platform on February 18.
The US government has recently shown a revitalised interest in UFOs, or as they call them Unidentified Aerial Phenomenon (UAP). The Pentagon has even set up a new task force to study these unexplained incidents in a more serious and open manner.
While the government reports do not confirm or debunk the existence of alien life, they have reignited worldwide interest in the existence of extraterrestrials and set the perfect stage to look back at one of the most well-documented alleged UFO abduction cases in history.
The all-new documentary tells Travis' real story recounted by the eyewitnesses and victims themselves, and with new forensic technologies not available in the 1970s. Plus access to unique tree ring growth that may prove where the UFO was hovering. Investigators also re-examine key pieces of evidence to see if they can prove that Travis had physical contact with extraterrestrials and uncover details of the man who led a complex plot to debunk Travis' story.
On November 5, 1975, a seven-person logging crew were driving home after a long workday in the Apache-Sitgreaves National Forest, Arizona, when they suddenly encountered a UFO. One of the men, 22-year-old Travis Walton, got out of the truck to investigate. His crew mates were horrified when they witnessed a bolt of blue light flash from the alien ship and knock Travis to the forest floor.
Fearing Travis dead, the crew fled back to town and called the sheriff. When a search of the area turned up no sign of Travis, puzzling questions arose. Was Travis truly abducted by aliens? Did his coworkers murder Travis or have something to do with his disappearance and concoct the UFO story to cover their tracks?
The six crewmen passed polygraph examinations, but rumours persisted. The Walton story became an international media sensation and pushed the residents of rural Snowflake, Arizona, to the brink. Years later, the film 'Fire In The Sky' brought awareness of the story to a whole new group of UFO investigators. They uncovered physical evidence that may prove alien visitation of planet Earth.
Discovery have also announced that the iconic abduction case of Betty and Barney Hill will be the focus of another 'Shock Docs', which will also premiere on Discovery+ on February 18.
"Even after decades, these are still active cases," said paranormal researcher, Ben Hansen. "We've been following up on leads and field research in the last few years that have uncovered incredible discoveries. As the world is hearing official confirmation of the existence of UAPs that may be of extraterrestrial origin, we now have to ask the next question: how up close and personal are these visits? No matter the agenda of these visitors, the vivid and dramatic details of the encounters in these historic cases should make everyone pause and wonder what might be coming."
Tags:
ufosdiscoveryplusdocumentariestopicaltelevision