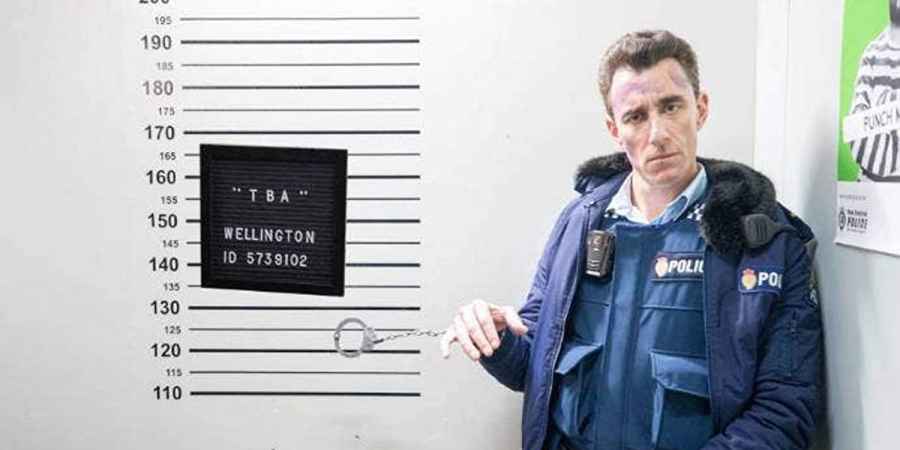 In the third season of the kiwi comedy series, 'Wellington Paranormal', we catch up with the adventures of officers Minogue and O'Leary as they tackle more weird paranormal cases in New Zealand's capital city - everything from tracking down a Sasquatch-type creature in the forest to dealing with the dangerous invisible imaginary friend of a little girl.
But how much can you remember about the supernatural cases that the paranormal division of the Wellington Police Department investigated in the third season of the comedy series under the guidance of Sergeant Maaka?
Test your knowledge of the comedy series with our 20 tricky trivia questions on series one of 'Wellington Paranormal' and let us know your score in the comments below...

1. Which officer turned invisible after coming into contact with the invisible creature's blood?

2. What is the name of the park ranger who assists the officers with their investigation of a Sasquatch-type creature?

3. According to the park ranger, what is the biggest threat in the bush?

4. What is the name of the mythical forest giant the officers encounter in the forest?

5. Which of these is a character in Wellington's horror-themed amusement parlour?

6. Sergeant Maaka had an encounter with something in the interview room that made his hair turn white, but what was it?

7. What is the name of Sergeant Maaka's cat?

8. Which building in the city did the 'lost traveller glasses man' ghosts' van crash into?

10. Why was Constable Parker commended by the Sergeant in the final episode of the series?

11. Minogue and O'Leary meet members of the public who've had strange encounters on Cuba Street, but which of these was NOT reported?

13. What is the name the little girl had given to the invisible creature?

14. After coming into contact with the space rock, which superpower does Constable Parker get?

15. What tool does Constable Parker use to see the invisible being Minogue and O'Leary took into custody?

16. One of the 'lost traveller glasses man' ghosts that the officers encounters had bottles taped to his hands, but what did he call it?

17. What did Minogue get from the garage before taking the patrol car through the carwash?

18. Minogue revealed that he attempted to charge his phone by doing what?

19. What was the sentient blob that attacked Minogue and O'Leary in the carwash made out of?

20. What is the name of the horror-themed amusement parlour the officers investigate?