In 2007 a family started posting video on YouTube of what appeared to be a ghost that haunted their pantry. The clips attracted millions of views, but what became of the pantry ghost? 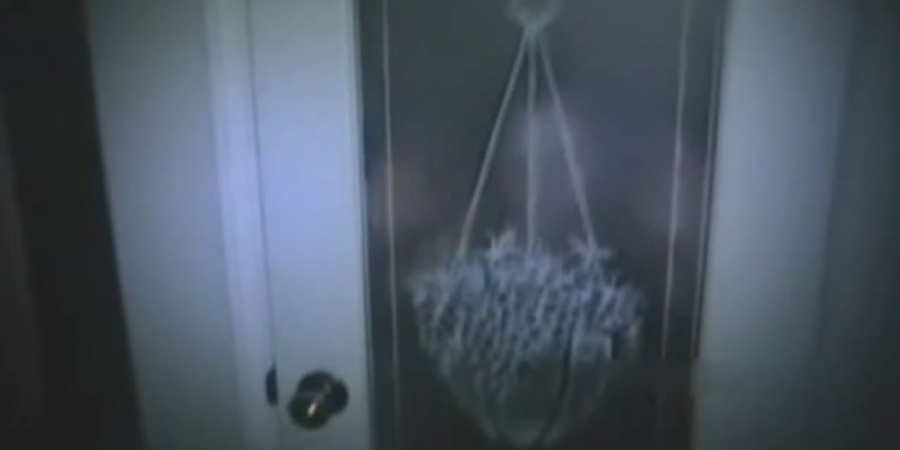 I remember back in the early days of YouTube stumbling across a series of videos that launched one of the most memorable paranormal phenomenon to ever be seen in the early days of the site.
A family from California began posting videos on YouTube back in January 2007, which showed an escalating series of alleged paranormal activity that revolved around their glass pantry door.
It started with the pantry door swinging open on its own every night at 12:34am while the family slept. They'd had enough of finding the door open every morning, so the homeowner, a man named John, set up a camera to find out what was going on.
Over the next few nights he manages to film the door swinging open multiple times. Eventually the video's creator decided to man the camera and stay up and wait to see what was actually happening.
Once again the door open, but this time John shuts it and instantly what appeared to be an apparition of a young girl pushed her face up against the frosted glass door, but when he opened the door and checked inside, no one was there.
The activity continued for the next few months and the apparition appeared several more times, but eventually the family had enough, so John took the door off of the pantry, but this only caused the activity to spread to other areas of the house, even making contact with the family's daughter, Arianna Lee.
Together the clips attracted over 40 million views online as well generating a huge amount of debate over their validity. Many who saw the clips were totally convinced by what they had seen, while skeptics came up with several explanations of how the clips could have been faked.
Even Captain Disillusion, a big YouTube channel at the time tried his best to debunk the haunting with the help of famed skeptic James Randi, but even Captain Disillusion later admitted that he might have made a mistake with his initial explanation.
The iconic ghosts clips have even been credited as being the inspiration for a whole genre of 'found footage' supernatural movies, which includes the likes of the 2009 film 'Paranormal Activity'. So, what ever happened to the family and does the ghost still haunt the pantry?
Well, the family moved out of the house when the activity became threatening and reached its peak. Who ever moved into the house has seemingly had no further issues with the haunting.
But the ghost of the pantry does live on, in the form of a documentary, which is unimaginatively titled 'The Pantry Ghost Documentary'. The 2013 film, directed by Will Kessler, is available to watch on Amazon Prime.
The movie has a pretty good audience rating - 3.4 out of 5 on Amazon at the time of writing and generally has favourable reviews, although even those who enjoyed it questioned the film's validity as there are a few things that don't quite add up.
The original clips which feature in the documentary will still have you scratching your head, but some of the interviews with the family filmed since the haunting are a little questionable in places.
For example, the production crew interview John, but his face is pixelated to hide his identity. The narration tells us that this is because John previously had amateur ghost hunters break into his house to investigate the pantry... but this doesn't really make sense, since we also learn in the documentary that the family moved out of the house before the end of 2007 and John now lives in London.
This is further confused by the fact that John's wife, Jody, and his daughter both appear without being disguised in the documentary. This raises the question, why would it be safe for them, but not John? Clearly the pixelation and hidden identity was either used to add a bit of mystery, or to disguise an actor playing John.
John's face was never shown on camera in the original videos as far as I remember, just his voice speaking from behind the camera. His voice is deepened in the documentary's interviews, supposedly to disguise his identity, but what would be the point of doing this when we clearly hear his voice in the old clips anyway? The most likely reason his voice was disguised was so that viewers couldn't tell that it's not the same voice from the original videos.
Since the original videos no longer exist on YouTube, I think what's happened is a production company bought the rights to the clips, cast actors and made a short film that expands on the story.
Despite its doubtful credentials, the documentary is a fun and nostalgic watch if you remember the original videos. The documentary doesn't add anything new to the story, but it is a fun expansion of the pantry ghost saga.
The original footage convinced many people that the pantry was genuinely haunted, perhaps this documentary will have the same effect on a new generation. After all, the original clips shown are as eerie and convincing as ever.
» Watch 'The Pantry Ghost Documentary' on Amazon Prime
Add A Comment
Tags:
paranormalamazon prime