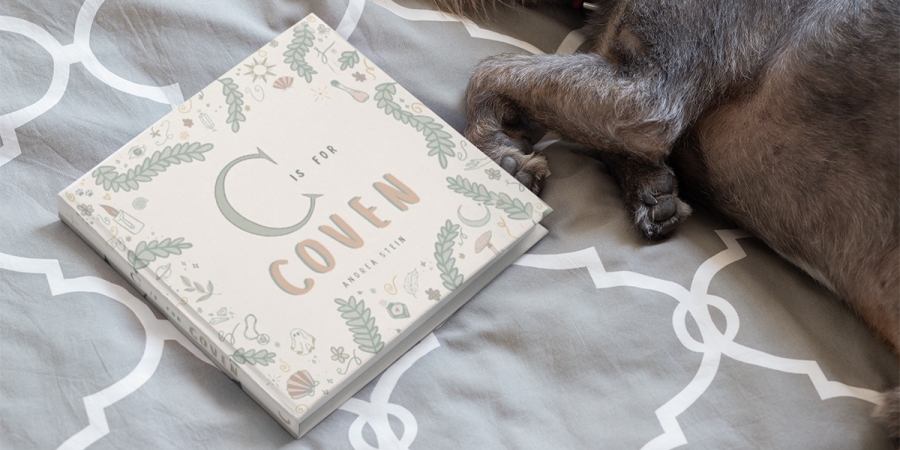 A Kickstarter project aiming to produce a bewitching board book for tiny magic makers has met its funding target and is now shipping worldwide.
'C Is For Coven' is the fully-funded creation of Andrea Stein, an American children's book author who wrote the book as an early introduction to modern witchcraft.
The campaign hit its initial funding target on the crowdfunding platform within just a fours hours of going live raising the funds to cover the initial hardcover print run in full.
Andrea hopes the book will breakdown some of the dated stereotypes about witches seen in other kids books. On the project's page, the author writes, "you know the witch I'm talking about... she has warts on her nose and she comes out on Halloween to lure children to their doom. Or she can wave a wand and say a spell to unlock a door."
Just like her first book, 'Brina: A Pagan Picture Book', the follow-up shows kids what magic looks like to witches now-a-days - working with herbs, divination, spells, manifestation, and more.
Andrea said, "it's important for kids to see representations of their lived experiences in books and be exposed to diverse practices, and since then our first book has reached so many people who were looking for the same thing!"
At its heart 'C Is For Coven' is a reinterpretation of a classic alphabet book, matching each letter with a rhyming phrase that teaches kids about witchcraft. Forget ABC representing things like apple, ball and cat, in this reimagined version the letters stand for things like alter, besom and of course, coven.
Andrea hopes that her adorable board book will make learning the ABCs fun, magical, and memorable for the whole family. The project's goal is to create a high quality, beautiful book that can be read to children over and over again from birth until they begin to read themselves.
Although the campaign has reached its funding goal, you can still order 'C Is For Coven' from the project's Kickstarter page.
Tags:
witchcraftbookstopical