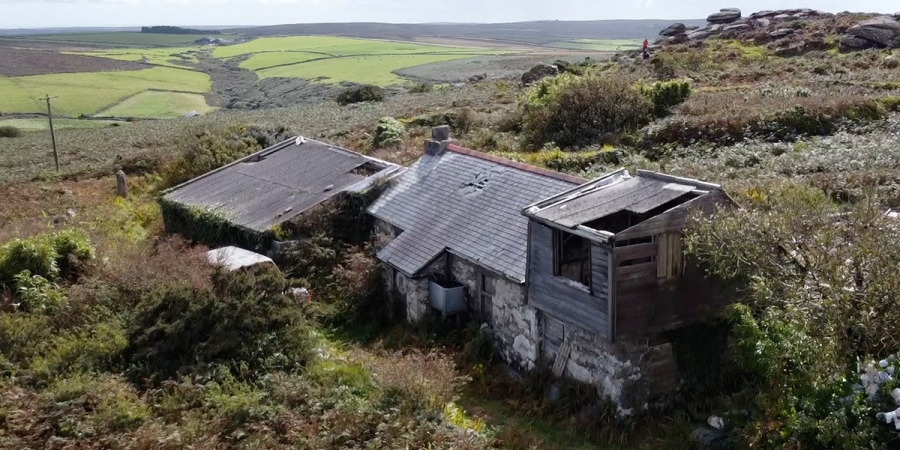 Carn cottage sits high above the peaceful coastal village of Zennor in Cornwall. It boasts stunning uninterrupted views of the ocean, sat just below the crest of Zennor Hill and its unusual rocky outcrop.
The cottage also has a much darker side to it with an unconfirmed link to the infamous occultist Aleister Crowley. The tales claim he performed his ceremonial magic and black magic rituals there, and it was even the scene of a death in unusual circumstances.
Despite its deterioration, someone saw the potential of a building in such a stunning location and bought the cottage in 2019 with plans to redevelop it. As a result there is no access to the cottage, which is private property.
I visited the remote cottage last summer before the new owner had secured the building to keep out unwanted ghost hunters, occultists and urban explorers. 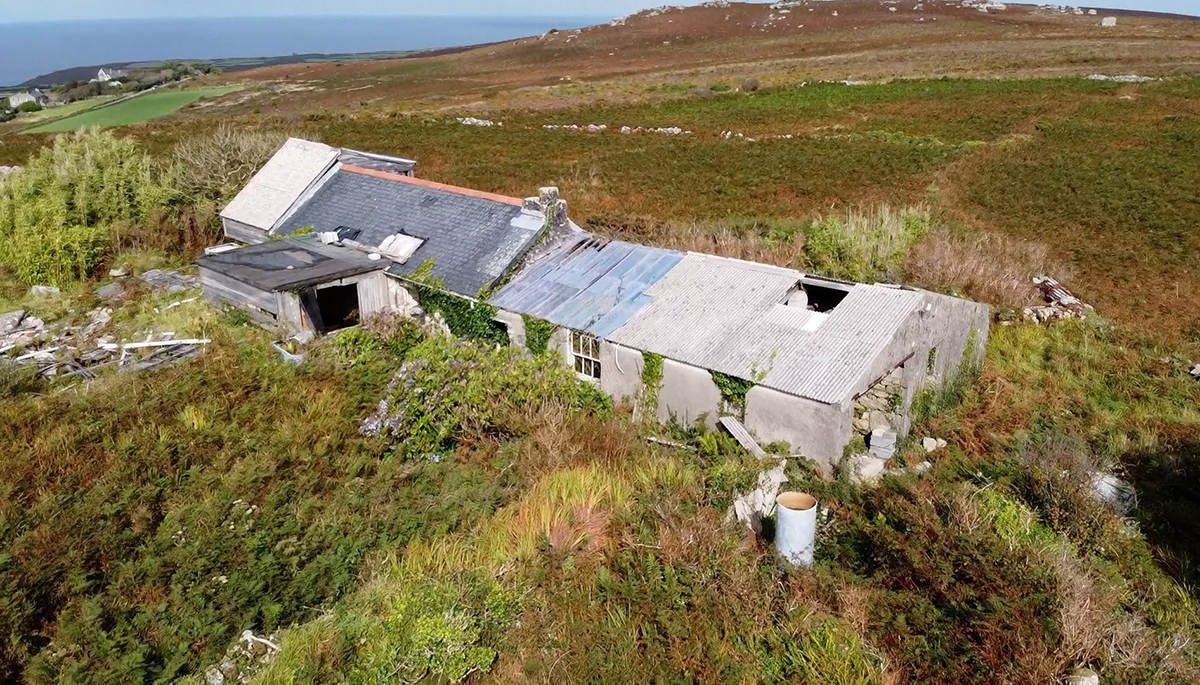 The cottage got a fair bit of unwanted attention after it fell into disrepair and its former owner died in 2014. Artist, Margo Maeckelberghe, had been using the cottage as her studio and a rural retreat, but as the cottage began to deteriorate people began breaking in either because they assumed the building was abandoned and forgotten, or because of its links to Crowley.
The very whisper that the British occultist might have been linked to the cottage is enough to lead some to believe that the building is haunted, due to claims that Crowley attempted to summon up the Devil himself there. It's well documented that Crowley did live in Cornwall towards the end of his life.
The reality is that Crowley's association with the cottage is not documented and remains nothing more than local legend. Although dubbed "the Aleister Crowley house," it's clear that he didn't ever own or live in the house, but according to hearsay, he did visit the cottage on at least one occasion and rumour has it, he performed some kind of ritual there. 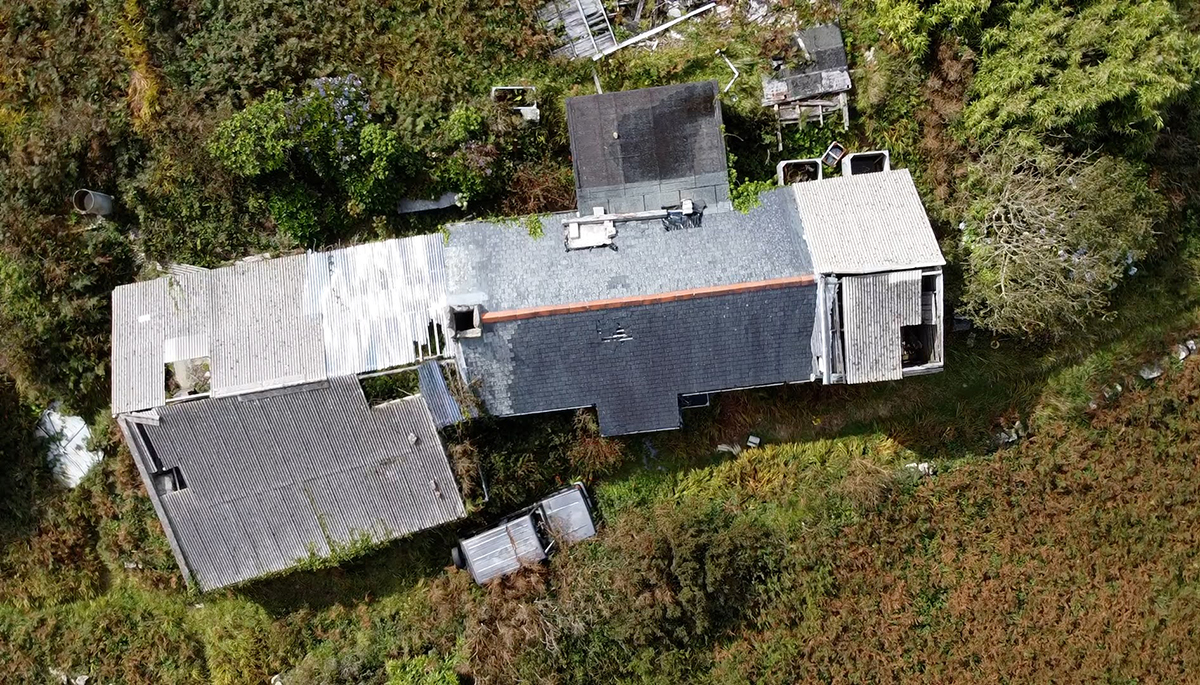 Getting to the cottage isn't easy. The nearest parking is a mile away in the village at the bottom of the hill. The cottage was once accessible by off-road vehicles via a narrow track which ran from the B3306 below. It is now almost completely overgrown and impassable.
Today, the best way to get to the cottage is via the footpath that winds up the rugged landscape on the western side of the hill. The walk is tough going and steep in places and took about 50 minutes in total, but less on the way back down.
The climb is well worth the effort. The hill is topped with an impressive set of granite outcrops and has an incredible view of Zennor and the north Cornish coast stretching off into the distance towards nearby St Ives. The picturesque beauty spot is so remote that there's a good chance you won't encounter another soul on your way up and back. 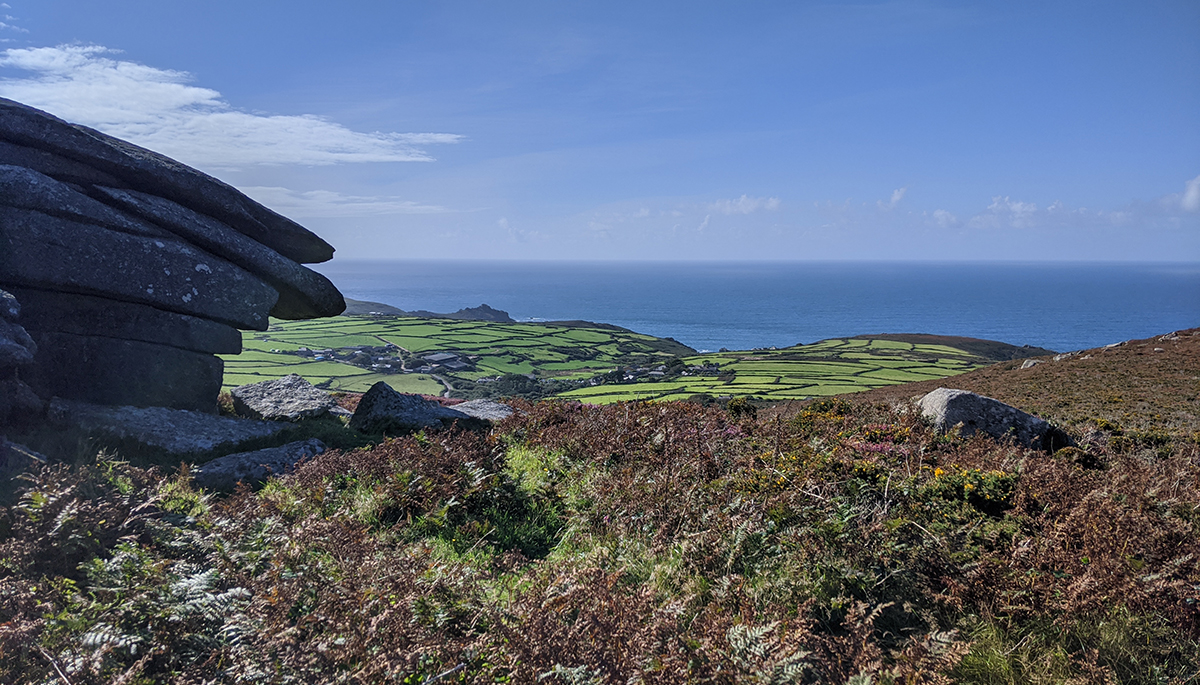 Due to its very remote location and lack of electricity or running water, it's easy to see why the cottage has only been used as an artist's retreat in recent years and, if the rumours are true, it would also have been the perfect spot for Crowley who believed that "the first essential is a house in a more or less secluded situation."
The occultist once owned the equally as remote Boleskine House on the south-east side of Loch Ness near Foyers. It was here in the Scottish Highlands that Crowley performed a series of rituals known as the Sacred Magic of Abramelin the Mage, the purpose of the ritual was to invoke your guardian angel.
According to local legend in Zennor, Crowley was trying to summon more than a guardian angel on the hill above the village, the stories claim that he was trying to summon the Devil himself in the cottage. It's also said that he performed a Satanic black mass in the village's St Senara's church. 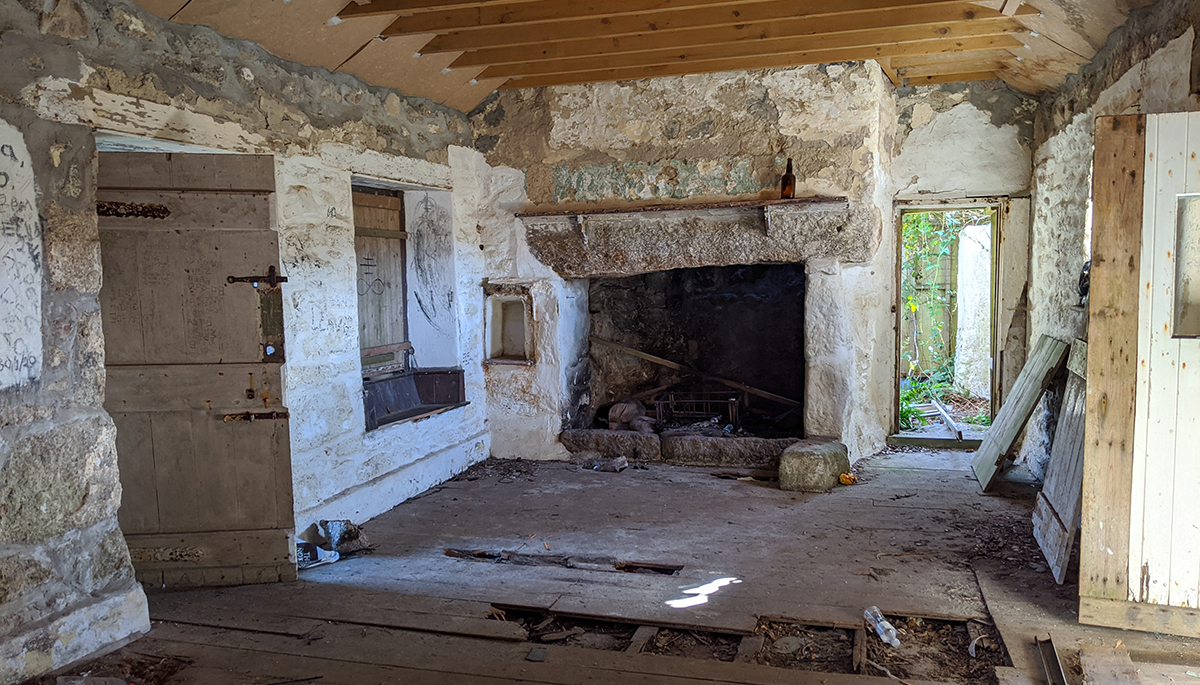 At the time of my visit, much of the cottage was open to the elements, but despite this the oldest part of the building, the cottage at the heart of the building, was in fairly good condition other than some minor graffiti and missing windows.
The floor was dry, the ceiling looked solid, and the main room of the cottage felt quite homely. It still felt like this deteriorating cottage could still protect you from the harsh conditions on the moor and from a fierce storm blowing in from the sea.
But it was in this room in 1938 that an incident which resulted in a death left its mark on the cottage. Ka Cox was a well-known public figure in Britain at the time who was living in the village and was friends with the couple renting the cottage.
One night in May, Ka visited the cottage. The reason for her visit is disputed. Some say she was checking in on her friend Ellaline Vaughan who had been taken ill. Others say that Ellaline and her husband Gerald called her to help them as they believed the cottage to be haunted.
However, the most commonly re-told story is that the couple needed Ka's help because Crowley was there performing a fatal black magic ritual.
It's not clear what happened that night, but Ka suffered from seizure from which she never regained consciousness and Ellaline was eventually committed to the St Lawrence's mental hospital in Bodmin. 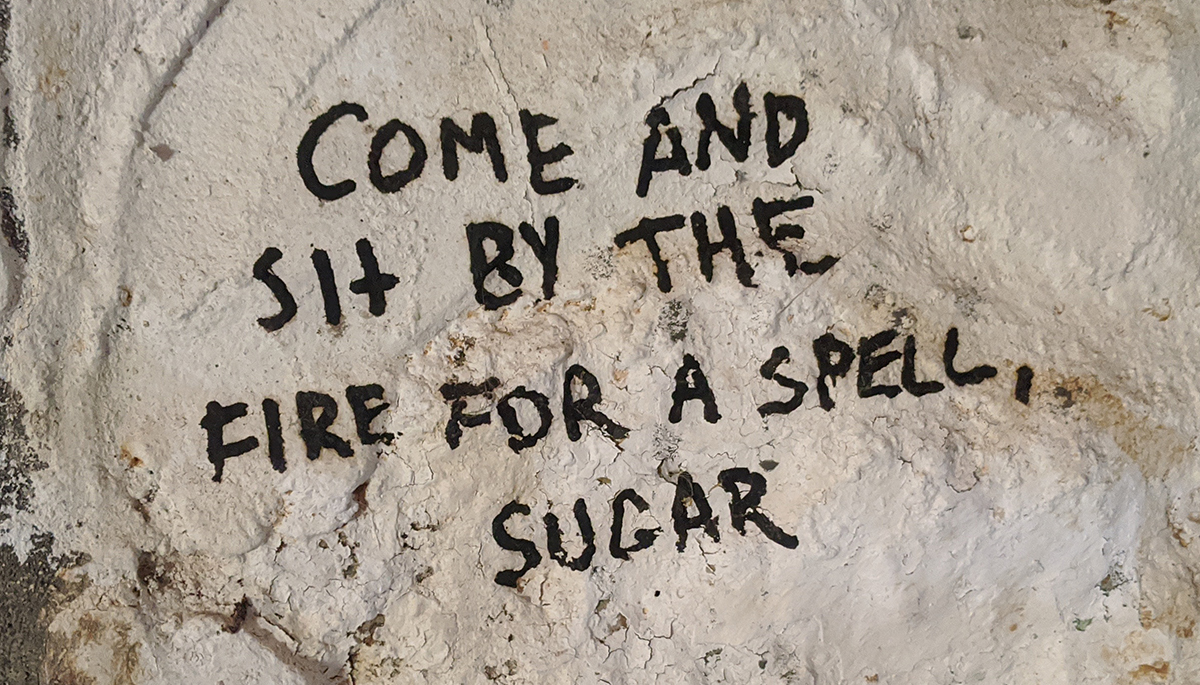 Before the cottage was made secure, it became a hotspot for paranormal investigators and occultists, as graffiti around the home attests too.
In fact I learnt that on the night of my visit some kind of Kabbalistic ritual was performed in the cottage. The practitioners carelessly left their Sefirotic tree of life behind on the cottage floor.
Despite its dark past, it's easy to share the vision of Carn cottage's new owner in turning the derelict building back into a liveable space. There are few spots in the United Kingdom that are as untouched and beautiful as Zennor Carn in West Cornwall.
If you decide to visit the house for yourself, please be respectful of the new owner's wishes and don't ignore the private property signs that surround the cottage.
Tags:
paranormalcornwall