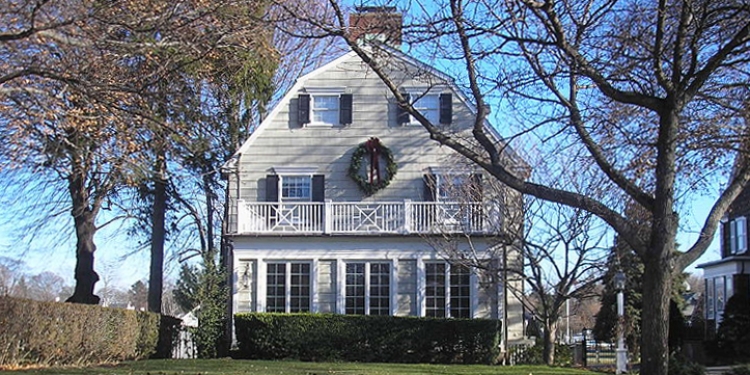 This month Jay Anson's classic horror book, 'The Amityville Horror' turns 40 years old. The book is based on the real life haunting of the George and Kathleen Lutz, who moved into a new home with their three children. It wasn't long before they fled in terror, leaving most of their belongings behind.
Before the Lutzes moved in, the house was the scene of a mass murder. A 23-year-old former resident was convicted for the shooting of his parents and siblings. For the Lutzes, the paranormal activity began when the youngest of the Lutz family boasted of her new imaginary playmate.
The story has spawned a whole array of movies, including the classic starring James Brolin and Margot Kidder, and the 2005 re-make with Ryan Reynolds. With the story being retold so many times, how much do you know about one of the most famous haunted houses of all time?

1. Jay Anson's book is 40 years old this month, but in what year did the actual haunting allegedly take place?

3. What is the address of the Dutch Colonial house at the centre of the story?

4. What was the name of the real life family who murdered in the house?

5. In what year was the movie based on Anson's book released?

6. What covers the window while Father Mancuso is trying to bless the house?

7. What time does George consistently wake up at?

8. What is the colour of the secret room the family discover in their basement?

9. Which publication was the first to tell the story of Amityville, before the release of Jay Anson's book?

10. How long did the Lutz family last before the paranormal phenomena drove them out of their house?

11. Which of these features was situated in the grounds of the Lutz house?

12. What was the name of the Lutzes' five-year-old daughter, Missy's imaginary friend?

13. What did Kathy Lutz see through Missy's bedroom window?

14. As of 2017, how many movies have been released which are based on 'The Amityville Horror'?

15. Where was the Amityville house situated?

16. What was the name of the family dog who is mentioned in the book?

17. What was the bargain price the Lutz family paid for the five-bedroom, waterside house?

18. Husband and wife paranormal investigation team, Ed and Lorraine Warren caught what on camera at the house?

19. How many members of his family did Ronald DeFeo Jr. kill with his .35 Marlin rifle in the house before the Lutzes moved in?

20. What was the name of the house at the time the DeFeos lived there?