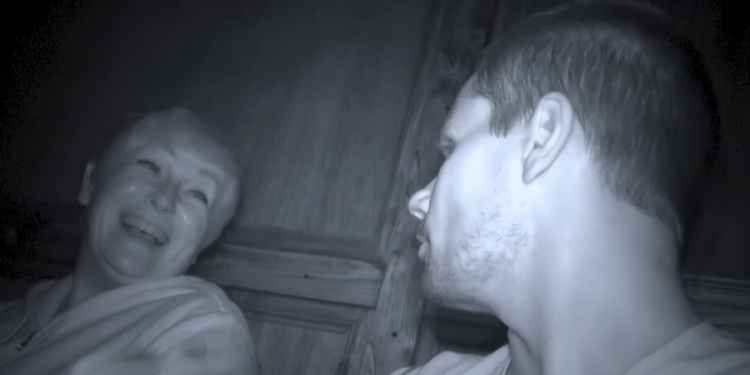 The husband and wife paranormal investigation team Phil and Sara Whyman are giving fans of their web series 'Are You Haunted?' a little extra to help them get through the COVID-19 lockdown.
The pair have put together a montage of outtakes and behind the scenes footage from the second series of their back-to-basics paranormal show, which also features investigators Jane Carrigan, Tim Wagstaff, Dale Dickinson and Ben Woodward. Between them they have investigated countless locations in their search for proof of the paranormal.
The first series of the independent show picked up a well-deserved gold award in the Best Online Paranormal Show category of last year's Paranormal Entertainment Awards, after securing almost half of all the votes in its category.
All ten episodes of the first series of the show are available to watch for free on YouTube. The first episode of the second series dropped at the end of 2019 and will continue with new episodes being added regularly to YouTube throughout the lockdown.
As YouTube creators are now in lockdown themselves, the amount of new content being uploaded has been affected, since no one should be leaving their home for the non-essential task of ghost hunting. However, Phil and Sara hope they have enough pre-recorded videos ready to release.
The video ends with a message from the team. Sara told viewers, "we would normally do outtakes at the end of the season, but because obviously now we're in this lockdown, we just wanted to put something together. So, hopefully it might have cheered you up a little bit having a laugh at our expense."
Phil added, "remember we will get through this, it won't last forever, but we need to play our parts. So, be responsible, stay in your house, don't go out unless it's essential, make sure you're washing your hands, follow all the government advice and guidance."
If the 30-minute-long video of outtakes and behind the scenes clips has left you wanting more, then you should also check out the extra bits from the show's first series...

A friendship is developing in new and important ways. You may share a moment of insight, or take time together to explore shared spiritual interests. Meditating or praying together could bring you closer and open up new ways for you... Read More