How To Call Bloody Mary & See Her Face In The Mirror

Bloody Mary is a very old ritual, it dates back to an evil, medieval witch by the name of Mary Worth. She was said to be a practitioner of black magic at a time in history when witchcraft was illegal. She was discovered and murdered for her crimes by her husband and daughter. It believed the slit her throat with a shard of glass while she stood in front of a mirror while getting a glass of water.
The witch now shows herself to those who call or summon Mary Worth, she will appear to you in a mirror as an ugly, haggard old lady, covered in blood but the game is dangerous as the witch is said to be angry about her murder and will wreak revenge on anyone who summons her.
Some who have summoned her say that scratches have appeared over their body or face, others say that in rare cases the game results in the player being driven insane, dropping dead on the spot or mysteriously disappearing never to be seen again.
If you're feeling brave and want to try Bloody Mary for yourself, then follow the seven steps below, the ritual works best at night. Good luck... 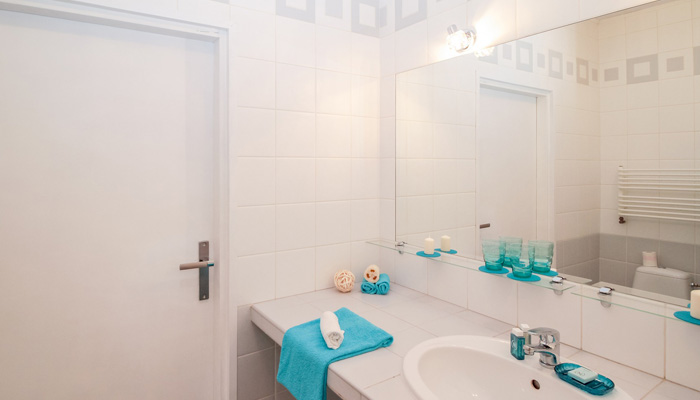 Photo: pixabay.com
Most people play Bloody Mary in the bathroom as the most important thing you'll need is a mirror, which of course you'll find in every bathroom and you'll also need a sink or source of running water. A bathroom also works well as it's easy to control the light, it's best to try this in the room on your own. 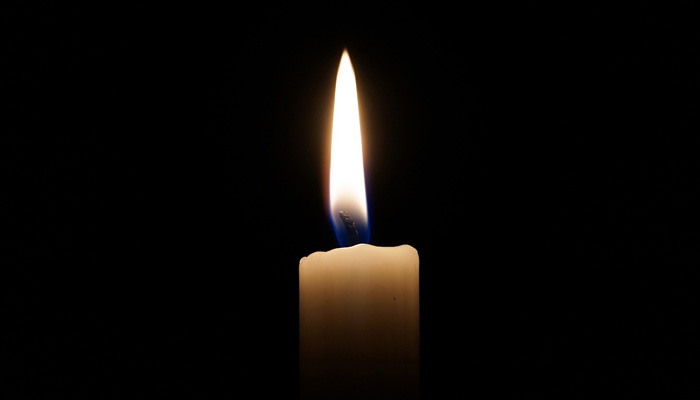 Photo: pixabay.com
Candles are said to help spirits manifest as they can draw on the energy of the flame. Place a candle in front of the mirror and light it.

3. Turn Out The Lights 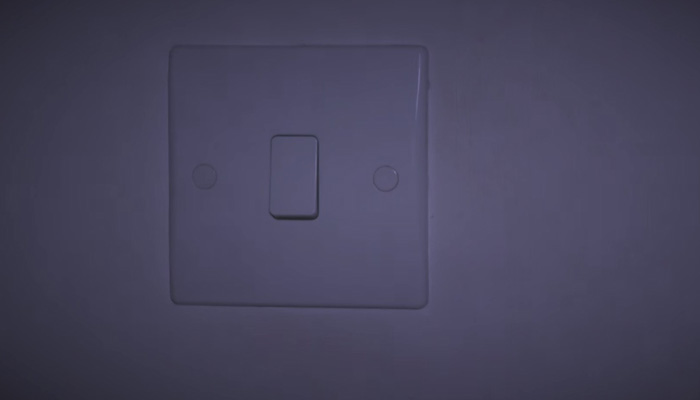 Spirits also find it easier to manifest in the dark, it's thought that by reducing light it's there's less energy in the surroundings for the spirit to overcome making it easier for it to reveal itself to you, this is why most ghost sightings are reported at night.
So, turn out the bathroom light and close any blinds to ensure the room is in complete darkness apart from the light from your candle. 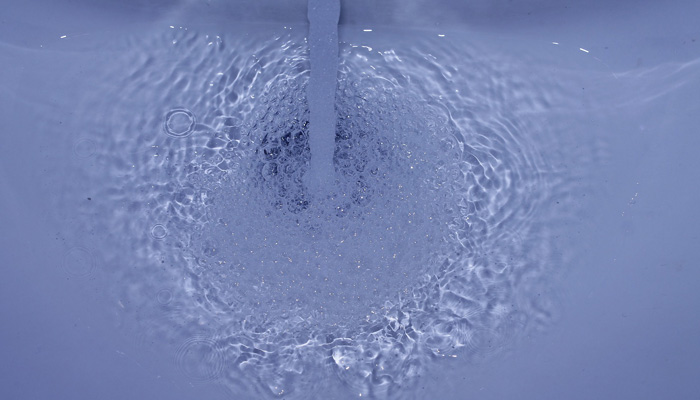 Photo: pixabay.com
Turn on the tap/faucet, it's said that running water will help call Bloody Mary as the sound of running water was the last thing the witch heard before she was murdered. Leave the tap running for the duration of the ritual. 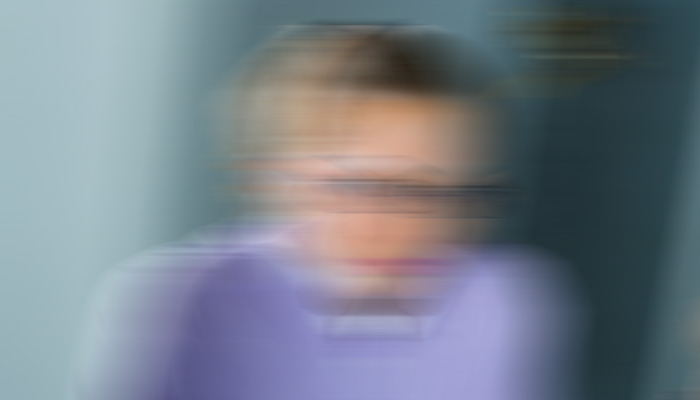 Next you'll need to spin around three times, this helps to separate your conscious mind from your surroundings and let's you become more perceptive to the spirit world.

6. Stare Into The Mirror 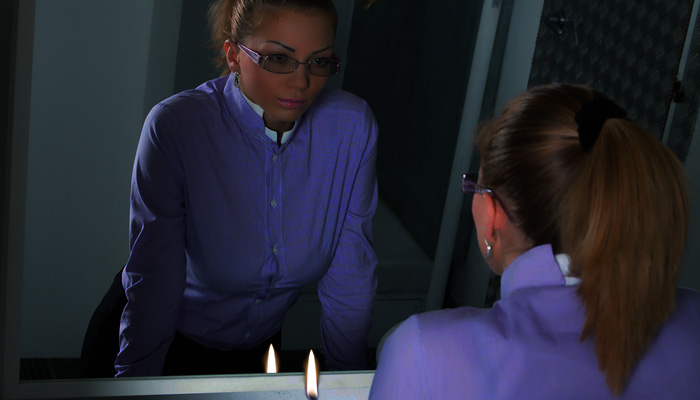 Photo: pixabay.com
This is where things will start to get creepy, begin by staring at your own face in the mirror. Try not to break eye contact with yourself and keep as still as possible, it's best to do this while stood upright. 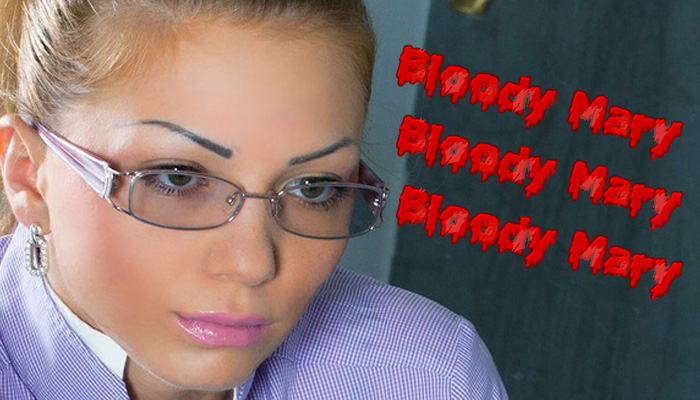 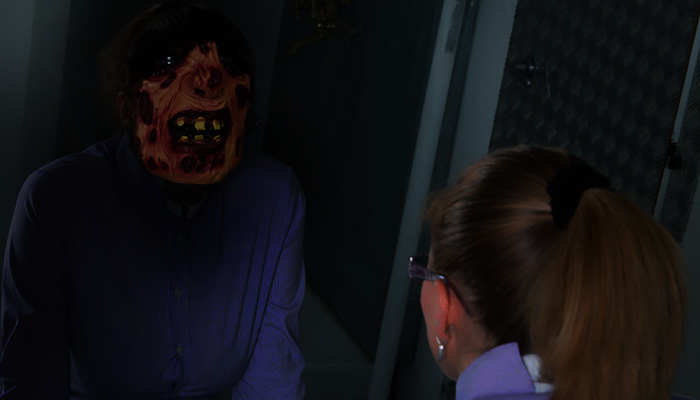 Photo: pixabay.com
Now it's time to call the witch, chant these words slowly and confidently three times while staring at yourself in the mirror, "bloody Mary... bloody Mary... bloody Mary."
Continue to stare into the mirror, concentrate on your own face, it could take seconds or several minutes but after a while your face will be replaced with the horrifying face of the witch.
If Bloody Mary appears do not run from the bathroom or the witch will follow and will be freed. Instead blow out the candle and then turn on the light and she should now have disappeared and its safe to leave the room.
12 Comments
Tags:
games