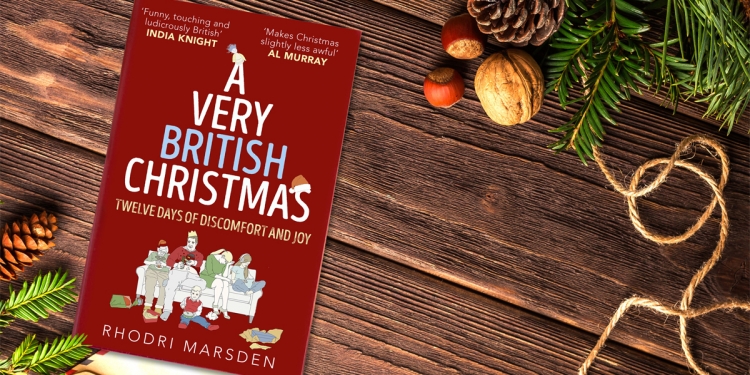 Christmas. Billions of people celebrate, or at least acknowledge it, every year. But what makes a British Christmas?
We seem to take it very seriously in our country, despite many of us not being practising Christians. Money is spent like there's no tomorrow, food and drink consumed in huge amounts and untold hours spent choosing gifts. Yet on the day itself, Christmas is generally spent in family groups, eating a large roast bird, watching a bit of TV and avoiding family arguments - if we're lucky. Is that really all there is to it?
One person who has set out to document the myriad ways we celebrate a British Christmas is writer and musician Rhodri Marsden, who recently published 'A Very British Christmas – Twelve Days of Discomfort and Joy'. The book takes a close look behind the fairy lights to find out all the peculiar things we get up to at Christmas. Split into 12, festively themed chapters - Twelve Gifts Unwrapping, Eleven Sherries Swigging etc, Rhodri investigates all the different constituents of a British Christmas.
It's a perfect read if you've ever taken a step back and taken a look at what we all get up to every December. It really gets under the skin of this wonderful and yet sometimes confusing time of the year. At the same time, it's a very touching and honest book. Full of personal stories around Christmas, some of which may leave you with a tear in your eye, others hooting with laughter.
The book is available now from Amazon and for Kindle.
We caught up with Rhodri for a quick chat about his book. 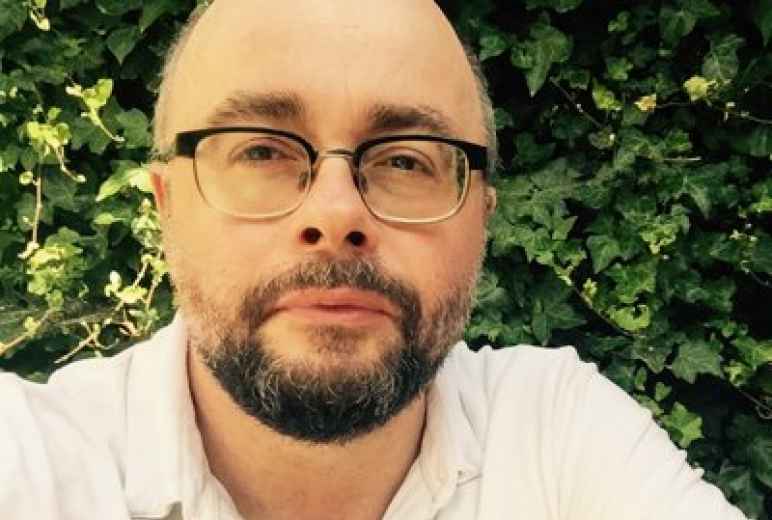 Rhodri Marsden
Firstly, why a book about the British Christmas?
"It stemmed from the thing I do every Christmas Eve on Twitter where people send me pictures of their unusual sleeping arrangements when they're back home for Christmas. (He's talking about #duvetknowitschristmas.) That was accidental, it started when I posted a picture of myself in bed in 2011, and every year since it's just kind of built and built. It generates an enormous amount of goodwill because it gives us an insight into people's lives, their families, their Christmases. That kind of stuff is usually very private. I think we recognise something of ourselves in those pictures. I wanted to write a book that would expand on that idea into other areas of Christmas."
The book is full of these kinds of stories where people share their strange, bizarre and odd rituals and habits that make up their Christmas. At a time when we're exposed to glossy, expensive advertising campaigns showing us how we should be celebrating Christmas, aren't we all now following their lead and spending Christmas doing the same thing?
"One of the things I've really come to like is the dissimilarities between the set-up we all have at home for Christmas, and how it's portrayed in, for example, the John Lewis adverts. The marketing operations we have in the UK are hugely effective, we spend far more than our European neighbours at Christmas on presents, and yet our homes bear no resemblance to what is going on in those adverts. We all do it our own way."
"One of the overall themes of the book is that at the end of the day, if you were looking in on another family's Christmas without them knowing, and compare it to what you get up to, you might think 'that's really weird', because we all do Christmas differently. There's an example in the book where someone visits their boyfriend's family for the first time at Christmas. They had no decorations up, and because she was a vegetarian, Christmas dinner was spaghetti, with vegetarian meatballs and no sauce. She ends up hiding in the toilet and texting her sister saying, 'They're doing Christmas wrong!' Christmas is one of those times when family cultures can really collide. But I really wanted the book to celebrate these quirks, these differences. We all celebrate Christmas in different ways, and that's fine!"
With all this spending, and advertising at Christmas, has your seasonal research indicated that perhaps we might be better off going back to a simpler, less commercial affair?
"I think there's a false idea that Christmases used to be better in the past, and that the way we celebrate now isn't that wholesome. The theme of the book really is that the idealised version of Christmas, simple, muted and thoughtful, doesn't actually exist. Christmas is really about how we choose to indulge. How we want to celebrate and be happy together. The traditions we all have are cemented in our families and often get passed down generations. We do what we want, how we want, and that's what's really important. We're doing the best we can to have a nice time on a few days off, and doing it very well!"
The book is titled 'A Very British Christmas', what do you think is specific about Christmas in Britain?
"When you chat to people from other countries who've experienced Christmas here, one of the impressions I got is how astonished they are about the excess on display here, and the brio with which we throw ourselves into it. If you want to see shock, try taking an American friend along to a pantomime! The intensity with which we celebrate gives rise to some extraordinary stories as people are so desperate for it to be great or memorable. When people put a huge amount of effort into achieving something, they generally encounter their own incompetence or uselessness at some point, and weird stuff happens as a consequence. And sometimes that weird stuff is wonderful!"
The book is full of stories from all kinds of people, could you tell us about your favourites?
"There's a story about a family who dress up as characters from Narnia, or a family who noticed that the footballer Gary McAllister was born on Christmas day, and have decided to celebrate his birthday instead of the birth of Jesus every Christmas for the last 25 years."
"But the ones which really stuck in my head were the ones when I was interviewing someone for the book, and it felt really emotional. One of those was a Muslim woman who celebrates Christmas every year even though the Daily Mail says she doesn't! She throws herself into it, and discovered late in her mother's life that she also adored Christmas as well. A really beautiful tale. Or the story about a single mum, whose dad had died shortly before Christmas. Not feeling very Christmassy she'd asked her son what he'd like for Christmas dinner, and he wanted hot dogs and popcorn.  And they keep that tradition going. She was almost embarrassed when she told me, but what an amazing story. That's a tradition that's exclusive to you and your son. That's what Christmas means to them, plus it saves on the washing up and is a lot less of a pain in the arse!"
Thanks to Rhodri for his time in talking about his book. You can follow Rhodri on Twitter @rhodri.
A Very British Christmas is published by HQ, and is available from Hive.

"Love it. It's like a comedy toilet book written by Kafka"
Jon Ronson