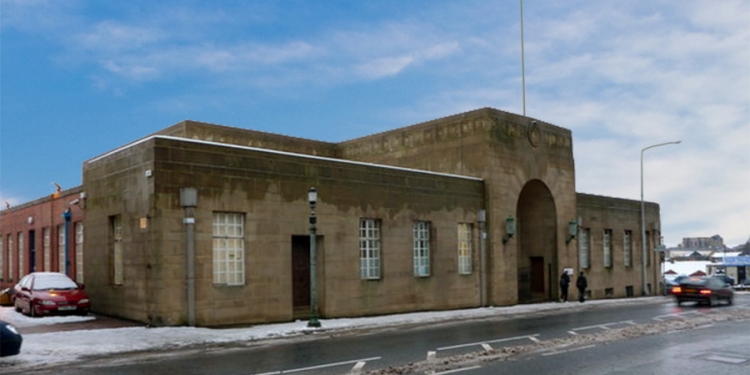 Photo: © Alexander P Kapp
A small group of supernatural sleuths on a public ghost hunting event became the focus of an emergency rescue when the door of the disused prison cell they were investigating mysteriously shut and locked them in.
The incident occurred last month during a Most Haunted Experience event at the Accrington Police Station and Courts. The company's events allow members of the public to investigate the paranormal for themselves with the team from the long-running ghost hunting show, Most Haunted.
The team of three called for help after finding themselves locked inside the cell. The event team were unable to free the ghost hunters. After more than three hours trapped inside the cell, a crew from the Lancashire Fire and Rescue Service were able to gain entry with a saw shortly after 3am.
While the event's organisers haven't jumped to the conclusion that this was the work of one of the building's spirits, they can't explain how the incident happened and have launched an investigation to try to understand how the door closed and locked on its own.
Jenny Bryant, Most Haunted's location scout and events manager said, "there is no explanation to how that door locked door or even was able to close in the frame."
The guests on the event were looking for evidence of the paranormal in the old police station with paranormal investigators from the show, Gregg Smith and Mary Beattie - Yvette and Karl's daughter, who made her first appearance in the show earlier this year.
The grade II listed building, also known as the "urban lockup", is situated on the edge of Accrington town centre and was previously jointly used as a magistrates court and police station by the Accrington division of Lancashire Police.
Since the police moved out in 2016, the building has been abandoned, and is now used exclusively by Most Haunted Experience for their ghosting hunts, and meet and greets with the celebrity ghost hunters.
The paranormal activity experienced at the building is said to range from unexplained knocks and bangs through to loud footsteps and disembodied voices. Slamming doors is another commonly reported phenomenon in the building, but usually people aren't trapped as a result of it.
Could a ghost be responsible for shutting the cell door? Who can say. The team working at the event say it was unclear how the door locked itself, it had been set in such away that it shouldn't have been able to even close.
Jenny said, "there is lots of stuff which cannot be explained and we can't marry it all up, we are still investigating but we are looking to put wooden blocks in the lock so it won't happen again."
Even after spending three hours locked up in the slammer, the guests took it all in good spirits and even continued with their paranormal investigation while locked inside.
Tags:
paranormallancashiretopicalaccrington police station

MH: They're Back And Live For Halloween

What Did Yvette Uncover At Accrington's Abandoned Police Station?