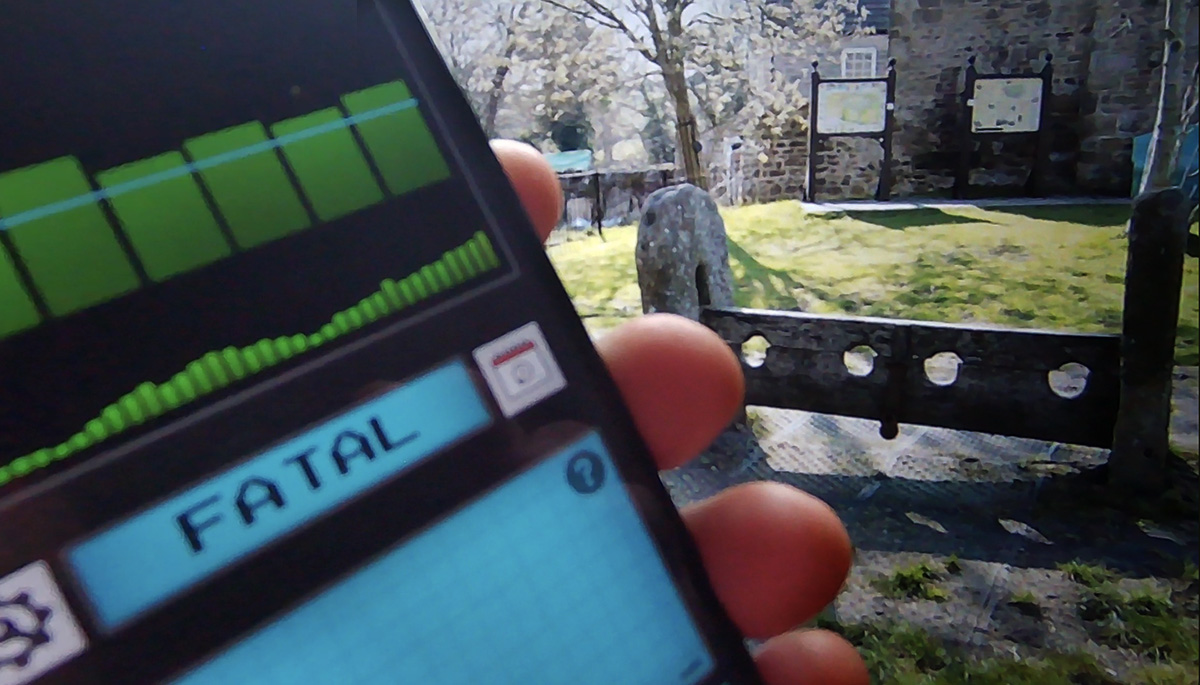 Ghost Hunting Tools is a popular paranormal app but it comes with a disclaimer. It's stated on the app stores that both the Android and iPhone version are intended for entertainment purposes only and do not provide true ghost hunting functionality.
But despite this disclaimer the app still manages to spit out some uncannily fitting results, so if there's no ghost hunting functionality at play here, then what's really going on?
To put the app to the test I used the Android version, which is called 'Ghost Hunting Tools (Simulation)' - even the app's title tells you it's not real.
The disclaimer for the Android version reads, "this application is intended for entertainment purposes and simulates a ghost hunting tool."
The app works by spewing out random words, mimicking other ghost hunting tools that claim that these words are communication with spirits. Even though the developer of this app has made it clear that the app isn't real, many of the words do seem very fitting and despite the disclaimer, a scroll through the comments shows that many users are still convinced it's real.
One comment reads, "even though it says simulator, it's real I've had real experiences, and the contact I have with one in particular has saved my life countless times." Another user wrote, "says it's just a simulation and for entertainment, but man I don't know..."
The comments continue, "oddly legit despite it saying it's a simulation," and "I highly highly highly doubt it's just simulated."
To put the app to the test I decided to take it to two different historic locations, both of which have local ghost stories. However, I didn't want to test if the app worked or not as the developer has already made this clear, I simply wanted to understand why its simulated responses seem so accurate.
So, instead of actually using the app at each of the locations, I recorded an hour of its output and played back the exact same recording in real time at both locations. This meant that there is no way the app could be responding to its surroundings because all the words were pre-generated elsewhere.
By using this same recorded set of words at two locations will give us an idea of how easily the words generated by the app can fit at two completely different locations. 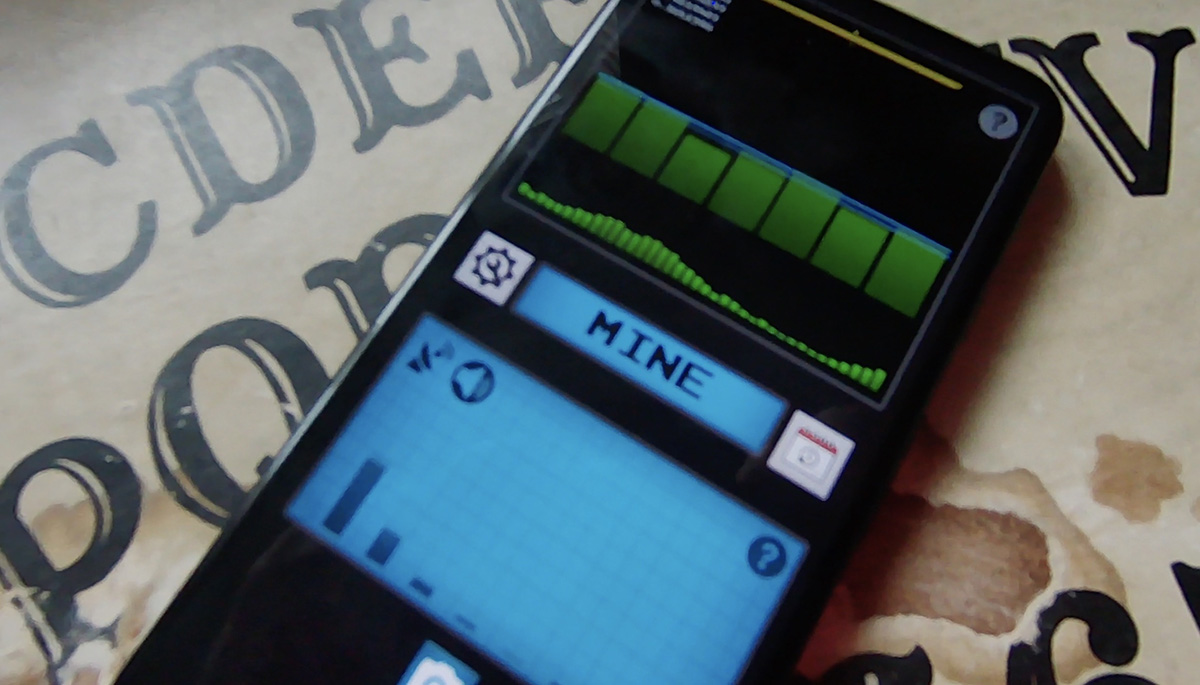 A week before I went out to try this experiment I put my phone down on a flat surface in a quiet room at home. I started the app running and set my phone to record its screen. I left the app running for an hour in this state, this resulted in an hour long video of the app in use.

The next step is to go out and instead of using the app itself, I will play back the same one hour recording of the app at each of the locations I visit. That way I know that the atmospheric conditions at the location can't be affecting the app, but more importantly I can see how relevant the words shown over an hour are to two totally different locations.

Location One: Bradford On Avon, Wiltshire 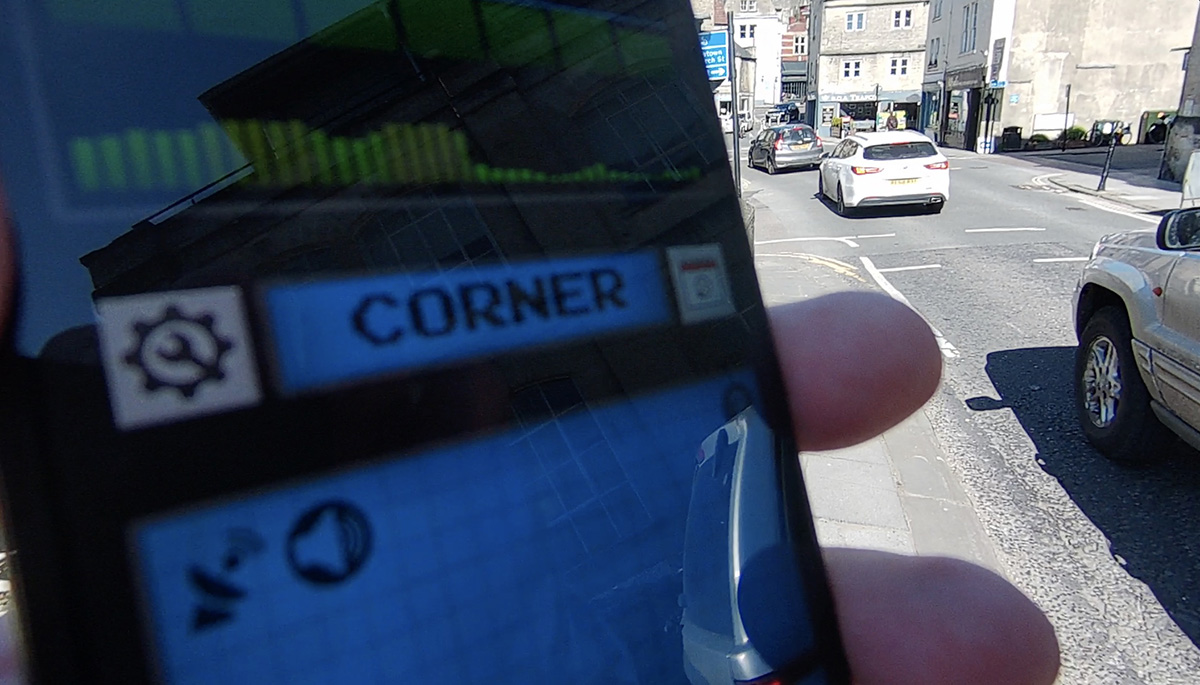 The first place I took the experiment to was to the historic town of Bradford on Avon near Bath. I went for an hour long walk around the town while playing back the recording of the app on my phone. Remember, the words that pop up were randomly shown by the app more than a week earlier and can't have anything to do with this location, but how many will fit and how accurate will it be?

Well, there were some pretty good matches. The app had spewed out 52 words in total, so almost one per minute. In the busiest part of the town, while surrounded by locals and visitors sat in the sun, the app said "people". A little later I crossed the river on a bridge near the town hall, the word "catch" appeared, could this relate to fishing? As I walked towards a major road junction in the centre of the town the word "corner" flashed up on the screen. Later as I walked up the main road in the direction of one of the town's underground quarries, the app said "mine".

So in an hour, there were four hits on the app. Not bad considering the words were selected a week before my visit to the town. 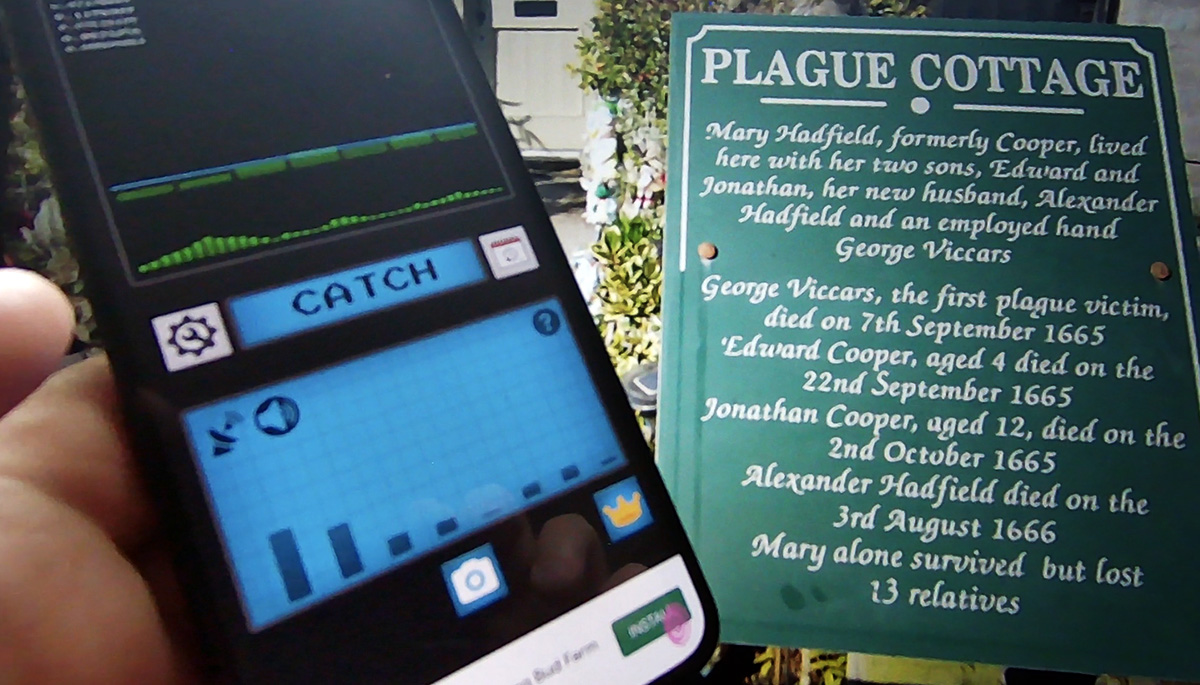 Next I went Eyam in Derbyshire, a village famous for its connection to the plague. In an act of self-sacrifice the villagers quarantined themselves in order to stop the spread of the deadly decease.

I once again went for an hour long walk around the village while playing back the exact same hour-long recording of the app on my phone. Four of the pre-selected words had matched my last location, but how would the recording relate to Eyam?

The word "poisoned" came up, could this be a reference to plague? The best match to the plague occurred when I was at the famous plague cottage and the word "catch" came up on the screen.

The word "corner" also had a potential match in Eyam, as I admired and commented on the corner of the garden of Rose cottage where a little seating area stood it appeared on the screen.

Later the word "six" popped up, this could be significant as the villagers famously drilled six holes into the top of the boundary stone where they inserted money to pay the neighbouring villages for food during the outbreak. Six was also the number of children that survivor Elizabeth Hancock lost and buried.

I crossed over the road to a small village green where some stocks stood. I don't think these were original, but perhaps they mark the site where stocks might have once stood. At this point the app said "fatal". This initially seemed linked, but stocks weren't usually fatal. However, they were a form of punishment as criminals would have been restrained by their ankles or wrists - so pretty brutal, if not fatal. 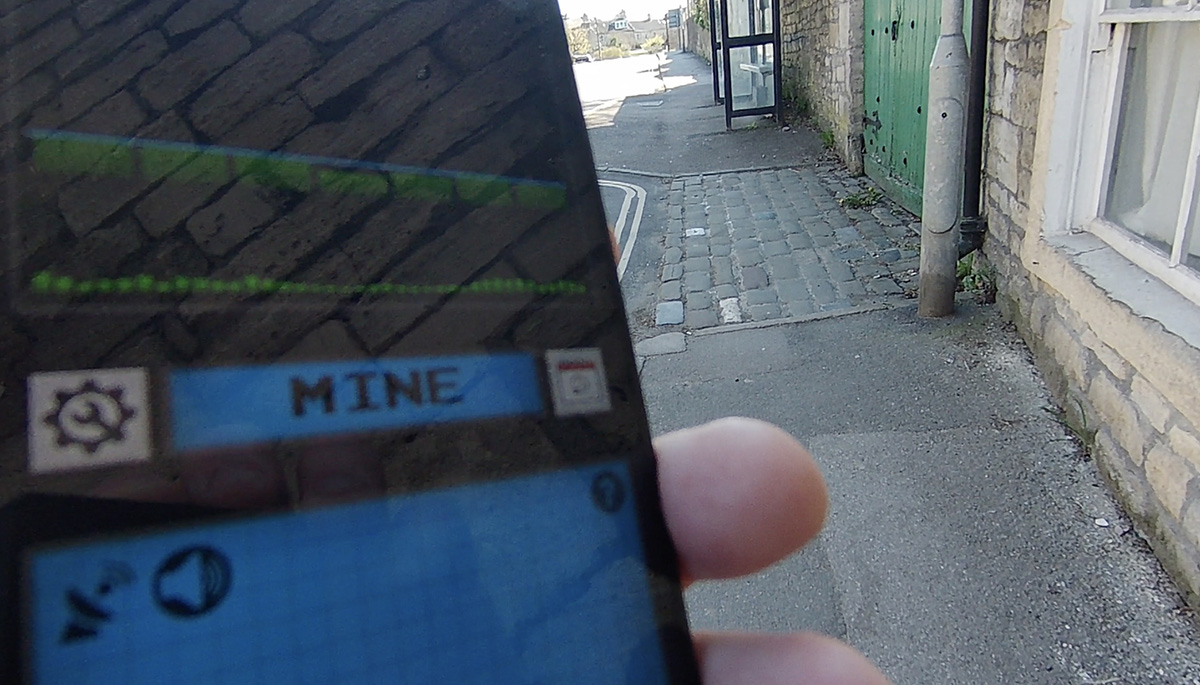 During an hour-long walk around Bradford on Avon there were four hits on the app. In Eyam there was four or five matches. Interestingly the word "catch" fitted in both locations, which just goes to show how easy it is to associate the words pre-loaded into the app with your surroundings. In Bradford on Avon "catch" could have related to fishing in the river, while it fitted with the black death in Eyam.

I think four hits per location is pretty good and the level of success that a ghost hunter using this app might get excited about, despite the fact that 90% of the words didn't have any connection to the location at all.

It should also be remembered that the same list of words was used in both of the towns and that the list was generated by the app miles away and weeks before, so there is no way the app could have selected these words through any paranormal means.

These words do sometimes seem too good to be coincidences leaving skeptics in the paranormal field questioning whether the app might listen to your conversation or uses GPS location information to throw up relevant words, but this simple experiment of using the app in isolation and applying the results to two locations just shows that technical trickery isn't actually necessary to fool the user into believing this app really works.

All you need is a well thought out list of words pre-loaded into the app which will be fitting to the type of location where ghost hunters will use this sort of app.

While Ghost Hunting Tools makes it clear that its results are simulated, most other similar apps claim to be real paranormal apps. This experiment doesn't prove that all this apps are fake, but it does highlight how much of a role chance and coincidence has in causing us to believe that the words generated fit with our surroundings. 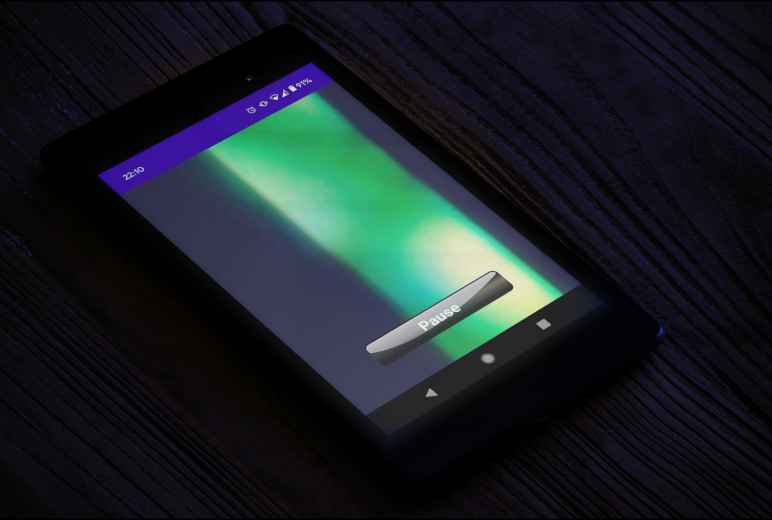 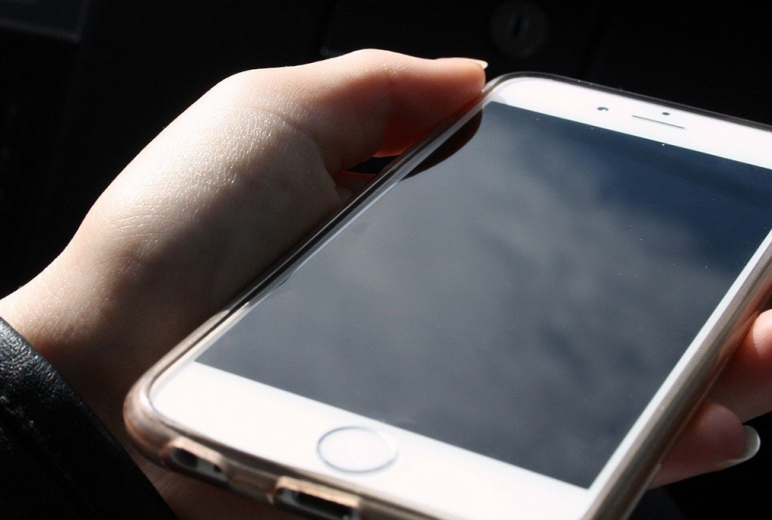 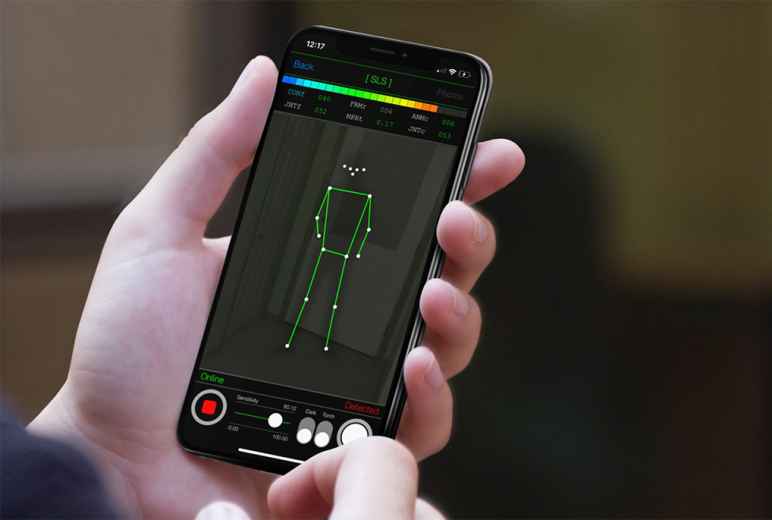 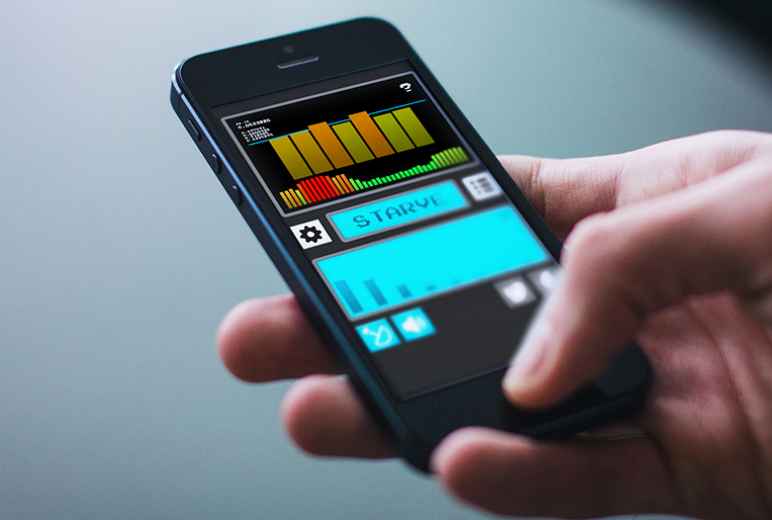 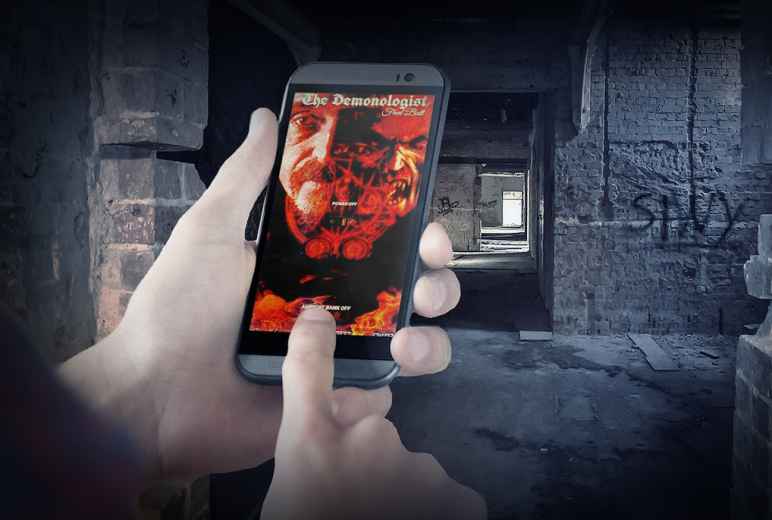