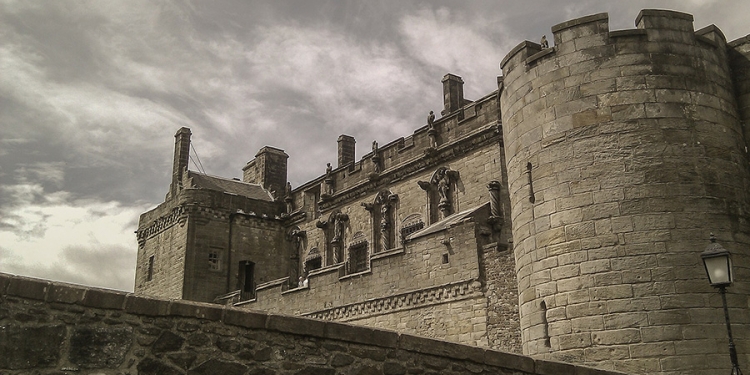 Photo: pixabay.com
With so many ghost stories relating to the many castles and historic buildings of Scotland, there's plenty of paranormal activity to get to the bottom of. Its historic streets are lined with countless buildings with sinister pasts, locations of death, murder and misery.
With so many ghost stories relating to Scotland, how much do you know about the spooks that are said to haunt there? Find out with the 20 tricky questions...

1. Staff and visitors have reported Skaill House plenty of ghostly activity, but where would you find this historic haunted mansion?

2. Which Scottish castle is said to be haunted by the ghost of a piper who mysteriously lost his life after getting lost in the tunnels below the castle?

3. A major road linking which two Scottish towns has has so many reports of paranormal activity that it has been nicknamed "the Ghost Road?"

4. The ghost of a man wearing 1930s style clothing has been spotted jumping from a bridge but vanishes before hitting the water, but which bridge?

5. Which cemetery in Scotland is the reported location of a vampire sighting?

6. Which theatre in Edinburgh has a resident ghost known as Albert?

7. In which castle is the ghost of Dame Lilias Drummond spotted?

8. Greyfriars Kirkyard has a famous resident ghost of a dog, but what is its name?

9. Which of these is a subterranean building which forms part of Mary King's Close?

10. Cell 10 is said to be the most haunted part of which former jail that closed to inmates in 1889?


11. In 2008 television show 'Most Haunted' investigated this haunted location and one of their team was scratched by an unseen force, but where was it?

12. Which of these ghostly vision has been spotted at Glamis Castle?

13. Which of these Scottish universities is said to be haunted by by several ghosts, including the spirit of a monk, a piper and ever a ghost ship?

14. Which park in Glasgow is said to be haunted by the ghosts of the soldiers who fought in the Battle of Langside there in 1568?

15. The ghost of a young girl looking lost and wearing old-fashioned clothing has been spotted at Argyle Street Arches, but which station are the arches located?

16. Which castle is said to be haunted by the ghost of an Irish harpist who was murdered by the Duke of Montrose's men in the 17th century?

17. Which Scottish king is said to haunt Provan Hall, one of Glasgow's oldest buildings?

18. A ghost known as Green Jeanie, who has been reported as long ago as 1842, is said to haunt which castle?

19. A pub in Edinburgh is said to be haunted by the ghost of those that were executed in the gallows that were once opposite the pub, from which the pub gets its name, but what is it called?

20. The Scotsman Hotel is said to be haunted by the ghosts of the building's former use, but what was the building previously?